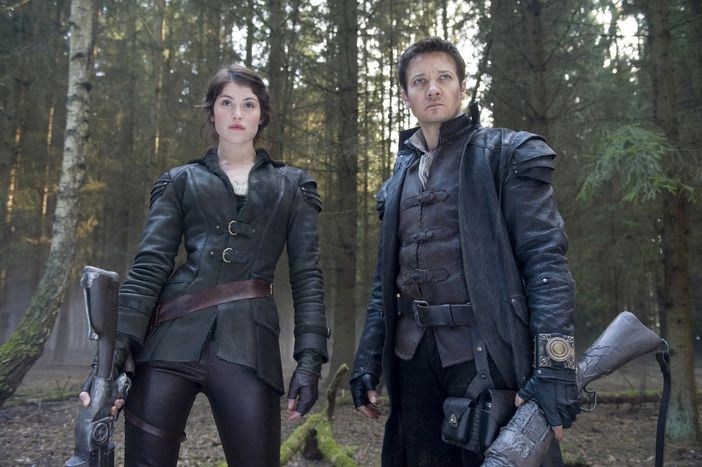 A US immigration fairytale: happy ever after?

Immigration is a key but contradictory topic in the run-up to the US presidential elections on 6 November. Both Mitt Romney and Barack Obama are toeing a careful line, lauding the USA’s origins as a land of immigration whilst promising to secure US borders. Confused? Let’s see what our fairy godmother would say about a few well-known immigrants

Snow White arrives in a foreign land and dedicates herself to contributing to its society. She demonstrates talent and industry, despite having to take on the menial job of cleaner. Nonetheless, how welcome she is depends a lot on whether she remembered to get her papers stamped on the way in.

If she did, she will be welcomed to the US by both Mitt Romney, the republican presidential candidate, and current president and democrat leader Barack Obama to the US. Unsurprisingly for a country built up by immigrants and pioneers, the USA champions legal immigrants with both candidates loudly proclaiming the role they play in society. Obama in particular has emphasised that immigrants who come to America to study should be encouraged to stay, not to take their genius and industry elsewhere – although he also recognises that the law makes this rather hard at the moment. Romney seems to agree. He offers less concrete policies than Obama, but is loudly and proudly proclaiming his own Latin American connections (his father was born to American parents in Mexico).

If however White has entered the USA as an illegal immigrant, it’s a rather different matter. If Romney comes to power, she might as well buy herself the first ticket out of America, as his blanket dislike of all illegal immigration has been clearly documented. Under Obama, she might have a better chance. Obama argues that businesses which undermine American workers and exploit undocumented workers (which White is) must be held to account, but he does offer a glimmer of hope. White just has to struggle through the red tape of registering, undergoing national security and criminal background checks, paying taxes and a penalty and learning English, before she can be eligible for citizenship. No pressure there then.

Hansel and Gretel: the children

Having been taken to a foreign land as children, Hansel and Gretel are, through no fault of their own, illegal immigrants. The pair would be welcome in the US at the moment: in June Obama used his executive powers to grant legal status to young people brought illegally to the USA as children. However, Obama’s measure is merely a stopgap solution. It allows such immigrants two years to live and work in the US without fear of deportation. Meanwhile republicans in congress continue to dither over the DREAM act, which would allow the brother and sister citizenship.

It must be mentioned that Hansel and Gretel’s tendency to eat other people’s property is worrying. Some might claim that this is the result of not sharing our culture and values. If they continue to misbehave and refuse to engage with American society, for example by going through the US school system or serving in the armed forces, they may be forced to return to their homeland. Even if they do toe such a line, their future isn’t all that secure. Republican candidate Mitt Romney disapproves of this ‘amnesty’ as he calls it. In 2007 he was quoted as saying that ‘illegal immigration has got to end and any kind of citizenship amnesty is troublesome’. However, he hasn’t said whether or not he will revoke the act if he comes to power; the children may be safe for a few years yet.

Goldilocks is a great favourite of the tabloid press and right-wing politicians: she’s the immigrant we love to hate. This is the scrounger who eats our food and sleeps in our bed (read – receives benefits funded by taxpayers’ money) but breaks our furniture and at the end of it all refuses to pay. Under Obama’s legislation, little bear’s porridge might just be safe. According the white house’s official website, ‘over the last three years, the Obama administration has dedicated unprecedented resources to secure our borders’. This should mean that no-one can just wander in to this land of good food and comfy beds. Obama has also dramatically increased deportations of illegal immigrants, so even if Goldilocks did get as far as the kitchen, she might well be chucked out before she manages to break little bear’s chair.

Being a traditionalist however, Romney has chosen to stick with the original fairy tale. Romney has called for a policy of ‘self-deportation’, under which life is made so difficult for immigrants that they choose to leave the country. Measures could include denying immigrants the ability to rent a house or get a job, but ensuring that Goldilocks and her ilk only have access to cold porridge and uncomfortable beds might just do the trick too. Add to that the potential for police harassment (particularly as this policy is based around colour and racial profiling), and Goldilocks might not be the only one fleeing out of the window.