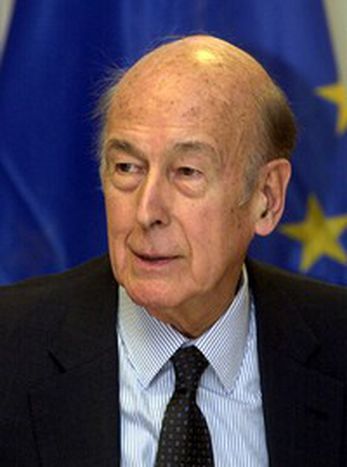 One of the most frequent criticisms of the EU is that it suffers from a ‘democratic deficit’. But will this be redressed by the Constitution?

The EU is not a perfect example of participatory democracy since the only directly elected institution (the European Parliament) is largely subordinate to the will of the unelected executive (the Commission). However, it must immediately be emphasised that over the last 25 years, since the introduction of direct European elections, democracy has gradually become more established in the European model. Most recently, this has been shown in the Buttiglione affair where Barroso, the President of the Commission, was forced to back down over his controversial choice of Commissioner by the Parliament. The Constitution will further augment the Parliament’s role, which will increase the democratic legitimacy of the EU for, if managed correctly, it will show that MEPs are in Brussels for more than just the sandwiches and voters can see their vote in action.

Another key, and very controversial, feature of the Constitution is the extension of Qualified Majority Voting (QMV) to cover areas such as Police and Judicial Cooperation in Criminal matters. Under the current ‘pillar’ system, decisions taken in these areas must be taken unanimously. Although opponents argue that QMV interferes with the sovereign veto right of a nation, it is submitted that this change is essential to improve efficiency and enhance the democratic legitimacy of the EU. To use an analogy, if you house-share with twenty-five people it is going to be difficult to decide who buys the milk if one person alone can frustrate the process. Although the weighting of votes was controversial during the negotiations (particularly in the case of Spain and Poland), it is logical that in a democratic system decision-making operates where possible upon a consensus – rather that upon limited opposition. Other examples of how the Constitution will enhance efficiency, and therefore also democracy, include an elected president for the European Council (instead of the six-monthly rotation under the current system) and a gradual slimming down of the number of Commissioners from today’s twenty-five to a total of eighteen.

Abraham Lincoln famously recognised that one of the fundamental aspects of democratic governance is that it must be ‘of the people, by the people, for the people’ and following this mantra would help the EU to go further than just the institutional reforms mentioned above and truly mitigate the perceived democratic deficit in the Union. An intriguing feature of the Constitutional text is that it introduces a ‘right of initiative’ for EU citizens . This will allow, hypothetically, any group of over one million citizens coming from a significant amount of Member States to petition the Commission to introduce initiatives. A similar clause is reported to been mooted at the time of the Amsterdam Treaty and its inclusion in the Constitution establishes a direct causal link between the citizen and the EU Institutions . If it is given the ‘teeth’ that it merits, this clause, coupled with greater transparency, would help challenge the pre-conception of many that the EU is beyond the reach of its citizens.

Changes to voting, greater efficiency, more power to the European Parliament, and the right of petition included in the Constitution all appear, on paper at least, to be a step towards ridding the EU of its ubiquitous democratic deficit. However, theory is not necessarily easily translated into practice. Ensuring that these innovations are realised is essential if the most is to be made of this opportunity for institutional reform and enhance the democratic feel of the Union