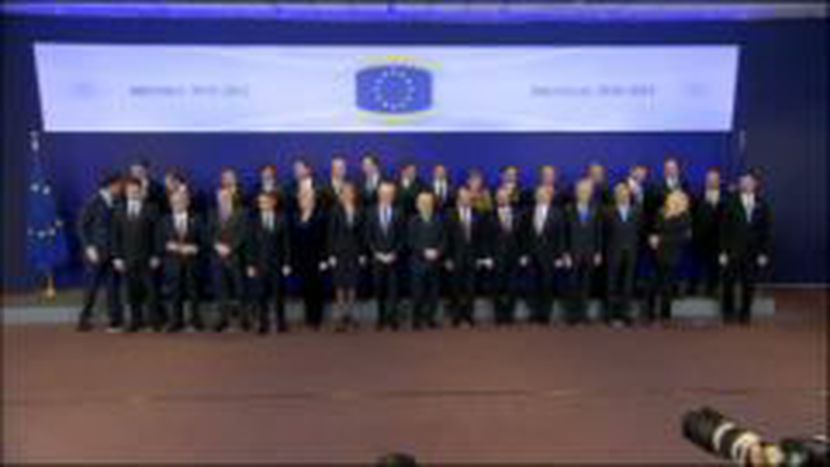 A step forward towards a banking and fiscal union

By Carlo Peano (Live from EU Council Summit) This week’s European Council Summit was not as pressed as the last summit. The financial markets are in a stable situation at this time. Furthermore, rumors that Spain would have asked for a light bailout of 45 billion Euro have reduced the interest rates of sovereign bonds of Spain and Italy.

This relaxed atmosphere should help take strong decisions for the medium and long term, leaving the short term problems to the next summit in November and December 2012. Unfortunately, this is only partially true.

On Tuesday, a European officer said:

The looked at the draft conclusions on the (EMU) and the interim report "Towards A Genuine Economic And Monetary Union" proposed by Herman Van Rompuy. In particular, they spoke about the for the banking sector. France, Italy and Spain want the SSM to involve all the Eurozone banks and enters into force the 1st January 2013. Germany proposes that the SSM only affects the biggest banks and Merkel believes that the deadline of 1st January 2013 is too early. The ECB agreed with the German chancellor. The EU leaders decided that the legislative framework will be delineated by 1st January 2013, but work on the operational implementation will take place in the course of the 2013.

The most difficult summits are paradoxically the meeting where there is no need to decide anything. In those summits the discussions are more zealous, and the European leaders have more extremist positions, since they don’t have to find any trade-off.

The UK also highlighted the possible economic distortions that the ECB could cause if it was also the bank supervisor. The European leaders confirmed the ECB as the bank supervisor but they emphasized the importance of a clear separation between the ECB monetary policy and its supervisory functions. They will also change the voting modalities and decisions under the European Banking Authority (EBA) Regulation, in order to assure the full respect of the integrity of the single market in financial services.Another topic on the agenda was the . Herman Van Rompuy and the French government were in favor of a common budget. The German government proposed a fund with specific and limited aims. The division between a Paris-Rome-Madrid alliance on the one side and Berlin on the other side was apparently too deep. The EU governments decided to give Van Rompuy the mandate to continue searching for a solution in order to have an integrated budgetary framework. This is a good exit strategy in order to prevent a deadlock.

Furthermore, the ESM will be able to directly when the SSM will come into force. This condition demanded by Ms Merkel could delay the Spanish request of a bailout.

The European Union historically progresses by taking baby steps. . However despite the relaxed atmosphere, EU leaders apparently took relevant decisions against this and future crises.

This summit is not an exception