A Sicilian voyage: In search of the perfect cannolo

We travel Sicily, from Palermo to the town of Piana degli Albanesi, in search of the perfect cannolo. This great opportunity offers us the chance to find out many interesting things about the favoured dessert of the Sicilian people, which has been exported across the world.

After having spent the morning conducting an intense culinary tour – it's time for dessert. Thus, in search of the "perfect cannolo", we continue on to the Ballarò market. This is the final stage of the StrEAT Palermo Tour – a tour of the street food of Palermo – which its creator Marco Romeo has organised for international and Italian tourists for several years.

The guests, armed with a "Foodie's Passport", can tickle their tastebuds whilst strolling through the Sicilian capital's Capo and Vucciria markets, before returning to the Cathedral via the Ballarò market.

We're at the Rosciglione patisserie "not only for the quality of the ingredients", explains Romeo, "but because the cannoli are filled on the spot by a family of confectioners who have been here since 1840. They are made to order."

We may well have found the perfect cannolo here, in the historic Ballarò market. The Saracenic origins of the dessert certainly fit well with this multi-ethnic marketplace. The story goes that the nuns of a harem from the central Sicilian town of Caltanissetta invented it as a tribute to the Emirs. 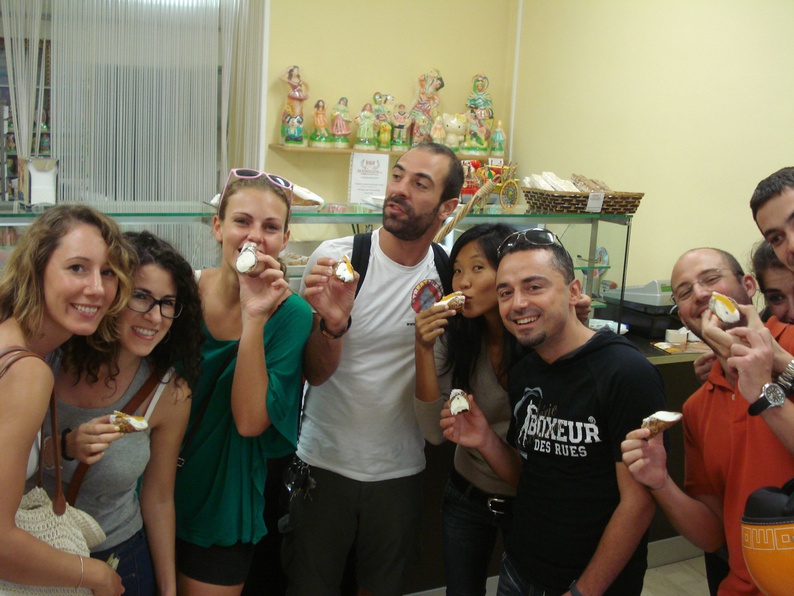 In amongst the culinary curiosities of Ballarò we come across a savoury version of the cannolo, which is served as a secondo – or main course. The pastry shell is actually made of minced meat and is filled with ricotta, with a small tomato replacing the glacé cherry in the middle. The whole cannolo is cooked and browned in the oven. A debate is immediately sparked amongst the stallholders, both for and against these meat cannoli.

Cannoli on the road

Returning to traditionally sweet cannoli, we hear mention of an offering in Piana degli Albanesi, an Arbëresch (Albanian) town 40 minutes drive from Palermo, where there is apparently a festival dedicated to the legendary dessert. In fact, we discover that the ricotta-filled pastry from the Cuccia patisserie has already been named as one of the top ten cannoli on Italian food website Scatti di gusto.

We decide, therefore, to venture down a road that would be well worth exploring irrespective of the promise of cannoli. We stop at Portella della Ginestra to admire an art installation by sculptor Ettore De Conciliis. It commemorates the massacre that took place here on 1 May 1947, carried out by the bandit Salvatore Giuliano. We also stop to admire Lago di Piana degli Albanesi from above.

Upon arrival in the main square of the pretty little town, we sample a cannolo at bar Extra. It's gigantic, with its impeccably crunchy and lightly bitter shell contrasting with the sweetness and freshness of the ricotta. This could well be the cannolo we've been searching for. 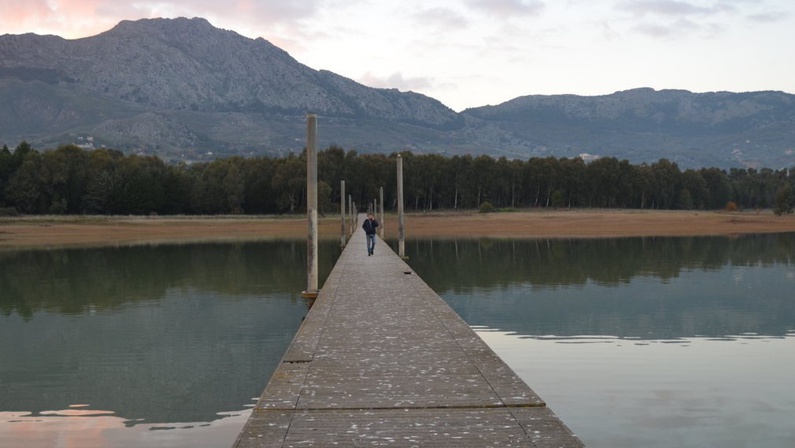 In the square we meet some kind elderly people who regale us with stories and anecdotes. What interests us most is their suggestion that we also taste the cannoli in the neighbouring village of Santa Cristina di Gela. They assure us that those are also very good. We willingly accept their advice, as the lake lies on the road between these two settlements, giving us the chance to see it up close.

"I've made cannoli in Sicily, Modena and Berlin"

Eventually we find ourselves in the square of Santa Cristina, a relic of ancient Sicily. We enter the bar del Centro and taste our third cannolo of the day. It's impossible to judge: there can be no true winner of the competition between the Rosciglione patisserie, the bar Extra and the bar del Centro. We're talking about three different – but equally perfect – executions of the Sicilian cannolo.

We want to get to know the Santa Cristina pastry chef, who we meet around a lively table filled with his relatives. "I've done this job for 35 years, since I was 15," Giorgio Principe tells us, "I do it because I have a passion for it."

His brother immediately butts in and jokes about that Giorgio is confusing passion and fame. With a good-natured manner, the pastry chef explains that when it came to choosing between bricklaying and baking, he had no doubts about his decision to go with the latter.

"I've made cannoli in Piana degli Albanesi, in San Giuseppe Jato, in Modena, whilst I was on military service, and in Berlin," he explains. In 2007, Principe won the prize for the "Best Italian Cannolo", a contest held in Giardini-Naxos in the province of Messina.

His "perfect" recipe involves white flour, pizza flour, lard, sugar, wine, cocoa and salt. Obviously also including the sweetened sheep's milk ricotta and dark chocolate: "But the important thing is that the products are locally sourced, with zero food miles," he explains. 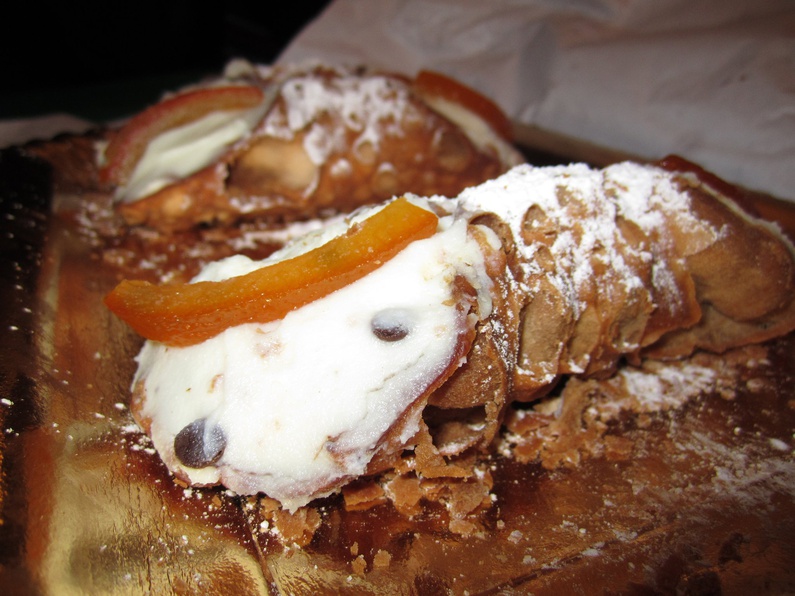 "The secret lies in the quantities of the ingredients and in the way you make the dough," he adds, before laughing heartily, "Obviously, there are the tricks of the trade, which I can't tell you!"

When we ask him about Piana degli Albanesi's cannolo festival, he says that he has never taken part because he has always had to "work like a horse": "The clientele for cannoli has changed, it's no longer a Sunday treat for people from the village. Young people, tourists and gourmands of all kinds arrive from Palermo every day, having heard about them on the online grapevine."

He bids us farewell, revealing that the true secret ingredient for making a perfect cannolo is, as with everything well made, dedication.