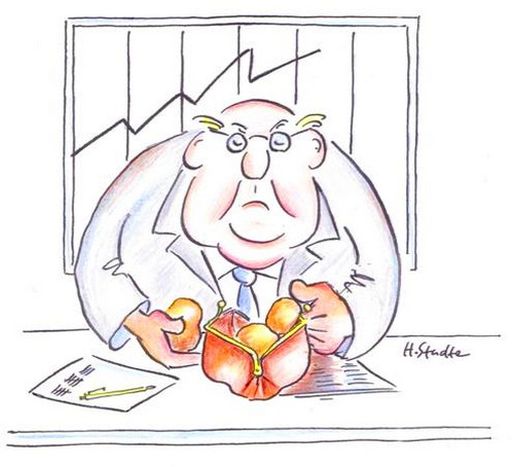 A potato in the budget

The term 'budget' may seem banal, but this most common of financial terms conceals an interesting tale of vegetables. Despite its English appearance, the word actually has its roots in French. Back in the Middle Ages, a bouge was a bag for vegetables which could be found hanging in every thatched cottage. A little bouge, or bougette, was a bag for keeping small coins in, piecettes in French. But the bougette's fame spread to such an extent that the English appropriated it, only to return the word to the French later in a different form altogether. Thus, this strange word 'budget' appeared in France in the middle of the 19th century; that's right, bougette becomes 'budget' when pronounced à la Jane Birkin. Oh la la - so English intonation has surreptitiously infiltrated the French language! It is difficult to imagine, however, that accountants will make the necessary etymological adjustments which would lead them to exclaim, “there's a potato missing in this budget!”