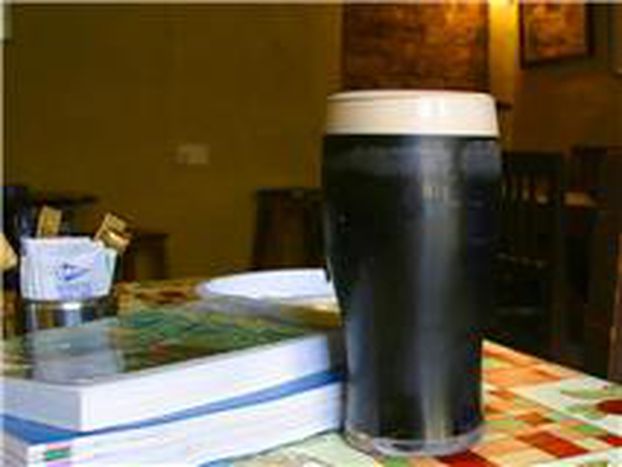 By Séan O'Dubhghaill On the back of the we set our sights on .Seachtain Na Gaeilge (the Week of Irish, for the uninitiated) kicked off this week in Ireland and in Brussels, see the list of events here, and now we at CafeBabel are casting our eyes forward to St. Patricks day on March 17.

There is a tendency to consign Paddy’s day to - Irish expats, overlooking and instead frequenting your local Irish pub, paying a premium (both for drink and it’s after-effects) for the privilege of being there. The most standout events are to be had during . They invite you to come and be . 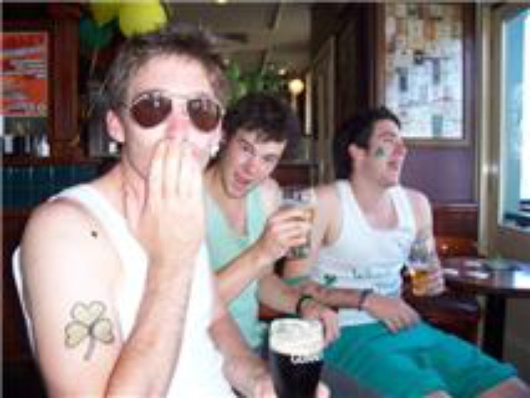 However, You don’t need to be Irish to enjoy these events- Usually those celebrating the event most are the people furthest removed from the process. You're bound to run into lads like these.

Why not make Patrick’s day your own? You can bring an Irish sensibility to any party this year. As an expat, I’m especially sensitive to not being “at home” this year. But that’s not to say I won’t celebrate. How and ever, I do anticipate being around people who are over-celebrating...

Why not try adopting a more subtle brand of Irishness? Recently (actor and King of Twitter...) tried his hand at using the (a few words of Irish).

This that I’d like to try advocating. Irish is the . Interestingly, European Commissioner for Research, Innovation and Science, opened the festivities in with impeccable Irish, showing it to be a living language, an association strongly felt and integral to the celebration of St. Patrick’s Day.

Like Fry though, fluency is not required. Below are common phrases written in phonetic-ish that I’d urge the reader to try their hand at: Conas atá tú? (How are you doing?) Go raibh Míle Maith Agat! (A thousand thanks!) Póg Mo Thóin! (Kiss my arse!)

More than just the black stuff

It is in this way that Paddy’s day can be transformed, the emphasis shifting from one day of the hedonistic consumption of black liquid to a day of experimentation with a living language and culture, trying to tap into what really makes the Irish .

The spectacular nature of St. Patrick's day exists in the making of it. While I encourage readers to attend the parade, I also encourage them to concern themselves with social engagements. Maybe it shouldn’t be viewed through rose-tinted glasses, but rather tinted glasses... So be sure to have a few drinks, surround yourself in good company and make it your own- albeit not in that order...