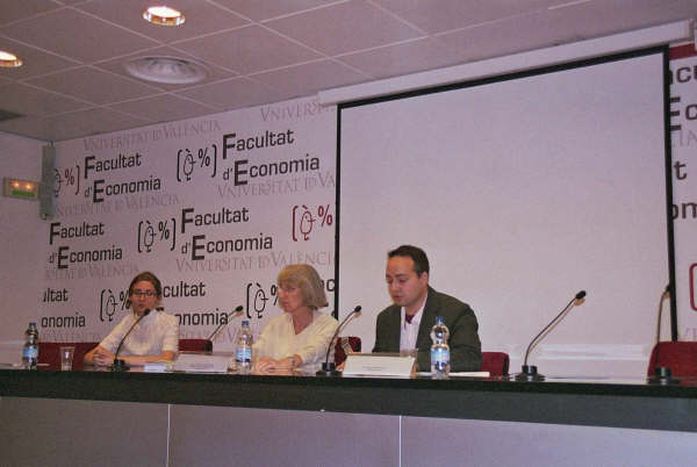 A new local team is born in Valencia

A new local team is born in Valencia, with a lot of energy to organize events, write comments and participate in this big project which is Cafebabel. Our oficial history started on May 9th, like the new face of Cafebabel, the Madrid team. Valencia joined the European joy with a Conference on the Lisbon Treaty.

In order to let you know what we did that day, I offer you a brief explanation of the Conference.

In the first place, we gave to the participants a pen drive that contained all the documents we were going to discuss in the Conference and some papers on the Lisbon Treaty.

We discussed about the Lisbon Treaty from two different perspectives: human rights and politics. Mireya Castillo (Professor of International Public Law. University of Valencia) spoke about the rights of European citizens. In the evening, we could enjoy the interventions of some representatives of some political parties that received a great amount of votes in the European elections: Amadeo Sanchis, from EUPV, and Albert Girona, from BLOC. We invited some members of the PSOE and the PP, but they refused to come.

Furthermore, Alfonso Moreira, from CDE (Center of European Documentation. University of Valencia) explained very clearly the sense of his job in the CDE and the range of possibilities that the center offers to us.

To conclude our Conference, two associations that work together with Babel Valencia explained their activities. Joaquín Sarrión represented the association of Constitutional Doctrine Analysts. Álvaro de la Parra represented the association Studies without Borders. From Babel Valencia, we consider that it is important to collaborate between youth associations, even if their objectives are different, given that a plural Europe makes no sense without this kind of dialogue.