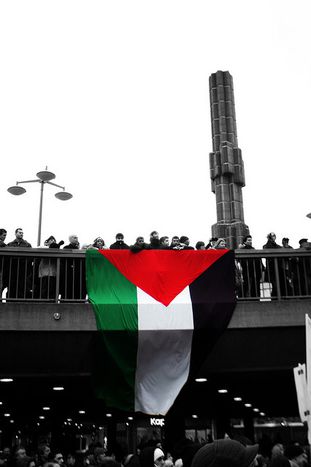 Sweden is about to be the first Member State of the European Union to recognise Palestine as an independent Nation. The United Kingdom also made this move, but with scant success.

In the beginning of the month, Sweden positively surprised the international community by recognising the State of Palestine. This initiative sprung up by the recent prime-minister, Stefan Löfven, who assumed his office on October 3rd.  Swedish Foreign Minister, Margot Wallström, didn't hide her indifference towards EUA's criticism, saying that the "US won't define our policies." It is not a surprise that Washington doesn't want to see Palestine as a sovereign state.

Later, Labour MP Grahame Morris asked British MP's to vote on a motion with the same purpose: Recognition of Palestine. The motion was a reaction to one of the very recent conflicts in Gaza, which killed 2,100 Palestinians and 73 Israelis.

However, Prime-Minister David Cameron abstained on the UK vote to recognise Palestine. "I've been pretty clear about the government's position and it won't be changing," Cameron's spokesman said. Although this initiative from the Labour Party has a lot of symbolic impact from an international perspective, the Westminster vote won't have any legal acknowledgement in the UK Government and the probability of changing official policies is remote. All the Nations which have recognised Palestine as a State must undergo a bilateral negotiated process with Israel, to define the borders of what would constitute the Arab territory - which won't happen with the UK.

Over 130 countries currently recognise Palestine, mainly in Africa, Asia and South America, but a lot of EU countries don't. Within the EU, some Nations such as Hungary, Poland and Slovakia, have made the recognition, but they did it before joining the European Union. This makes Sweden the first Member-State to recognise Palestine.

The Palestinians have fought for decades in order to gain an independent state in the West Bank and Gaza. Of the 193 member states of the United Nations, 134 have recognised the State of Palestine as of 27 September 2013. Recognition has been an incessant ambition of the Palestine Liberation Organisation since Yasser Arafat proclaimed a Declaration of Independence on November 15th,1988, almost 26 years ago.

In 2012, the United Nations approved the de facto recognition of a Palestinian state. In this official act, 138 countries voted in favour, nine against and 41 abstained. Belgium, Portugal, Spain, Sweden and other European countries voted in favour. The Czech Republic was the only country in Europe joining the United States, Israel, Canada, among others, in voting against the recognition of Palestine. The EU countries that abstained were Bulgaria, Estonia, Germany, Hungary, Latvia, Lithuania, Netherlands, Poland, Romania, Slovakia, Slovenia and the United Kingdom. After research, it is not exactly precise why  Hungary, Poland and Slovakia first recognised (before being a member of the EU) and afterwards, during the General Assembly of the United Nations, these three countries abstained for the same cause. Despite all the efforts, there's still a long walk to make in order to give the Palestinian people the honour and dignity they deserve. Nevertheless, this small step taken by Sweden was a very important one for the Arab people in Palestine, giving them the most important thing - hope for the future.