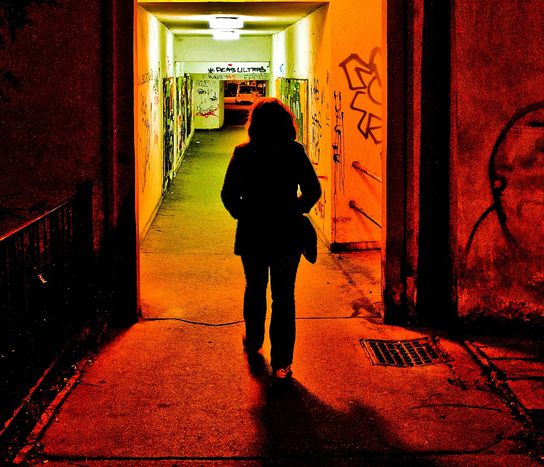 A Palermo actress plays out the silent struggle of a woman who unknowingly becomes the wife of a mafia member. In a theatrical piece rich with historical references, the viewer experiences the character's alienation and sense of madness. Teatro Transit, a small international company that made ​​its way from Paris to Palermo, has come out with this new play, Un errore umano (‘A Human Error’)

Rita Atria, Felicia Impastatoand now Lia. The name of the protagonist in the play Un errore umano could easily fit in the list of names of real-life woman who sacrificed their lives for legality and for the fight against the mafia.

‘My father and mother were on their knees begging me to forget him. I married Vito anyway, the son of a respectable man’. This is how Lia begins her story, regretfully having become a mafia wife. ‘At first he was kind. Later, you couldn't dare ask him where he was going each night. Until one day I found out’. The husband, with the consent of the family doctor, puts Lia in a psychiatric ward, but Lia still doesn’t give up on her determination to continue her lone battle against the silence and the omertà (solidarity among mafia members) that surrounds her.

The madness of she who fights alone

‘The theme of madness is linked with the stories told by the mafia’, says Serena Rispoli, the Sicilian actress who plays Lia. ‘I now know why the majority of those who left the mafia have been made to look like crazies, madmen. It was to discredit them and their words. Either that or every Sicilian lives in an altered reality, where the truth is falsified. What Lia displays on stage is this same feeling of madness that every person feels when they hit this wall’. Lia doesn’t blindly accept her life as a prisoner and opposes with all her will the play that the psychic ward director has put on to distract the patients. She’s not going to play along; she would rather rebel against the role that has been written up for her. 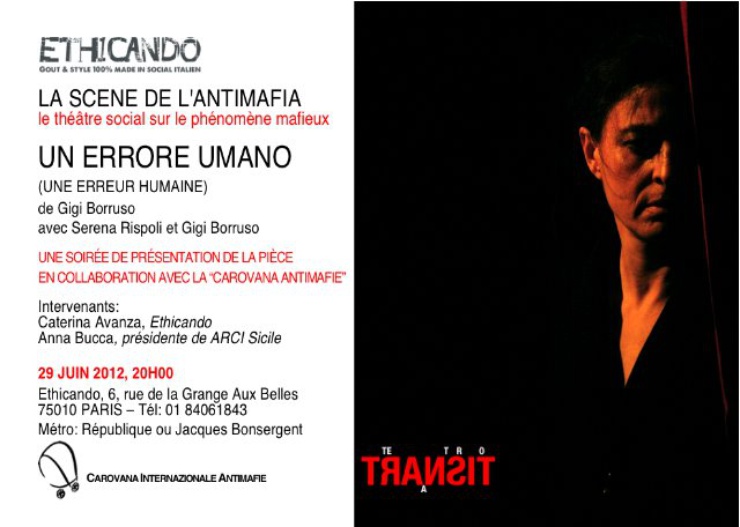 The play ‘Un errore umano’ was released in the anti-mafia product store Ethicando in Paris, on the street Grange-aux-Belles. The text was written by the actress Serena Rispoli herself and Gigi Borruso, who both studied in Teates di Palermo before founding Transit Teatro. Currently the company has three plays performing in Italy and France: ‘Un errore umano’, ‘Fuoricampo’ (which won the 2009 Tuttoteatro Dante Cappelletti prize) and ‘Luigi che sempre ti penza’ ('Louie who always thinks of you', based on the issue of immigration and which was performed before the Italian consulate). The Paris performances were made possible thanks to Ethicando’s hospitality and the Anti-mafia Caravan’s collaboration. As a symbolic gesture, the caravan plans to end its tour in Sicily just in time for the February 2013 closing of the last two judicial psychiatric hospitals in Sicily. 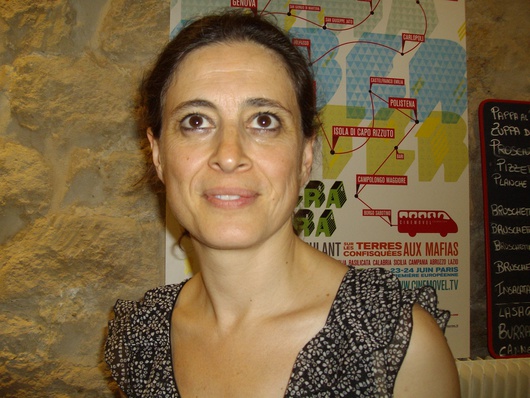 ‘I began writing the text in 2008 after Serena suggested it’, says Borruso. ‘It was a period in which we watched with horror the fall of the anti-mafia tension in our country.' While Lia’s story is fictional, it is inspired by the declarations of justice for Rita Atria and Giuseppe (Peppino) Impastato’s mother. For those who are familiar with this issue, the historical references are far and many, spread throughout the play. For example, the questions Lia asks her husband bring to mind the silent struggle in Impastato’s home between Felicia and her husband Luigi, Peppino’s father; the exasperated phrase Lia uses when, while watching television, she finds out about Paolo Borsellino's death: 'I was here (in the psychiatric ward) when they killed him, and I thought this place would become my tomb'. These were probably the same reflections that led Rita Atria, the very young judicial witness, to commit suicide a week after the Massacre of Via D'Amelio, where the anti-mafia magistrate, friend and spiritual mentor Paolo Borsellino and his escort team were killed. ‘As a Sicilian, these are stories that affect me personally’, explains the actress. ‘After Borsellin’s attack we thought everything was over’.

The spectator slowly sees the surrealist scenario unravel (the skeleton on the wedding bed meant to represent the camouflaged cage in which the protagonist has trapped herself), but the story couldn’t be more real: ‘It has always been hard not to fall in the same old themes of the televised fiction dedicated to the mafia’, confides Serena. ‘Hence our work has been focused on catching the essence and depth of the scenes, the setting and the ways in which to transmit the feeling of strangeness to the audience’. She later adds, ‘I like Lia’s character because she is irreducible. She plants herself in the center of the scene and refuses to participate with the others around her’.

'Siamo vivi per miracolo', concludes Gigi Borruso. It is a miracle we are still alive. Surprisingly, the two actors have not yet received any threats or blackmailing. For once, the mafia has not interfered. The only danger posed to future performances by this company are those of funding and free space. ‘We hope to show the entire play by next fall in Paris. We have been invited to come show it in (Italian cities) Trento and Trieste, and count on the continued collaboration with the Anti-mafia Caravan. But we have yet to see’.

To follow up on Transit Teatro’s news, join their Facebook profile or read their latest news on Gigi Borruso’s homepage.