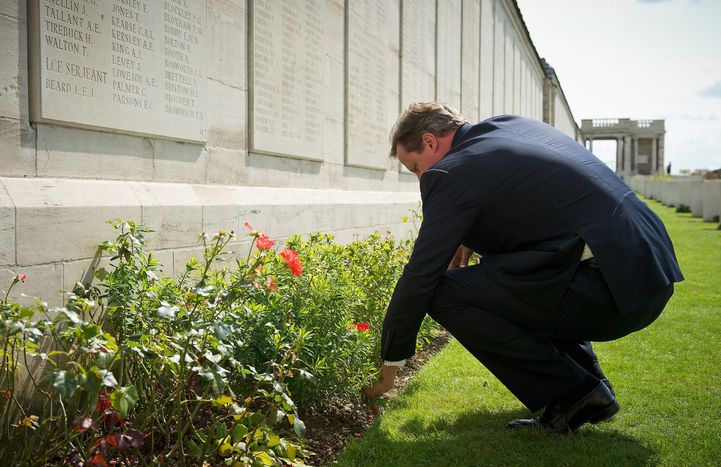 A German take on the UK elections

The views of a German in London over the results of a 'primitive knockabout comedy', the 2015 UK General Election, which ended with Conservative Prime Minister David Cameron being re-elected for another 5 years.

Having lived in London for roughly half a year now, I've gotten used to the (mostly lovely) British quirks, be it their dedication to apologies, their obsession with the royal family (#CharlotteElizabethDiana – please don’t get me started!), tea and cricket.

However, with the General Election campaign and all the fuss around it, a whole new chapter of British quirkiness popped up, including discussions about how many kitchens (and pans) are appropriate for a political leader, the use of social media (#Milifandom; #JeSuisEd), the importance of a long-haired comedian’s support, the crucial role of a bacon sandwich, and the rather minor role of actual politics - with the EU leading the way. At the end of it, David Cameron is the smiling winner.

But let’s start from the beginning: For decades, the election outcome wasn’t as uncertain as it was this time. Even experts on British politics seemed to awkwardly shrug their shoulders on BBC News few days ago. Everything seemed possible, a return of the Tory-Lib Dem coalition, a minority government led by Labour with some support from the Liberal Democrats or even the Scottish National Party? These uncertainties seemed rather new in the United Kingdom. Actually, until 2010, the voting outcome in the UK seemed rather simple. Due to their electoral system, first-past-the-post, really only Labour or the Tories could be sure of the Queen’s remit to form a government.

However, in 2010 things changed as neither Labour nor the Tories won an outright majority with the consequence being a coalition of David Cameron’s Conservatives and the Liberal Democrats. To cut a long story short, coalitions are not really the Brits’ cup of tea. Actually, telling my British friends about the fact that German governments, apart from few exceptions, have always been consisted of coalitions, resulted in sympathetically patting and the dictum “I’m so sorry, dear!” – leaving me distracted like so often when talking politics here.

This election could have been a new starting point for a reformation of the majoritarian electoral system in the UK, but with the Conservatives winning more than half of the 650 seats, this discussion is likely to be postponed. And let’s be clear: Despite all the criticisms of the “winner-takes- all” principle, at least it kept UKIP out of gaining influence in the parliament. However, the outright majority of the Conservatives was massively unexpected. With six(!) parties capable of winning seats in the country’s constituencies you sometimes had the feeling of witnessing a Schmierenkomödie (a primitive knockabout comedy) with characters a writer has come up with after having one pint too many.

Starting with Eton's David Cameron, the personification of the British stereotype trying to be in touch with the common man by “inviting” them into his kitchen (one kitchen – many pans) and discussing his future over a chicory salad. This Come Dine With Me-style session was only topped with him hand-feeding a cute lamb during the Easter holidays (Memo to David’s spin doctor: try kittens next time!) and a Buzzfeed interview where Cameron revealed his passion for the movie Frozen.

His direct rival, Ed Miliband, bears an obvious resemblance to one of the main figures in Wallace and Gromit and has had difficulties in the past with properly eating a bacon sandwich. On top, there was a pinch of drama: Ed apparently “stabbed” his brother David Miliband in the back in the battle to succeeding Gordon Brown as Labour leader some years ago. Even worse for his reputation, Ed possesses two kitchens – how posh! The media and the British seemed to have already decided that Miliband’s lack of media competence and incapability of eating a bacon sandwich made him an ineligible leader.

The election soap opera already seemed one-side in the press, but that’s where social media came into play. While Cameron is famous for saying “too many tweets make a twat”, Miliband couldn’t use enough social media channels. His clever move of doing a Youtube interview with Russell Brand – the long-haired comedian, ex-husband of Katy Perry and British King of Twitter, gave Ed access to half a million mostly young potential voters. Not entirely coincidental were the trending hashtags #Milifandom (teenies declaring their love and support for Ed) and #JeSuisEd (people posting pictures showing them failing to eat a Bacon Sandwich).

Worthy of note were also the supporting actors of the Election thriller: There's UKIP's Nigel Farage playing the populist and racist uncle, who is rarely spotted without a pint in the one hand and a ciggy in the other, swearing about immigrants and the EU (something that's actually becoming pretty popular in the UK – there's nothing like a defenceless scapegoat!) and Nick Clegg who screwed up his political career by playing David’s best mate and raising university tuition fees sky high. The Oscar for Best Supporting Actor however goes to Nicola Sturgeon (SNP) with her simple and punctual pronunciation of Scottish influence, kicking Labour out in most Scottish constituencies – ouch!

While the cast of this knockabout comedy is splendid, our script writer was a bit sloppy with the content. The big issues of the election were clearly welfare, NHS and immigration. The big topics, like the EU (Hello? Anyone? David promised an EU referendum in case of re-election) were reluctantly touched on except when Uncle Nigel decided to bash Romanians and Bulgarians.

But the EU-UK relationship has always been a difficult one and dragging it to a referendum has been stigmatised for years. “You know, it’s like an affair, the UK and the EU”, says Tim, a forty-something businessman I got talking to in my favourite East London pub where the crowds were waiting for the first election results. “The sex is good, we have the same interests, we just don’t want too much commitment.” Apparently UK and the Generation Y seem to have the same problem when it comes to relationships.

When the first exit polls appeared on the screen, British emotions boiled over in the pub. “I can’t believe it - absolutely devastating!” - became a mantra for the Labour supporters at the table next to us. At four o' clock in the morning, I finally left, dizzy over my pint consumption but more so about this soap opera turning into a tragedy.

David Cameron has won the election, and thus an EU referendum is pretty much set for 2017. From the corner of my eye, I saw Tim and his mates through the pub window and I'm not sure if they will ever confidently hold hands with us continental Europeans publicly. But maybe – maybe - this is a chance for a fresh start!