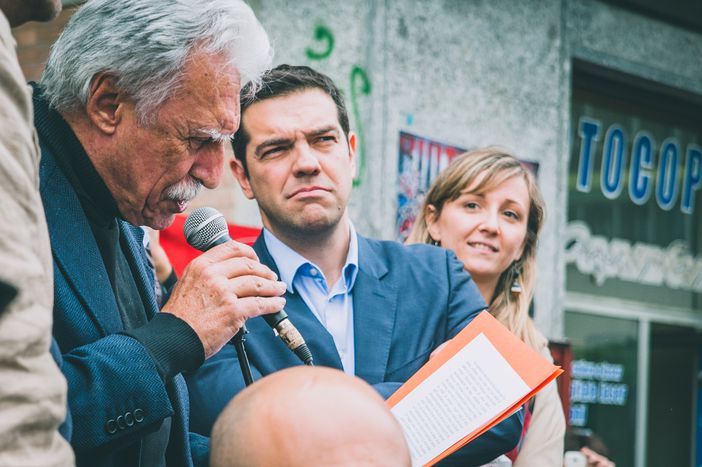 A F(l)ight for Democracy: Greek Youth Excluded from Historic Elections

In front of Syriza's apparent march to power, the present pro-austerity Greek government seems mostly afraid of young voters. 100,000 young Greeks who just turned 18 will not be able to vote due to 'technical reasons', while all the Greek diaspora — including thousands of young migrants of the recent crisis — still cannot vote from abroad, even from countries within the European Union.

Shortly before Greece's parliamentary elections, all polls already suggest a clear, historical victory for Syriza. Greece's radical left party has already won the European elections of last May and is now about to break once more the dominance of New Democracy and Pasok, the two pro-austerity parties which have  monopolized political power since the fall of the Greek dictatorship in 1974.

If Syriza wins  the upcoming national elections, it would symbolise the end of an era in Greek democracy, and maybe the start of a new one in both Greece and Europe. In fact, if Alexis Tsipras — the young Syriza leader — finally manages to form a majority government on Sunday January 25th , this will be the first-ever radical left-wing government in both Greek and EU history.

Yet, however clear and historical a Syriza victory might be, it may still not lead to a solely Syriza government. For now, no poll gives Syriza the 151 seats needed to ensure a majority in the Greek parliament. And since the Greek Communist Party (KKE) repeatedly rejects any cooperation with Tsipras, other parliamentary coalitions could be a complicated game for Syriza. Almost all possible coalitions include pro-austerity or right-wing parties, or the neo-nazi Golden Dawn.

Thus, the current government desperately wants to keep Tsipras from gaining these 151 seats. And they seem more than happy to exclude from voting any possible Syriza voter, and first of all youth.

The Age of Democracy: Too Young to Vote? 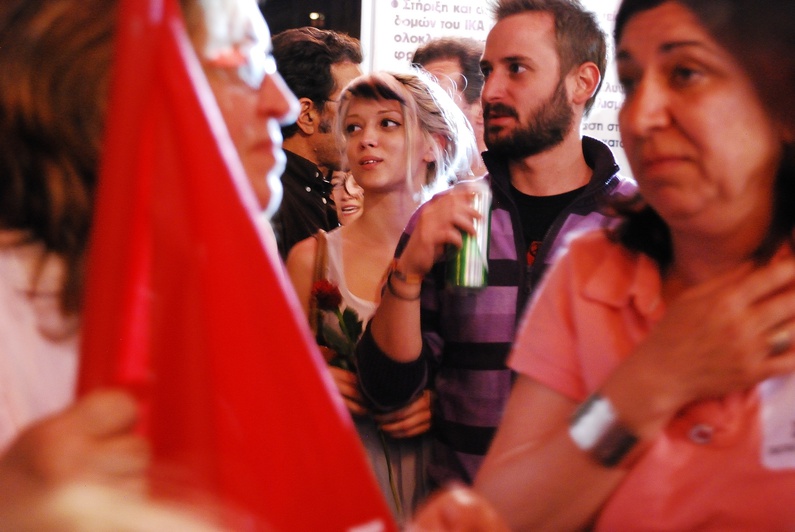 However, there should be about 100,000 more youth voting this Sunday. Actually, more than 100,000 students born in 1997  will turn 18 in 2015. According to Greek electoral laws, citizens have the right to vote on January 1st of their 18th year. But the bureaucrats will only add their names to the electoral lists in February, when they are traditionally updated.

Somehow, these upcoming elections, which were predicted since September, occupied the government to the point that they did not have the 'time' to update the digital catalogue. So, 100,000 young people will not be able to vote due to 'technical difficulties'. Yet, the very same government has always found the time and solved any technical issue when it came to adopting retrospective anti-constitutional austerity measures or selling-out all country's wealth like a bankrupt grandson who steals and sells his granny's jewelery.

Young voters shouldn't be shut down. Even those voting for the Golden Dawn reflect unfortunately the modern Greek reality of a huge economic and social crisis. And they should be heard, understood and helped. They should express themselves and vote. Especially when even the imprisoned members of Golden Dawn will participate in the upcoming elections as voters and candidates.

The Flight for Democracy : Too Far to Vote?

As the possibility of a Tsipras' government wakes up again all kind of different scenarios about the famous GRexit  — Greece exit of the Eurozone —,  the real GRexit is actually taking place. During the last years of financial crisis, more than 200,000 Greeks have left the country.

In these years of crisis, Greece is also facing this huge loss of human capital. With one-third of the population at risk of poverty and youth unemployment at 60%, it is no surprise that migration outflows have risen 300% on pre-crisis levels. We often call them Generation G: they are young, gifted and Greek. They may represent the largest brain drain in an advanced western country in modern times. More than 35,000 Greek doctors have emigrated to Germany, while the Greek health system is literally collapsing.

These young Greek migrants, together with the entire diaspora and any Greek accidentally being abroad this Sunday, will have to watch these historic elections on their TVs. Greece's permanent refusal to allow voting from abroad sounds really bizarre for a Western European country. Even Greeks residing within the EU are not able to vote from abroad. In fact, the vote right of the millions of Greeks living abroad has always been a delicate question for greek society. The recent huge migration flows have just exascerbated the problem. 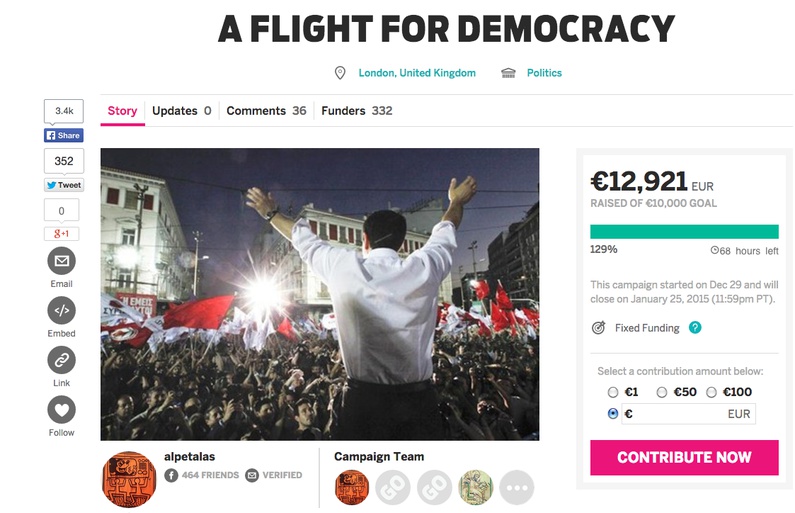 In 2007, 2012, and 2014, going as far as the European Court of Human Rights, Greeks living abroad have tried to change this law. Syriza would like to see this change and its voters are motivated. Some younger Syriza voters living abroad are organizing a crowd-funding online campaign called 'A flight for democracy' in order to raise enough money to fly back to Greece this Sunday. Having already attained their original goal of 10,000 euros, they keep asking for support since more young Greeks are joining the waiting list for a ticket.

However, many other young Greeks are undecided. In this case, abstention will not be a personal choice, but a question of airlines' price policy. Indeed, what is the price of a vote today? Among Greece's numerous dilemmas, paying or not for the right to vote is an unnecessary one. And this Sunday, many young Greeks will unfortunately be too far to vote for their country's future.

Democracy is a Greek Word

Independently of Syriza's future choices and coalitions, a radical left party gaining power in a EU country is a symbolic moment. Greeks may have served as a political and economic experiment during these past years of crisis, but now it seems like they start experimenting themselves. Tsipras is often seen to represent a new Europe and the apparent renaissance of the left in the Mediterranean, together with the Spanish Podemos and other movements. But in Greece, there is a scare mongering strategy against voting for Syriza. Images of economic disaster and the GRexit. Several European leaders have asked Greeks to vote “correctly”. But even if fear affects other voters, Syriza represents hope for young Greeks. As it was rather difficult for the current government to frighten young people, it was much easier to exclude some of them from voting. But despite all these young Greeks excluded from Sunday's elections, Syriza is still leading in the polls and will probably form the next Greek government. Alexis Tsipras may be given a historic chance to end a dark period in modern Greek history and remaking democracy a modern Greek word.