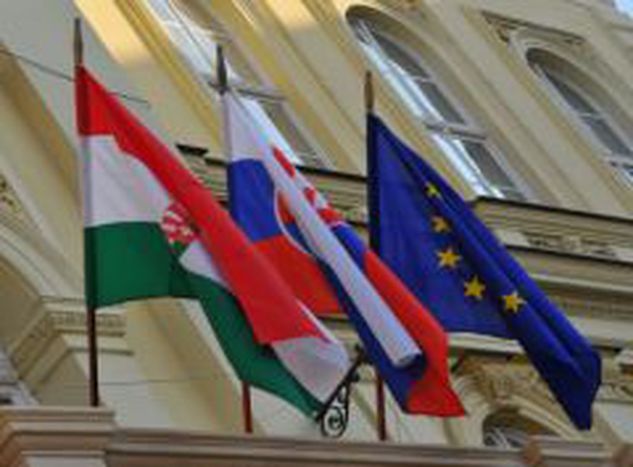 A disputed common past

During the past two years relations between Hungary and Slovakia has been constantly deteriorating. You could read about the current issues of the two neighbouring countries' relations in our blog, but had not dealt too much with the historical background of this recently growing 'confilct'. Where do these bad feelings and attitudes occur from?

The problem originates from far in the past, in the common history of the two countries and the emergence of the nationalistic ideology in the 18-19th centuries.

In the medieval period, language was an indifferent factor in one’s identity. After the Hungarian tribes had settled down in the Carpathian-Basin and formulated a rather successful kingdom, they lived together with the ancestors of the Slovakian nation (sclavus). In ‘Uhorsko’, the Slovakian name for the whole territory of historical Hungary, the sclavus’ were footed on an equal basis with all other people of the country. A serf of Slovak mother tongue suffered the same slot as his Hungarian speaking neighbour. Nobles of ‘Slovak’ families enjoyed the same rights in the parliament (situated in Pozsony, Bratislava) as the ‘Hungarian’ nobilities.

The first Slovakian linguistic memorials are folk ballads on the Mongol invasion of Hungary in 1242 and other memorials dealt with the battle of Mohács , or with the death of Miklós Zrínyi who is a ’Croato-Hungarian’ viceroy as well as a famous Hungarian writer.

In this period the solid basis for the Hungarian kingdom was the king who embodied the common interests of the people who lived together under its ruling. The common consciousness of the nations can be revealed by the literary of bilingual, Hungarian and Slovakian writers (e.g. János Rimay) who wrote the same poem in Hungarian but put it down also in contemporary Slovakian at the same time. The nobles spoke in three or four languages, correspondence with each other by way of using all of them, without any trouble.

One can quote much more examples for the demonstration of a common identity regardless of the place of birth or the native language. Hungarus, nor Hungarian, nor Slovakian, identity had long - for at least 9 hundred years - existed before nationalism came to the forefront in the 19th century.

Nevertheless, during the 1848-1849 revolution, when Hungarians intended to separate from the Austro-Hungarian Monarchy, the Hungarian nobles forgot that if they have the right to speak their own language, other minorities will have the same claims. The intention of both Hungarians and Slovakians to formulate an own country, use their own culture and language shattered the previously common identity that was characteristics of them throughout in the past. It was a major fault of the Hungarian nobles to neglect the Slovakian minority (as well as all other minorities) during the Hungarian revolution. This historical view is also unanimously shared by the Slovakian historians.

The present Slovakian view of history regards the Hungarians as despot and queries or diminishes the common past. This judgement was strengthened by the first Vienna Award in 1938 (annulled in 1947) by means of which territories, attached to Czechoslovakia by the 1920 Treaty of Trianon, were returned to Hungary.

The shattered history gives rise to a so-called Hungarian-phobia amongst the Slovakians and this new nationalistic ideology gives a solid background for the anti-Hungarian statements like Slota’s speeches. The idea of writing a common history textbook is also on the agenda however it seems rather difficult to write it without mutually accepted historical background.

In 2006 the Slovak national party (SNS) led by Ján Slota became member of the ruling coalition led by Smer, prime minister Robert Fico’s social democratic party. Later on incidents motivated by ethnic hatred caused diplomatic tensions between Slovakia and Hungary. Both mainstream media blamed Slota's anti-Hungarian statements for the worsening ethnic relations, tough on the other hand Gyurcsány’s government was also criticised for not taking all the necessary steps in order to stop strengthening of far right movements in Hungary.

People living in Slovakia say that the relations among the two nations are well-balanced, and in general there are not daily disputes or any negative attitude towards each other. On the other hand many feels that today’s concerns and problems are much more media-generated then on the ground. They blame politicians for not sitting down in time to talk through misunderstandings and to clarify intentions of each other. The Base Treaty signed in 1995 by the two countries regulates all the areas of cooperation and establish the framework to settle down minority’s rights in both sides. According to this treaty sectoral joint committees should be the platform of continuous dialogue between the two countries, but during the last couple of months these bodies were inactive and missed to hold any meeting.

Sending high words and provocative messages in the press is defiantly not the way how two member states of the European Union should fix up a quarrel. It does not bring a good message from none of the countries and whether they do not seem to care too much of it on the long run could seriously damage their judgement and credibility in the European family.