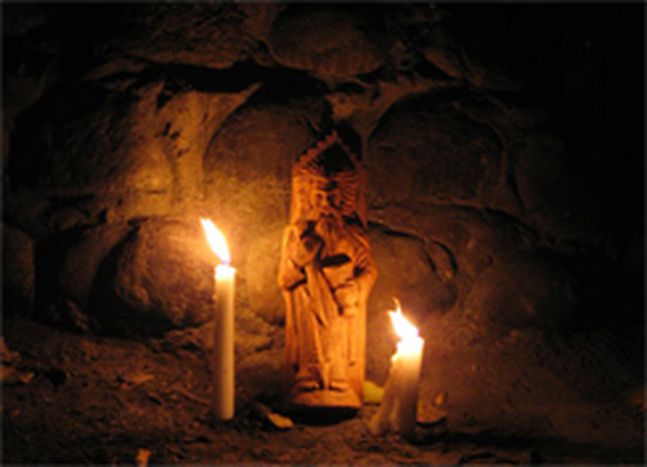 A Day without Catholic Chains

The last pagans in Europe – Lithuanian people were Christianized in 1387. 620 years passed by and now 79% of Lithuanians say they are members of the Roman Catholic community. They prepare for Christmas, but more than this religious holiday Christmas Eve is welcome. And they probably do not presume that the origins of all the traditions they keep on that day are pagan.

There are only 1270 official believers, who care about ancient Baltic religion Romuva. Krivis Jonas Trinkūnas tells about the ancient Baltic traditions and explains  the meaning of Christmas Eve (24th of December). 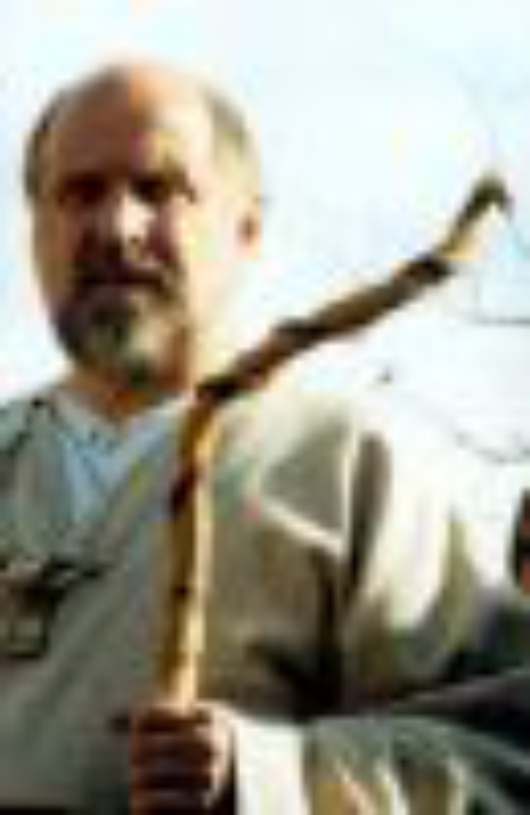 “The ancient Lithuanian culture and religion has a lot of chthonic elements - earth, nether world and mythology of the dead.  In XIX century in the peasant traditions a commemoration of the dead was dominating in almost all calendar holidays.

Christmas Eve is exactly the day of a commemoration of the dead together with ritual regale. The dishes prepared on Christmas Eve are dedicated to the dead – no meat, no milk and eggs. The most important ingredient of these dishes is cereal. „Kūčia“- special ritual meal is made of them. Stew cereal, poppy seeds, nuts, honey, peas and more are also mixed together in it. Other meals – mushrooms (it is a chthonic meal of the dead), fish, various berries and fruits. The religious meal “Kūčiukai”, or “Šližikai” now is the most popular one. The number of dishes on the table usually is 9 or 12 and it is a must to taste them.

While the family sits together at the table, an empty plate is there for the recently dead family members. The owner goes around his house with the meal „Kūčia“ in his hands and knocks on the door. All people inside are asking: „Who is that? “, „This is me, God“, - he answers, because he represents the God of souls, or the God of all the spirits.

On that night of souls the frontiers between the dead and living disappear. Therefore, the spirits are present near the table. There are a lot of things you can learn from them, which are usually impossible to discover otherwise: what will happen in the next year? How big will the harvest be? When you will get married or die? On that night many things are settled by lot, which reveals secrets of life e.g. pull a straw from under the tablecloth (the longer the straw, the longer your life will be), wax is poured into the water etc. All wishes made on that night have great power – they come true. 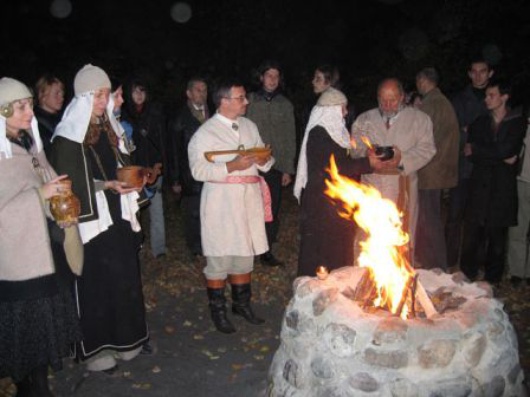 It is important to visit all the animals in the evening and to feed them, visit garden trees and hug them. It is a universal feast. The meal for the souls is left on the table through the night. 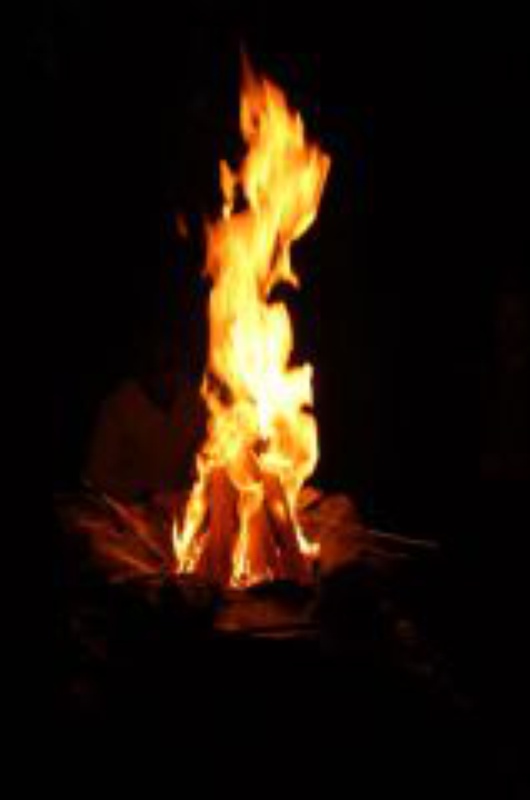 Christmas and Christmas Eve – are like one long holiday for doing good deeds and sharing happiness and, of course witing for the beginning of the New Year.

The chronicler of the Pilaitė community dr. Angelė Šarlauskienė noticed that: "Kūčios, Christmas and New Year are similar celebrations for the modern Lithuanian, because at that time we turn back to the past and stand on the tips of our toes to see a glimpse of the future so that we can find the shortest and the most direct route leading to our goals".

According to her everybody prepares for the celebrations by cleaning inside the house and out as well as within themselves, everyone rushes to finish the last pieces of work left over for this year and to prepare to greet the coming year. Usually during the Christmas celebrations the less fortunate are remembered: aid is given to families with many children, the poor and orphans.

The celebrations are similar, but Lithuanians have different perception. Christmas brings joy, because of friends visits, and Christmas Eve is a very private evening full of traditions and rituals. No one should disturb the family during Kūčios.

So, despite centuries and professed religion, there is a strong element of ancient faith in Lithuanian lifestyle, neatly grown in one of the biggest Christian holidays – Christmas.