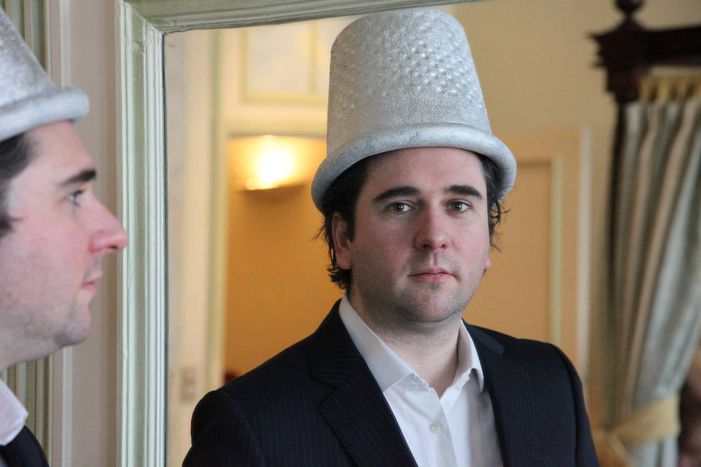 A daring fashion designer in support of LGBT rights

Cafébabel Brussels recently had the opportunity to talk with Kristof Buntinx, a Belgian Fashion designer, who is also a gay activist. He shared his thoughts and impressions about the recent “Brussels Gay Pride” celebrations.

Kristof BuntinX is a Belgian fashion designer based in Brussels. He has recently published a book featuring part of his work over the past few years. It includes pictures of his underwear collection named: ‘To Russia with love’ reaction to the anti-gay laws in Russia.

CaféBabel: Hello Kristof, thanks for talking with us. Can you explain to us about your evolution as a fashion designer? How did you start designing? How long have you been doing it for?

Kristof Buntinx: I have been studying for a long time, I first started when I was 21 or 22. I think I started back in 1997 and then I switched to advertising. I worked in a big advertising agency and then I switched over to fashion. I studied a lot and then, I did some internships in big fashion houses abroad, but also here in Belgium.

From about 2007 or 2008 I started doing my own thing myself, with my own name which is going well. I’ve got a lot of nice press reviews and I’ve got a lot of good feedback from people. Nowadays, I’m looking to work more closely with big manufacturers so that they can do the production, distribution and sales and I do the designing and the concepts. Like I did with a firm from Holland for my new underwear collection coming this fall. 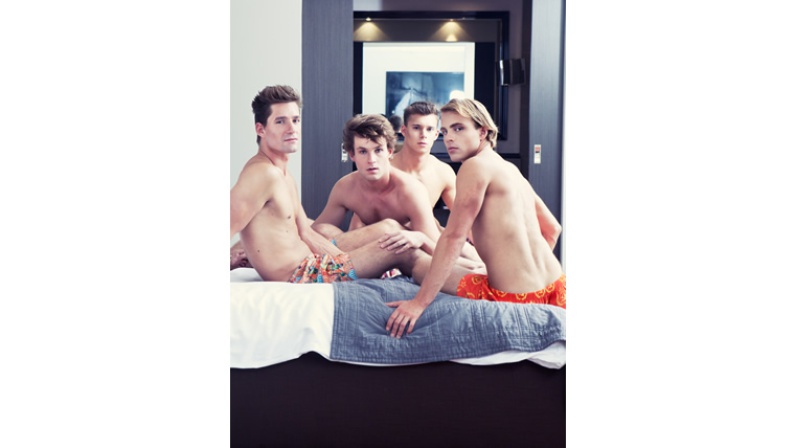 CaféBabel: You have told us you are a gay activist. Do you belong to a group? Do you think the gay community is still faced with discrimination here in Belgium?

Kristof Buntinx: I am a gay activist. I used to organise meetings once a month for a gay group for several years here in Brussels. Yes, I think there is still discrimination, like if you walk in Brussels, I guess that everybody who has walked in Brussels almost never sees all those gay men holding each others' hands in the street. That is because it is dangerous! Some people will spit on you or pick a fight with you if you are walking hand in hand or are obviously gay, so that is a problem!

There is still discrimination, but everyone thinks and believes that it isn't a problem anymore, or that it is accepted or that we can get married, and that we had a gay prime minister - and all that is true. But, in reality, I dare you to walk with two men hand in hand along Boulevard Anspach and you will surely have trouble.

Nowadays, we depend on the Rainbow House to defend our rights, which is subsidised by the Government. Probably it would be better for gay rights to have something more self-sufficient than being dependent on governmental funding.

CaféBabel: Have you ever been in the ‘Gay Pride’ celebrations?

Kristof Buntinx: Yes, I’ve been attending the gay pride since the very beginning. I used to be a member of the student’s gay group in Leuven and then we came to Brussels to attend the parade. It was great fun and it has changed a lot over the years. I think nowadays it is more of a street party for everybody, it’s not really so gay anymore. I mean it’s like a big street party, you see everyone: men, women, children, families. I don’t think of it as much of a gay pride celebration anymore.

CaféBabel: How has the gay scene in Brussels changed over the last twenty years?

Kristof Buntinx: It has changed a lot. Twenty years ago there used to be dark windows and you needed to ring the doorbell to get in. That still exists in a few places but now it is more open. You have the ‘gay street’ as we call it, in the city centre. Luckily it is right next door to the police station so people stand in the street and have a drink. So, it is definitely more open than it used to be.

CaféBabel: What is the role of new social media and do you think that these tools will help to improve the situation? 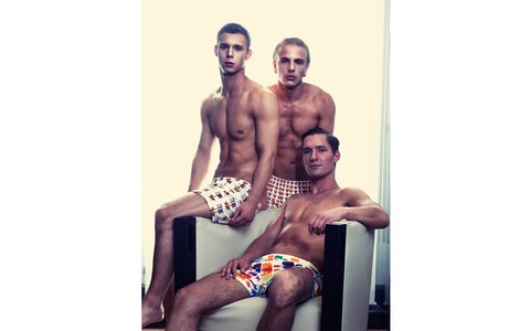 Kristof Buntinx: Social Media helps, yes, I think so. Facebook is very pro-gay I think, well at least on my Facebook page it is. I don’t know what is shown by other people on their timeline or their Facebook feed. Also social media has helped changed a gay person’s life. Lots of young people don’t go to bars anymore. Now, you have an application called Grindr. There are several applications which allow you to see if there is another gay person around and you can connect to them.

So, they don’t need to go out to bars anymore, which is a pity as I miss that charm and I also miss meeting people in a real life situations instead of using an application.

CaféBabel: So, you have a new collection coming out. Where does your inspiration come from?

Kristof Buntinx: I thought about the idea in May last year and I thought there was a lot of wars going on in the world and the events in Paris hadn’t occurred yet. I wanted to say that there is a lot of aggression in the world but try not to take it into your home or into your bedroom and that’s why it is very symbolical, you know “make love not war.” So, even if there’s aggression in the outside world, at home and in the bedroom keep it peaceful. That is my message.

Get to know Kristof Buntinx through his 5 senses:

Favourite sound: The Key, The Secret by the Urban Cookie Collective;

Favourite flavour: At the moment I'm thinking about pancakes, with syrup.

Favourite view: On a terrace somewhere in an exotic country, with a palm tree and a beach with no people on it. I love that.

Interview published in the framework of Cafébabel's partnership with Pride.be.