A city in between wars: Odessa and the challenges facing its new governor

The roads are wobbly, but peaceful for the moment. Ever since the revolution against Yanukovych started in Kiev one and a half years ago, Ukraine’s most important port Odessa has endured a particular atmosphere. Its new governor, the controversial former Georgian President Michael Saakashvili will have to walk a tight rope.

As a city known both for its tourism, and its criminality, it has attracted a broad variety of people to its shores.

Her multiplicity goes back to its roots: after it was founded by Catharina the Great in 1794, and became a free port in 1819, it attracted Turkish, Greek, Jewish, Moldovan, Russian and Ukrainian communities to settle around the port that was called after the famous hero from ancient Greece.

A couple of weeks ago, a new governor was appointed to the southern province of Odessa. The president of Ukraine, Pyotr Poroshenko, asked his friend from university and former president of Georgia, Michael Saakashvili, to reorganize the complex oblast of Odessa. As an outspoken critic of Putin, the media considered this a symbolic move by Poroshenko. As Josh Cohen of The Moscow Times said, Poroshenko wanted “to tweak the Russian bear's nose.” 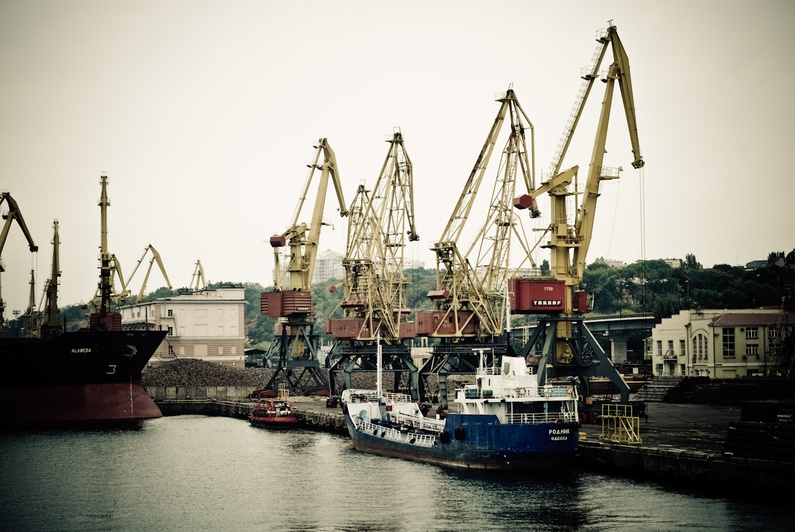 Others thought it was another typical form of everlasting cronyism in Ukraine. Indeed, it is hard to explain how a former president of Georgia, who fled his country in 2013 because of charges of abuse of power during his presidency, could receive, firstly, Ukrainian citizenship and then be appointed to his current position.

In an interview with the French magazine le JDD on the 31th of May, he explained that there is no reason that Ukraine is even poorer than Moldova and Albania at the moment. ‘Ukraine has the agricultural power to feed the whole of Europe.’ As the world’s 6th largest wheat exporter, the country is often referred to as the granary of Europe.

Saakashvili has started putting one of his important goals into action: repairing the roads all over Odessa. However, he also has other important difficulties to cope with: the inherent presence of criminality and corruption, a divided population, and a problematic geopolitical situation. Odessa is in fact a city “in between wars.”

Odessa is famous for its mafia. In 1923-1924, the Ukrainian writer and Odessite Isaac Babel published his Tales of Odessa, in which he describes the rise to power of a Jewish gangster Benya Krik. The celebrity status of Odessa as a criminal city started at the end of the 19th century. It was called Odessa Mama, with its counterpart Rostov Papa, the other major Russian city connected to the Black Sea. 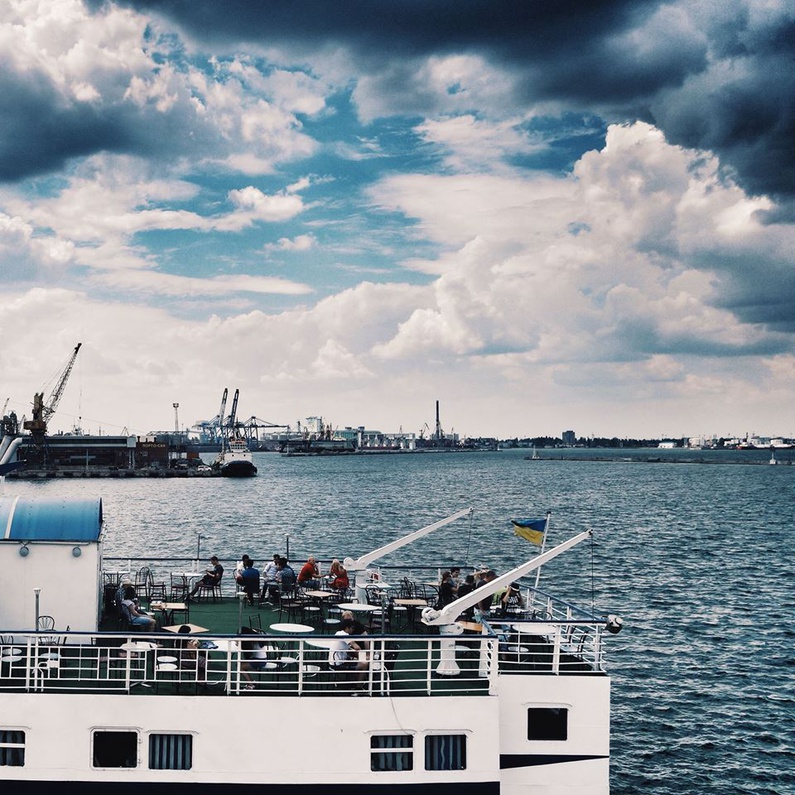 Together they formed a union as the most criminal cities of the region. Today, Odessa still is an important transit port for global trafficking networks. Afghan heroin arrives to its shores from the Caucasus, which can then be smuggled into Europe. Its port is also used for human trafficking. Desperate young Ukrainian women are, sometimes against their will, shipped off to Turkey or Europe.

For Saakashvili, the greatest threat to the region’s development is its omnipresent corruption, and his aim is to change that. “Our estimate is that annually something between 500 million and one billion euros is being diverted from the state budget, that’s to say it’s stolen by corrupt officials, by customs officers, by law enforcement, and of course, it’s also related to crime,” Saakashvili explained in an interview with Euronews on the 2th of Juy.

In Georgia, Saakashvili directly fired 30,000 traffic policemen when he took office as president and ended corruption. So what would be his method in Odessa? “We should not compromise, and we should not fear. The more we make compromises, the more we will regress later.” Brave as these words may be, he has to keep in mind the personal risks that his attempt to radically change the city would bring. 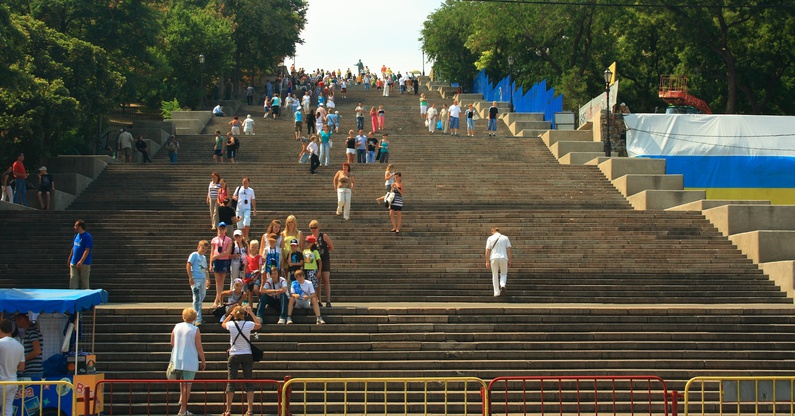 It is also hard for people to have faith in a governor who is still awaiting abuse of power charges in his own country. Although it seems that Saakashvili has good intentions, there is a long road ahead. ‘The main smuggling is not even done by the customs or by professional smugglers, it is done by the Ukrainian Security Service, it’s done by elements of the prosecutor’s office, it was traditionally done by the police,” he said in the same Euronews interview, “The whole drug trafficking of the city is controlled by the police.”

As a port that owes its foundation to the Russian Empire, Odessa’s identity is entangled with Russia. Officially, 30% of its population is ethnically Russian. During the election of Yanukovych in 2010, 11% of the population considered themselves Russian, but 85% would speak Russian. The most important division is to be found between the young and the old. The young, who find it hard to get work, want to be become part of Europe. The older generation is often nostalgic about Soviet times. They still see Russia as their shepherd.

At the same time you can find divisions within families: “My wife is pro-Russia while I’m pro-Europe,” explains Dimitri, a young Odessite. “We decided not to talk about politics because both sides are corrupt anyway.” This division within the city came to a tragic collapse on the 2nd of May in 2014 when 46 pro and anti-government protesters died in a fire that engulfed a trade union building. The appointment of Saakashvili therefore bears a risk: his unflinching stand against Russia might provoke the pro-Russian part of the city.

The scariest reality of Odessa however is its geopolitical position. It is located between two disputed areas: the Crimea in the east, which was annexed by Russia after the revolution in 2014, but which Ukraine still considers its own territory, and Transnistria in the west, the self-proclaimed Republic within Moldavia supported by Russia. 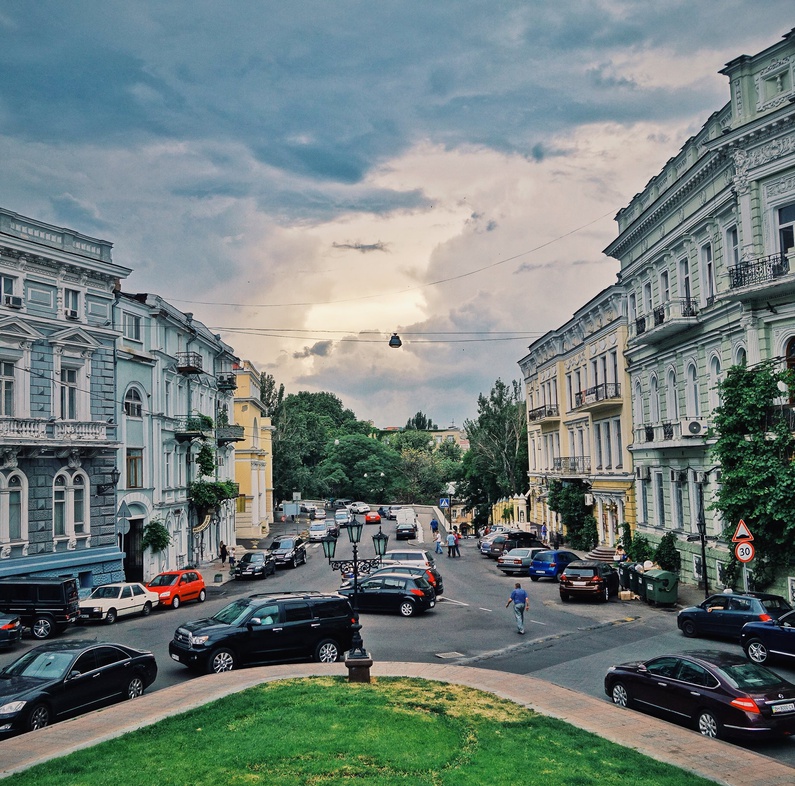 At the moment, some 1500 Russian ‘peacekeepers’ are present in this region. Over the last weeks Russia has been accusing Ukraine of setting up a blockade in co-operation with the Moldavian government. This, together with Saakashvili’s appointment, is explained in the Russian media as an open provocation by President Poroshenko and a possible preparation for war.

Saakashvili, both as an opponent of Putin and experienced leader with Georgia’s war with Russia in 2008 when he was president, does seem to be well-positioned to govern in case a war should break out in the region. However, it seems more likely that the threat of a war would come from the east instead of being provoked in the west.

If you consider the current political climate, Odessa has done pretty well in maintaining a peaceful and friendly atmosphere. Around its central street Derebasivska many new places have opened over the past year. You can find hip burger restaurants, cosy pubs with live music and expensive coffee shops. Also, over the past few years the touristic beach area of Arkadia has been totally rebuilt. New luxury apartments have been constructed along the coast. Parties and fashion shows are held in the different ‘European-standard’ beach clubs.

A partial explanation of the city’s contradictory developments might be the mental state of its population of ‘vcem pochuy’. These words, that are close to the English idea of ‘nobody cares’, or even better, ‘nobody gives a sh*t’, do not have a pretty origin.  The expression comes from a typical form of Russian language, Russkiy mat, which is the slang that is rich in its curses and bad words.  The idea of ‘vcem pochuy’ symbolises the cynicism that most people have. Nobody really seems to care about the reality they live in. In the end, nobody thinks that anything substantial is going to change. Both government and local investors, mostly ruled by the local mafia, decide to invest in random projects that might pay off. But in general, it is hard to know if the city is actually progressing in any kind of direction. 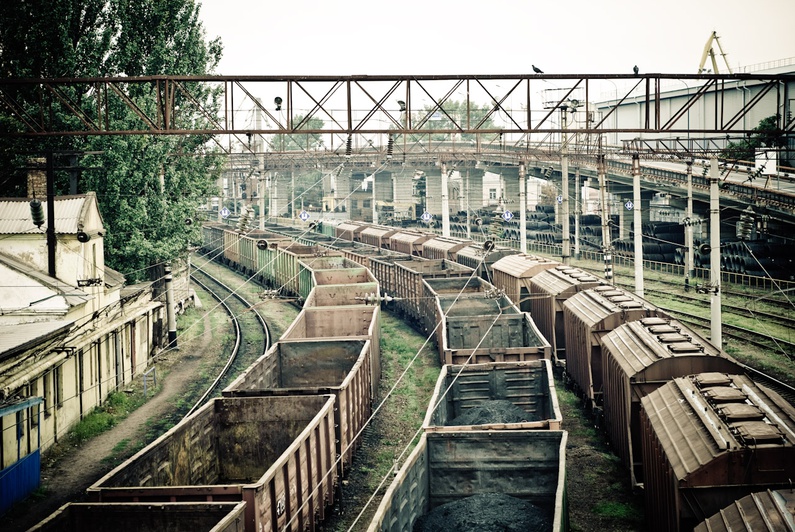 At the same time Odessa is not representative of Ukraine. As a port, and important holiday destination, it has a level of wealth unknown in most parts of the country. “Here in Odessa there is at least something going on, people drive cars and go to parties. In my hometown of Nikolaev nothing happens. The streets are empty because people do not have money to pay for gasoline,” says a young woman who came to Odessa for the weekend to enjoy the beach.

In one of the Odessa stories of Isaac Babel, How it was done in Odessa, somebody asks where the police begin, and where Benya Krik, the main godfather figure, ends: “The police end where Benya begins,” replied some sensible folk. For now, it is hard to know where the local government’s power over the city begins, and where the mafia ends. If Saakashvili actually wants to make a substantial change, it seems he will have to fight both. Not to mention the external godfather that is lurking in the east.