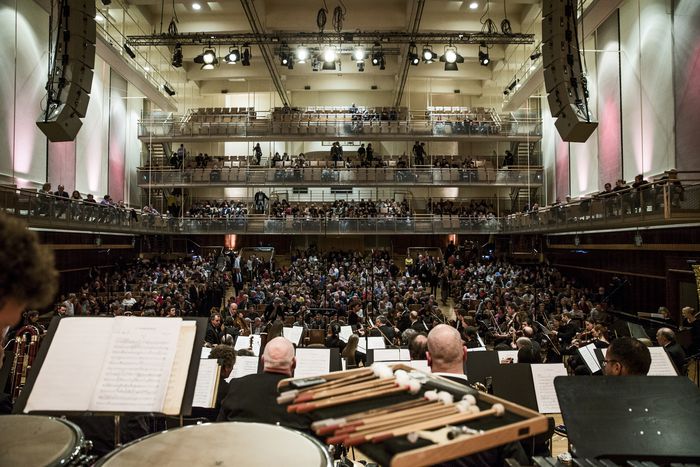 A catchy classical concert: how could it be possible

On Friday 28th April Cafébabel Brussels decided to attend a classical music concert organised by the Brussels Philharmonic, but we weren’t alone: the room was full of people of all backgrounds and ages! How can classical music still be so attractive in 2017?

Last Friday the Brussels Philharmonic, under the direction of Giancarlo Guerrero, presented a variegated program formed by pieces of Berlioz, Groslot and Stravinsky, with the participation of the pianist Jan Michiels. While listening to the music we started looking around us and we realized we were not alone. So we asked ourselves a question: why people are still willing to attend a classical music concert nowadays? How do you captivate such a distracted audience as the one of 2017, who already have so many oprtions? This is why this time we decided to have a broader look and not just consider the music, but rather to consider what makes up its surroundings. We must consider also that the audience attending a premiere in 1800 is totally different from the one attending a concert nowadays: different needs, different approaches, different tastes in music, but especially a different level of focus. At the same time, the concert that we would have attended 150 years ago is not as the one we could attend in the present days: a concert is no longer just a concert and music is not just a sound. Marketing has become a prevailing and useful tool that is now applied in all sectors, including culture, according to which every aspect is prepared in advance in order to grant the public a satisfactory experience and make the audience wants to return time again.

Imagine entering a concert lobby where people are talking and listening to pop music. Next to you a food truck is selling Asian food and musicians are drinking beer while chatting with the audience. If you arrive a bit earlier, before the concert you have the chance to attend a pre-introductory class, most of the time provided directly by the musicians or by the music director themselves. This allows you to come into contact with a world that you usually classify as distant and totally disconnected from the real one. Eventually, once the performance itself has finished, you can still enjoy the after party where the DJ is waiting for you on the dance floor! Well, at lesast this is how a classical music concert in Flagey looks like nowadays. 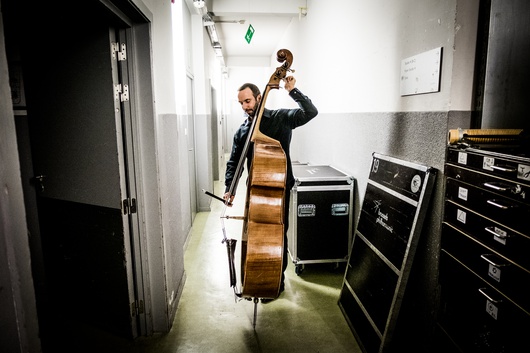 Surprising right? Why do we still perceive classical music as boring and inaccessible for inexperienced people?

In order to solve all our questions Cafébabel Brussels had the chance to have a chat with Véronique Bossaert, marketing director of the Brussels Philharmonic. Let’s start by discussing why people decided to spend their Friday locked in a concert hall. According to her, for such a program as the one played for that specific occasion, it is thanks to a well-known national composer such as Groslot and thanks to a particular piece such as Le Sacre du printemps by Stravinsky that the concert hall is completely sold out. In this regard, Véronique expressed her marketing approach which aims to provide an overall and comprehensive experience to the audience “we are really trying to lower the threshold, we are trying to take away all the barriers”, she said, but always keeping in mind that the high quality of the performance has to be at the core of the event. In this way the concert turns out to be a more comprehensive and personal experience and everyone can feel a part of it, even the newcomers.

However, the Brussels Philharmonic does not forget its more loyal audience, the one that already knows all of the pieces by heart, represented by people that are really into classical music. Véronique explained us they also provide, as in the case of Le Sacre du printemps, an afternoon lecture with a more in-depth analysis of the piece. This is a way to gather a different kind of people under the common (but varied) interest for music. This means that there are no more specific targets, there is no experience needed, nor a VIP audience: the target is everybody. “There is no difficult music: it just depends on the mind-set”, says Véronique.

Giancarlo Guerrero is back in town!

Cafébabel Brussels already had the chance have a discussion with the music director Giancarlo Guerrero, on the occasion of the Flagey Piano Day last February (throwback to Flagey Piano Days: the city through the music of Giancarlo Guerrero ). He is now back in Brussels to direct the Brussels Philharmonic once again. At that time we discussed the music director's relationship with the city and his role in relation to the musicians, but what about his relationship with the audience? Of course the fame of a well-known director could be useful to attract people but you need the right director. This is why Guerrero seems to perfectly represent the idea expressed by Véronique for her marketing plan. She points out how a figure such as Guerrero helps in demystifying classical music, being a very open-minded and spontaneous person. He is also capable of transmitting a great amount of energy, which is the key point according to Véronique: the energy of the pieces, the energy of the director and musicians and the energy that finally reaches the audience.

It is thanks to this strategy that nowadays in Flagey 1/3 of its audience is represented by the under 26s, epecially students and expats. Interestingly it seems these young people, children and people coming for the first time are more attracted by contemporary pieces rather than more famous ones such as Mozart or Beethoven. Véronique suggests it depends on the level of proximity they feel with this music: “it is closer to their everyday world, they feel the contemporary nature of music”. This is also a chance to really get into the music: in a busy world like the one in which we are living today, a classical concert seems the right answer. It is not just about relaxing but rather to focus for once on only a particular aspect and not being distracted by others.