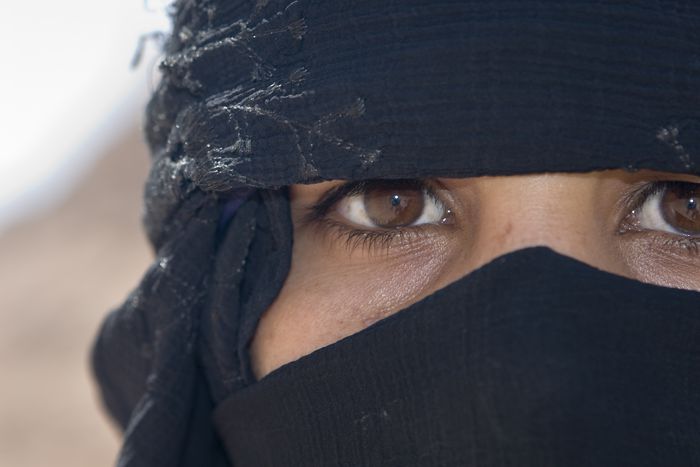 A few weeks earlier Twitterverse witnessed a backlash by women who once again united against sexist comments made by President Donald Trump. This time it was to speak out against the dress-code he was imposing on his female staff when he demanded that they ‘dress like women’.

Throughout the existence of mankind, men have time again felt entitled to impose dress codes upon women. Their demands have always been justified by a myriad of reasons. Some want women to be covered in order to protect themselves from the lustful eyes of men, while others demand they wear dresses to flaunt their bodies for the pleasure of men.

Here are 8 times men around the world told women what to wear.

In the scandal of the decade, notorious CEO & Chairmen of Fox News and Fox Television Station Group, Roger Ailes was forced to resign amid allegations of sexual harassment by 12 of his colleagues at Fox. Many of the women claimed that they were fired from Fox for rejecting Ailes’ sexual advances.

What’s concerning is that many of the Ailes’ accusers stated they had filed complaints against him, claiming that Ailes was given the green light by the organization. Ailes’ behavior was not only tolerated but also accepted. He was given so much freedom that he was allowed to set an unofficial sexist dress code which prevented female news anchors from wearing pants, famously saying “I did not spend X-number of dollars on a glass desk for her to wear pantsuits”.

Gretchen Carlson, who was first to sue Fox for sexual harassment stated that “pants were not allowed on Fox & Friends (a show she hosted with two male anchors)”.

How to handle dress code in the workplace is a tricky subject because the definition of ‘appropriate for work’ is subjective but to openly declare a ban on pants for the sake a boss’ leg fetish is just outrageous.

In a heart-wrenching interview with BBC, Mukesh Singh of the Delhi Rape incident of 2012, shared that his victim was responsible for the rape.

“Housework and housekeeping is for girls, not roaming in discos and bars at night doing wrong things, wearing wrong clothes,” he stated shamelessly.

Today, India’s population finds itself divided economically where the educated urban population has embraced western values and the rural population holds on to its century-old ideologies. When the two clash, disaster strikes.

In India’s modern cities, women openly wear western wear, strutting their stuff in jeans, flowy dresses, and even mini-skirts. This freedom given to women doesn’t go down too well with much more conservative communities of India’s rural areas where women are restricted to their homes.

Last July, 20 cities in France imposed a ban against the Islamic swimsuit. The burkini gained criticism from French authorities and was referred to as “the uniform of extremist Islamism.”

Muslim women, on the other hand, claimed that the burkini, in fact, liberated them as it allowed them to enjoy the beach which they wouldn’t be able to do otherwise.

French authorities dismiss assertions that the burkini can be liberating and stick to their narrative of it being a symbol of oppression.

Back in 1936, Iranian ruler made it illegal for women and girls to wear the hijab in public as part of liberation laws inspired from Turkey and Afghanistan. In response to the ban, the men of the families stopped the women from leaving their homes.

Forty years later, the Islamic Revolution overturned the law and imposed hijab on all women in public places. This move was surprisingly welcomed by women as they could leave their houses after a long time.

5)ISIS executes woman for not wearing gloves with her niqab

Reports emerged in Iraq claiming that the so-called Islamic State had ordered the execution of a woman who was spotted without gloves. She was later stoned to death. This was just one of many cases that were reported. It is understood that hundreds of such cases go unreported.

It’s no surprise that after the terrorists were forced out of these villages, women celebrated by ripping off their niqabs.

Saudi Arabia does not even try to disguise its discrimination against women. It is the only country in the world where women are not permitted to drive.

Saudi Arabia has dress codes for both men and women but while women have to wear abayas in public spaces, men can wear what they want to be provided that their shorts don’t go above their mid-calves. Muslim women are expected to cover their heads with a scarf when in public but they can get away with not wearing it. Non-Muslim women do not have to wear scarves.

Women are also advised to wear minimum makeup because it would draw attention from men.

Although there is no evidence of it in Hindu scriptures, ancient Hindu customs demand that a woman wears only white after her husband dies. Certain areas of India take it a step further and shave the heads of widows with the purpose of making them unattractive. These women are often ostracized by society and prior to the popularity of Gandhi, were confined to special ashrams.

Thankfully, this mindset has changed and with the rise of education, fewer people practice such customs. Many widows in India do not wear white and are allowed to remarry.

8)Chinese women were told to bind their feet

Back in 900AD, a Chinese emperor became love-struck by the daintiness of one of his courtesan’s feet. This led him to enforce a law that required all women to bind their feet to keep their feet tiny and curved. This cruel custom existed in China until 1949!

So there you have it, men have been telling women what to wear for centuries and continue to do so today. These were just a few of the many examples.

The only way to stop them from continuing this is for women to finally stand up for themselves and let men know that this will no longer be tolerated!