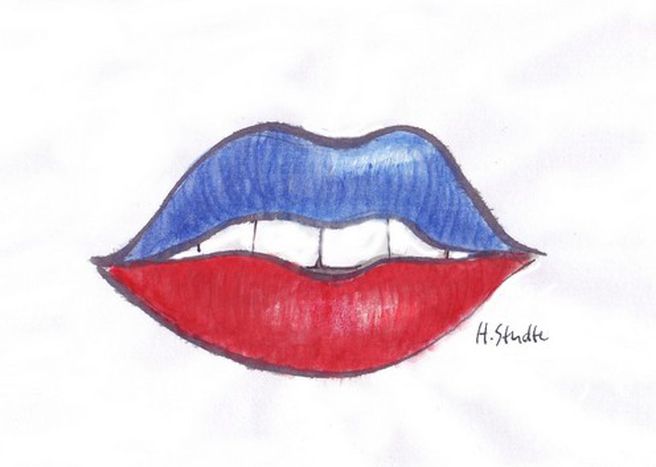 The myth of the prolific French lover is alive and well, and has even made its mark on language. The existence of the verb frencher (kissing with tongues) in Quebec French is proof enough.

It is, however, far from rare to discover many French words, perfectly innocent in origin, which have taken on other more dubious connotations in other languages. A rendez-vous in English usually meets with a knowing, mischievous glance from the person you’re talking to. But in France, it can signify nothing more mundane than a dentist's appointment.

The adjective français has likewise become more loaded. The British french kiss refers to a deep, passionate locking of lips, with dancing tongues and plenty of germ-swapping. More trashily, the Spanish hacer un française (to do a French one) describes an alternative activity involving the mouth. And in Germany es auf Französich machen (to do it in the French way), means to make love in the 69 position.

For all that, some of Molière’s words or expressions lose their force of allusion once they’ve crossed the borders. In Germany, a baiser (a kiss) is a nothing more than a meringue. In Quebec, a cinq à sept (a five to seven) is a meeting which takes place between 5 and 7pm, but does not presume any special intimacy. The expression grimper au rideau (to climb up the curtain) suggests a good and proper orgasm in France, but in simple Canadian French, implies being irritated.

Translated from A la française