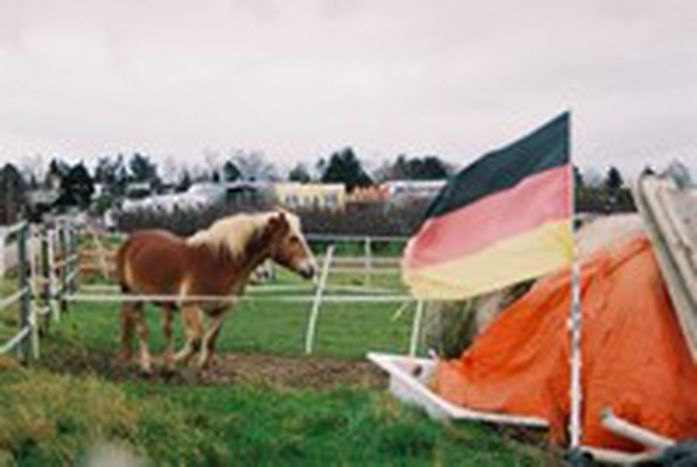 Homer's hero is now travelling the length and breadth of the world wide web. With Germany’s six month presidency in full swing, the Goethe Institute has designed a virtual journey for artists. How is Europe searching for itself?

If only Homer knew that his nearly 3, 000 year old Odysseus is no longer just the name of the local Greek restaurant. Odysseus is the new German internet portal designed to symbolise Europe’s search for itself - according to those who designed the project.

Odysseus's journey winds virtually through the new and old member states. In every country an art project goes on display, that has been chosen and supported by the Goethe Institute. The diversity of the European art scene and the question of European identity will undoubtedly be boosted.

There are some projects that are currently drawing attention on the website. One is an animation film by the Bulgarian artist Krassimir Terziev, depicting colourful 3D outlines of beautiful people posing in front of swimming pools and new houses. Terziev isn't deliberately trying to thwart the Bulgarian property market. He is more interested in showing the 'loss of identity' that occurs when the construction industry dictates the same concept of living for everyone everywhere. Where you live will no longer be recognisable by regional idiosyncrasies. Everything will the same everywhere; the home will be luxurious, exclusive and spacious.

Another film project comes from Portuguese artists Noëlle Georg and Henrique Neves. It combines different narratives of a karaoke singer’s journey with the images of family celebrations in Portugal taken in the seventies.

The third station for Ulysses is Germany. In light of the world cup last year, the artists Florian Thalhofer and Juliane Henrich wondered what happened to the flags that the Germans had used. Are they still around somewhere, or was it a fleeting patriotism?

In the coming weeks, Odysseus will visit more countries and exhibit more art projects. It's a media odyssey, while on the political stage urgent questions cannot be circumnavigated.

As in the Odyssey, Europe will also have to manoeuvre between Scylla and Charybdis, respectively for globalisation and nationalism. The sirens on the continent, whether in Poland, Holland or France, have long been singing their old song of the nation.

Thanks to this webpage, Germany’s EU Presidency will be associated with creativity and for internet users interested in Europe and the media. The webpage offers two language versions (English and German), graphics and animation films which have been raved about. Odysseus may have returned at the end of the odyssey to his homeland Ithaca. This is Europe's odyssey, and it hopefully won't end in shipwreck.

Translated from 2007, Odyssee in Europa