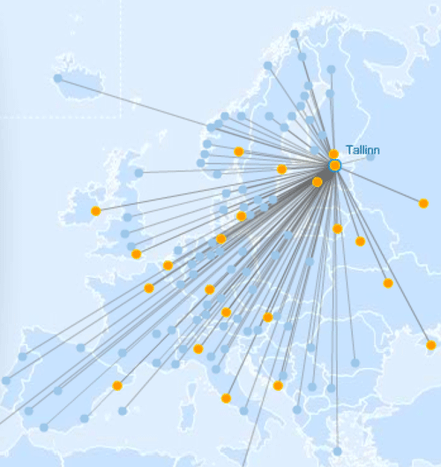 While everyone will be changing the time on the watches, Estonian Air will switch to its summer schedule. Making traveling a bit easier.

Starting from Sunday the 29th,

Let’s give a look at the schedule:

And it is not over, as on April the 30th

will launch also a new route between Parnu and Stockholm, probably hoping that it will help Swedes to enjoy the peace and beauty of the Estonian summer capital – leaving quite some Swedish Crowns on the way…ça va sans dire