1989: The Year When Everything Began

It’s 10 years after Poland and other ex-Soviet Union’s satellites joined the European Union and 25 years after the Iron Curtain fell. These numbers prompt into a deep reflection on Poland’s bumpy road to the present and East Central Europe’s intricate history.

Once upon a time… the story begins in 1989 when the Soviet Union crumbled down like a house of cards cutting its satellites loose. For the first time in years, countries like Poland (formerly known as the Polish People’s Republic - PRL) could go wherever their fancy took them, namely towards freedom. They thrived to raise from ashes of their communist past and become strong and independent players in the region.

The story begins in 1989, but not for me. It was not my generation that suffered under the communist rule. I was born 3 years and a half after a momentous June of 1989. Therefore, I must rely on the memories of those who had the misfortune of witnessing the communist danse macabre while studying or at school: my parents, family members and friends. The communist era heavily imprinted the memories of the 1980s and 1990s newcomers into adulthood and it was them who took the first row seats at the springing freedom show. They witnessed the transition from communism to democracy. 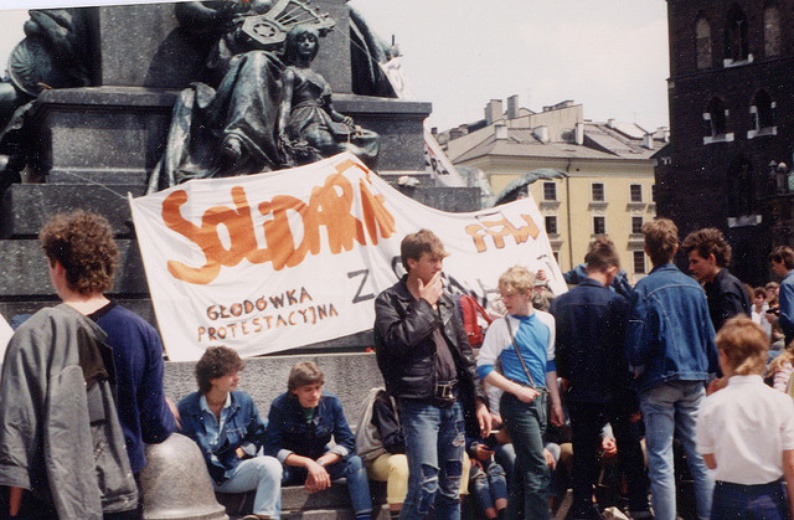 I sigh with relief that I missed out on a communist Poland when I listen to my mother’s stories about her friends and her seeking refuge from ZOMO (Motorized Reserves of the Citizens’ Militia) or participating in illegal demonstrations and anti-government riots. On the other hand, when they spin stories of an unimaginable happiness that followed the 1989 breakthrough, Poland slowly turning away from the communist gloom, first student trips abroad without being suspected of immigration intent, I know I will never share such extreme emotions precisely because I was born in a free country.

When the last freedom salute died away, people realised that little had changed and a long and tiresome road to a better future had begun. However, dark street gates and courtyards no longer triggered memories of bloodthirsty citizens’ militia and the UB (communist security service) but served as playgrounds for a new generation. I am a proud representative of that generation.