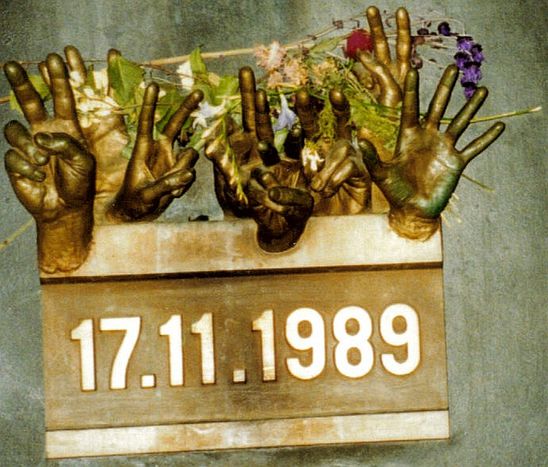 I don’t have any personal recollections of the year 1989 because I was only two and a half years old at the time of the Velvet Revolution. But, I like to listen to real stories because they allow us to learn about history much better than textbooks. This is why I want to share a few mediated memories of November 1989 in Prague.

My relatives and family friends told me many stories about the August occupation of Czechoslovakia by armies of the Warsaw Pact and the era of so called "normalisation" (1969 – 1989). They never entirely complied with idea of quiet citizens and had problems during the communist regime. Perhaps that is why their narrations were and are so interesting and enlightening for me. Sometimes it is funny, and sometimes food for thoughts. And each story ends with sentences like this: “Fortunately, that terrible era is over. You should be happy to live in free country where can travel wherever and whenever you want.” 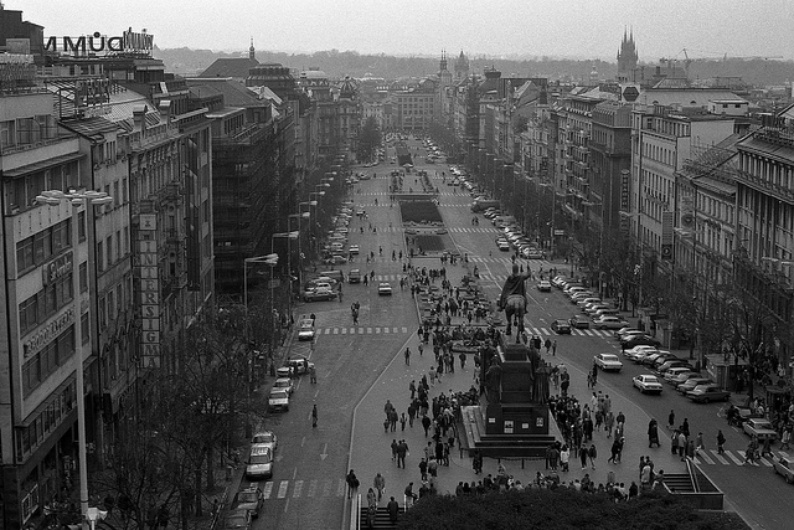 November 1989 was great turn for my family. Moments of relief, hope and faith for better future. I have never heard their stories from the days of the Velvet Revolution, because they didn't live in centre of events. But I can read  their feelings between the lines, although the right words are not uttered.

Communism lost the support of the working classes

A university lecturer once told me the following in a lesson on transition from undemocratic regimes: When he was studying at the college in Prague, he attended a few demonstrations after 17 November. There were many of them, but one was the most memorable and emotive. It happened on the Wenceslaus Square in the very centre of Prague. Students and mostly young people gathered in small groups in the upper half of the square. It seemed to be an ordinary event. But as workmen from Prague's factories arrived, while ringing with keys, it turned into a big manifestation of their desire for freedom and disagreement with the regime. It was clear that the Communists lost the support of the working classes at that moment. 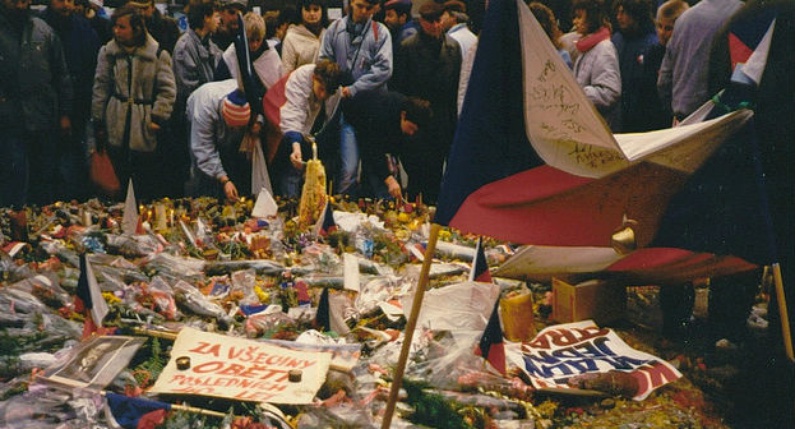 Because the media spread only false information andmost  people living outside the capital or the big towns didn't know about the beginning of the Velvet Revolution, some people were travelling across the Czechoslovakian Republic with posters. My university lecturer and his classmate travelled to Moravia and were arrested for anti-regime flyposting. They were imprisoned for one day, but the Communists were already losing their power.

The 17th of November 1989 as well as the Velvet Revolution were milestones in Czechoslovakian history. The following events opened the way for the democratization and liberalisation of the country, but also for its later division. Our generation has only hazy memories of that time. That is why it is so important to discover the stories and memories of others.