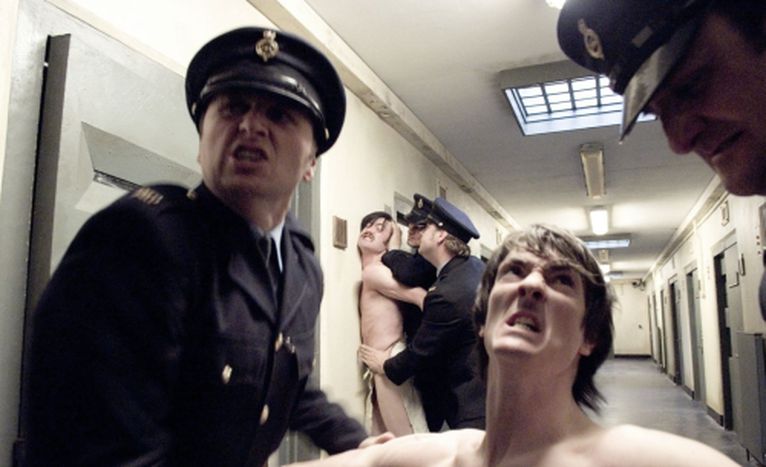 Winner of the Grand Prix of official competition EurAsia is English-Irish prison drama “Hunger”, Latvians won the award for best Baltic film.  The five members of the competition programme EurAsia jury unanimously decided to give the Grand Prix of the 12th Tallinn Black Nights Film Festival (PÖFF) to „Hunger“ by English artist and director Steve McQueen.

McQueen’s debut film about the hunger strike in the prison in Northern Ireland received the award for its powerful cinematic language, and confident and passionate narrative.

The award for best Eurasian film was given out at PÖFF for the 5th time. Grand Prix with the scholarship of 10 000 euros was given out by the courtesy of the city of Tallinn.

Special Jury Prize was given to animated documentary „Waltz With Bashir “ (Israel) and the award for Best Director of Photography to Luca Bigazzi („Il divo“). The jury also announced two Special Mentions - „The World Is Big and Salvation Lurks Around The Corner“ (Bulgaria) and „Two Legged Horse“ (Iran). The competition programme EurAsia included 18 films, the jury was headed by film director Jos Stelling from the Netherlands.

The jury of the Tridens Baltic feature film competition, held for the first time this year,  awarded „Three Men and Fish Pond“ with Tridens Baltic Film Award. The jury regarded this film by Latvian documentary film makers Laila Pakalnina and Maris Maskalans to be a humane poetic and affecting portrayal of the parallel ecologies of human friendship and the natural world, both presented with cinematic emphathy. The award for Best Cinematographer went to the same film - Maris Maskalans received a scholarship of 1000 euros from Elokuvakonepaja.

Scottish Leader Estonian Film Award along with the scholarship of 50.000 Estonian kroons was given by the jury to animated film “Life Without Gabriella Ferri” by Priit and Olga Pärn. The jury announced two Special Mentions - Estonian documentaries „Alyosha“ (Meelis Muhu) and „Toomik’s Movie“ (Marko Raat).

The FIPRESCI jury, that evaluated the films at PÖFF for the first time, judged the programme of the Tridens Baltic feature film competition and chose the Estonian documentary „The Kings of Time“ (director Mait Laas) as their favourite.

The jury of Network for the Promotion of Asian Cinema (NETPAC) awarded Chinese film „The Shaft“ (director Zhang Chi), the jury of International Federation of Film Clubs (FICC) gave their award to „World is Big and Salvation Lurks Around the Corner“ by Bulgarian director Stephan Komandarev.

Estonian Society of Cinematographers’ Lifetime Achievement Award, named after Estonian cinematographer Johannes Pääsuke (1892–1918), was given to Harry Rehe for his unique creative contribution and for promoting the national film art. The award included a scholarship  of 3000 euros.

The Audience Award was given to „The Wrestler“ (USA).

Lifetime Achievement Award to an accomplished film-maker was handed out at the Tallinn Black Nights Film Festival (PÖFF) for the fifth time. This year the award went with all honour to the Swedish-French actor Max von Sydow.