SocietyLifestyleBalkan eye in the sky

In the Serb enclave of Gracanica, young people are becoming aware that a good future involves teenage crushes, good friends and weekends

Getting off the plane from Cork in May 2007, Kosovo seemed a place of thorn views, NATO trucks and quiet hopes. We forget that the independence that the former Serbian province declared nine months later also had an impact on its ethnic Roma: ‘those who live in the southeastern city of Prizern celebrated with the Albanians, and the Roma who live in Serbian enclaves stayed in their homes,’ recalls Avdullah Mustafa, 25, who works for the Roma and Ashkali documentation centre in Kosovo.

Independence registers differently among the old and the young as well. I ask Julian, the Roma youth who I teach guitar to, what he sees for his future. ‘Maybe it will be better in the next life,’ the seventeen-year-old replies, as we walk down a muddy path through his neighbourhood in the Serb enclave of Gracanica. The boy who speaks so gently in tone becomes involved in a family feud that leaves him bruised and standing against men twice his age. The wind when it blows brings dust and bad winters, and I watch on as some people wave to the travellers who go by on a horse and cart, whilst others wave to the men in flash cars.

East of the flash capital Pristina

Driving into Gracanica, past the Serbian Orthodox monastery, the road is broken and damaged; it must be pretty tough on the tires of cars of the 5, 000 people who live there. I live in a Roma street at the far end of the town, with eleven others in a cosy little house that soon becomes home. Every child and adult alike who knows a few words of English stops to talk to you. I guess that they give themselves full marks for knowing how to communicate with the new man in the community. 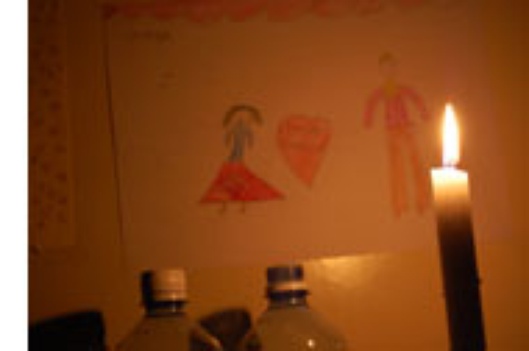 We work all day, and every night we eat together in the candlelight; what with the daily electricity cuts in Kosovo, we pass the time by making shadow hand puppets on the walls and laughing at the kids trying to take their first steps. These kids aren’t happy when they are getting racist comments in school from other little kids - World Bank data from 2000 says that only one third of Roma children in Kosovo go to school - but they smile every time you play with them.

The faces of the future are the youth who hold onto more than the hurts of their land. Day by day, young people all around Kosovo are becoming aware that a good future involves teenage crushes, good friends and weekends. We never discuss politics - just how to have fun. The young boys wear gel and the girls try to smell nice. Some are good at sport and others at break dancing. They all try really hard; they want something good in their lives, same as youth in any place. People walk really slowly on the street that I live on; like how you or I would walk if we were visiting the Vatican, as if they see the same freedom of time in their daily surroundings as we do when we look at statues or paintings. 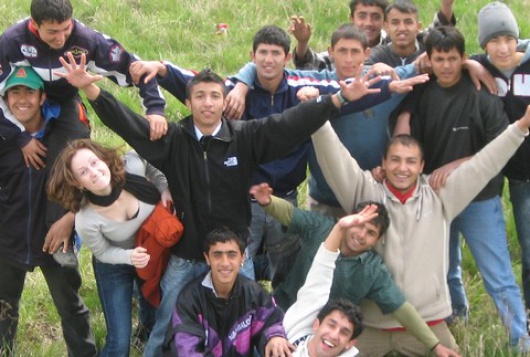 When they get older they will be able to think for themselves and realise that fighting and conflict is not important to them. ‘We are hoping for a better future, so we work to improve the standard of education,’ says Muhamet Arifi, director of the Balkan Sunflowers Kosovo NGO.

Getting back on the plane after living and working side by side some of the poorest families there, my ego will tell me not to be so naïve when next I step down from an aeroplane. Midst the rush of local entrepreneurs running around the Kosovar capital, with their gimmicks and restaurants that take the fancy of the wealthy paid international workforce, you discover the ordinary daily lives of the poorer classes and the disadvantaged minorities. In no time at all my ordinary day is quickly burdened and privileged with the outstanding hardships that the common folk face - no matter what end of the Kosovo independence they are on.

The author, 22 from Ireland, lives and works in Kosovo as part of the European volunteer service