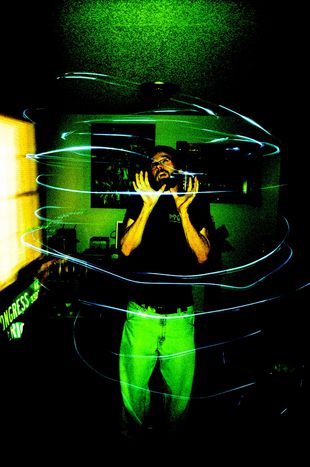 With America dumping 128% of Europe's total Co2 figures into the atmosphere and China 133% we just can't make a difference, and the EU knows it. Can it honestly slash its energy consumption by 20% by 2020? Before the first EU energy summit on 4 February, some of us are asking, why bother

Stop worrying about going green, recycling, turning off your lights, saving water and planting trees. Nothing you do is going to make a difference. Just go on living your life, consuming as you do. I'm not anti-climate change at all, but I am against wasting time and money on initiatives that ultimately impact little on a global scale. According to the US energy information administration (EIA) the UK contributes 1.88% of the world's CO2 emissions (564 million tonnes of CO2). If all 61.8 million people in the UK signed up to the British-based 10:10 climate change campaign and succeeded in cutting 10% of carbon a year, then we'd have 1.692% (507.6 million tonnes of CO2 emissions) of global emissions instead. Hot damn, lo and behold the climate crisis is at an end, let's all go enjoy a mojito on the veranda. Meanwhile the United States, Russia, China, India and Japan all happily go on junking up the air.

10:10: all that press printed on natural resources, those celebrity launches, the website, the initiatives will have reduced CO2 emissions by 0.2% of the global total. That's if every single person in the UK did it, but they didn't, so 0.2% wasn't even done. Let's be ultra-generous and say that half of those aged 15-64 reduced their carbon footprint by 10%. That's 19.9 million people or 32% of Britain. If 100% of Britain is 1.88% global emissions of CO2 then our conscientious 19.9 million people account for one third of that (0.626%). Reducing that percentage by 10:10's 10% target gives us a rather glum new UK emissions figure of 1.8174%. This is not a diatribe against the work of 10:10, merely an example that illustrates the redundancy in setting target cuts.

We've reduced 564 million tons of CO2 to 545.2. Advocates will say that is 18.8 metric tonnes of CO2 no longer released into the air. But here comes the kicker. The United States' figure for 2007 was 6, 006.71 metric tons, and China's was 6,283.56. If you take into account the increase of industry within China and their double digit year-on-year economic growth along with the US pollution figures, it appears conceivable that these two countries alone may have topped 13, 000 million tonnes of CO2 by today. When set against the already inflated 18.8 million tonnes saved by Britain you start to see why I can't be bothered with it all.

Environmentalists argue that as a leader in renewable energies, Europe must lead the way and set an example to the world about what we're doing to the planet. The theory makes little sense. It's nothing more than that other right-wing favourite, the infamous trickle-down theory of economics. Give tax breaks to the rich since they spend the most money; they'll spend more if they have more, thus benefiting society. The rich were set up as the drivers of the economy but in reality aren't they only in it for themselves? Being in the small minority pioneering green policies is the same thing as the global society simply cannot follow suit even if they wanted to. China is concerned about the climate – but it can't do anything about it as it will drastically impact on its economic development. Sorting your trash won't help anything other than making you feel better for doing ‘your bit’. The EU advises that changing to more expensive energy saving light bulbs saves 75% of energy and produces lower electricity bills. But energy companies don't want you to use less energy because it's green. It's inefficient for them to get all that power to your home. You use less so they produce less, meaning less costs on their end and greater efficiency. But, unfortunately the same or rising prices for you and ultimately greater profits for them.

So if you see a campaign about reducing this or that just ignore it. Europe’s 731 million people represent just over 10% of the global population. According to the same 2007 EIA study Europe contributes 4690.43 million tonnes to the atmosphere (15.7% globally). Even if we did everything we could to reduce emissions, recycle and use less resources we'd still not be able to impact upon the globe. The report states that 32 nations in Europe did reduce their CO2 figures but with America dumping 128% of Europe's total into the atmosphere and China 133% we just can't make a difference. After all how many of those 731 million people have the power to give up the necessities of modern life? Furthermore we already know you can't trust politicians on the environment as is clear by the debacles in Bali and Copenhagen. And thanks to all these interests interfering we're led to believe we can't even trust the science of climate change. So stop, take a break from insulating your loft and plugging your toilet with a brick and just breathe in that oh-so-fresh air with the highest atmospheric CO2 levels in 15 to 20 million years.