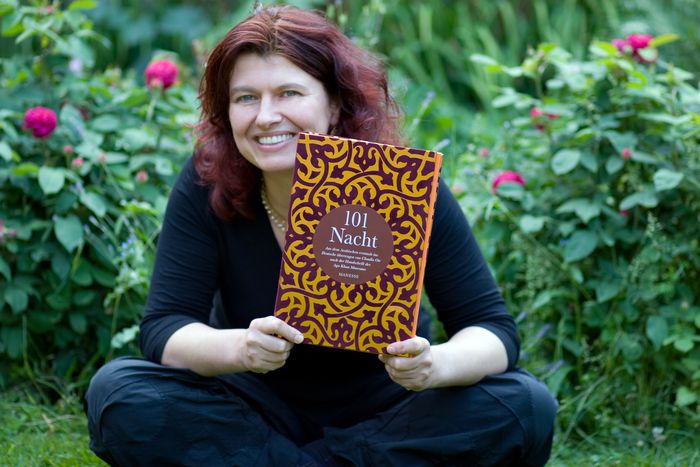 The tale of the newly published 101 Nights (‘101 Nacht’) is almost as magical, and certainly as unlikely, as some of the stories the book contains

On visiting an exhibition in Berlin, German scholar and translator Claudia Ott found herself drawn to a 13th century manuscript tucked away in a corner. A specialist in the tales of the Arabian Nights, Claudia had a sneaking suspicion that the manuscript wasn’t merely a version of 1001 Nights, as the exhibition notes claimed. A closer examination proved her right; the manuscript turned out to be the earliest known copy of 101 Nights, a so-called “little sister” of the more famous, longer cycle of tales. While the basic schema is the same for the two (Scheherazade tells stories to the king each night so as to survive another day), the cycles developed separately, with only two of the tales within the tale appearing in both. The find led to Claudia translating 101 Nights into German, in an edition which appeared with Manesse press in 2012. We chatted to Claudia about red letter days and storytelling saving lives.

cafebabel.com: The book that you’ve produced is an absolutely gorgeous object. Was that the result of attempt to imitate the medieval manuscript?

Claudia Ott: Not exactly. The outer form of the German translation is particularly beautiful and I think it’s very successful – but it doesn’t represent the original. Instead it shows how valuable this newly discovered work of world literature is. 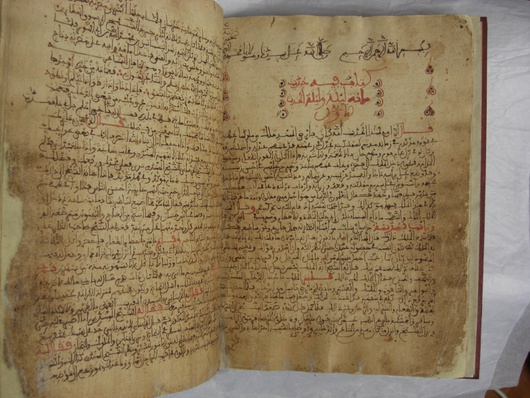 The Arabian manuscripts of the narrative genre normally weren’t particularly splendid. Narrative literature wasn’t as prestigious as scientific texts or poetry, which might have appeared in the manuscript equivalent of luxury editions. It happens to be the case that the medieval manuscript we have of 101 Nights is distinguished through some embellishments – there is large red lettering throughout the text for example. Someone clung to these red letters as a way of structuring the page. The manuscript has no punctuation, and so these keywords are our only orientation when reading the manuscript. This is retained in the translation, with the same words highlighted – so here the readers can get a feel of the original manuscript.

cafebabel.com: It’s odd that literature wasn’t considered prestigious - the Arabian Nights tales are all about how fundamentally the important stories are. Wasn’t that reflective of the culture they emerged in?

cafebabel.com: I was surprised by the number of poems in 101 Nights, which I’ve not come across in 1001 Nights. Do both texts contain poetry, or are they normally not translated?

Claudia Ott: The Arabic versions of both 1001 Nights and 101 Nights have a lot of important characteristics which go beyond the themes they discuss. The poems in the texts are stopping points – the original readers wanted to sense and revel in the emotions of the characters. The poems function like an aria in opera. Many translators – not all, but sadly the ones who have been repeatedly re-translated, didn’t feel these poems were important and so left them out. The resulting translation doesn’t at all correspond to what is pictured in the Arabian Nights.

Translators are under a great burden – they have the task of faithfully rendering the text. A translator who thinks the plot is the most important factor can omit the poems with a clear conscious. For me however, it’s all about the form and the style of text. What effect do they have on the readers? Which readers are they meant for, and why? Of course the plot is important, but I’m interested in the form of the language most of all.

cafebabel.com: 101 Nights is thought to have developed in the “occident of the orient”, in the west of the eastern world. Does it act to remind us of the oft neglected relationship between the Islamic world and Christian Europe in the middle ages?

Claudia Ott: Absolutely! The manuscript was found and bought in Andalusia, in Spain but we can only guess at where exactly it was written. I assume that it was written in Andalusia, but it might also have been produced in North Africa, just across the water.

The European connections with the Islamic world have a huge significance. The renaissance would never have occurred without this cultural and scientific exchange. Arabic texts were translated in Latin, French and other languages, and influenced our literature. We can see this in 101 Nights: the opening of the story is reminiscent of one of the fairy tales of the Brothers Grimm – and yet the Arabic text predates than the German one by 600 years.

Claudia will be discussing 101 Nights at a musical reading followed by an academic discussion at the Literarisches Zentrum in Göttingen, Germany, on 5 July.