The week of the elections, the twittersphere is really hotting up as candidates cram in a few last words to try and seduce voters. What do they have to say for themselves? 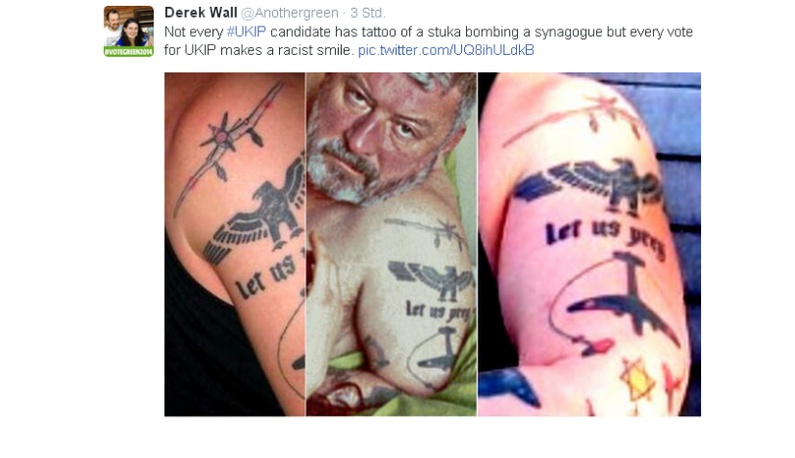 The UKIP machine has spewed out nutcase afternut case. One candidate recently proposed shooting "poofters". But this one takes the biscuit. Hastings candidate Kevin O'Doherty was photographed completely naked showing off his Nazi-themed tattoos (a Third Reich eagle and a Nazi plane bombing the star of David) whilst his overweight middle-aged mate snorts a massive line off a naked young lady’s back. Incidentally, Nigel Farage used to sing Nazi songs at school. Yet still UKIP lead the opinion polls before Thursday’s European elections. It seems UKIP’s support grows in correlation with the increasing number and magnitude of the racist, homophobic, surreal scandals. Can nothing stop the UKIP juggernaut? 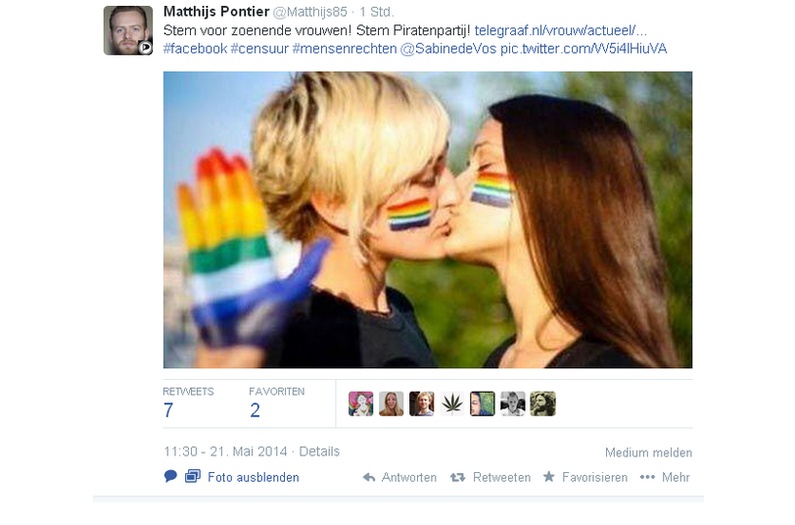 Europe’s map of same-sex marrige is a mess. While in Spain, France and the Netherlands, marriage for all kinds of couples are permitted, Germany and Austria do not endorse same-sex marriage fully. Italy doesn’t recognize any partnerships between gay or lesbian couples. Europe is far from united on this question. Time to get it right! No country in the EU has any laws against kissing though. Perhaps Mr. Pontier wants to go one step further and pass a law that makes kissing compulsory? 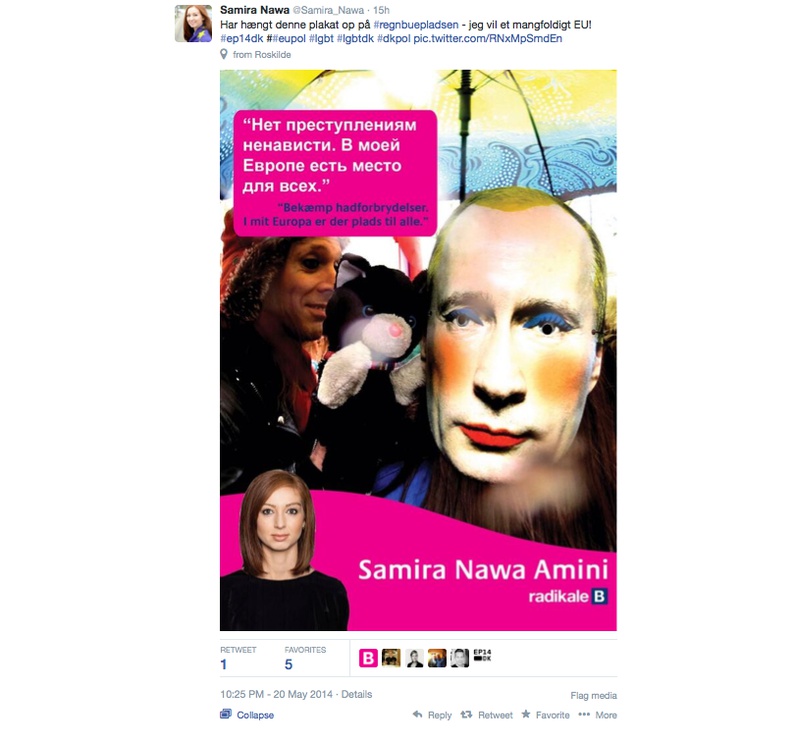 Translation: Have hung this poster up on # rainbow Square - I want a diverse EU!

Austrian transvestite Konchita Wurst's success in the Eurovision song contest caused uproar in Russia. Russian MP Vladimir Zhironovsky said on TV, "This is the end of Europe. It's rotted away. There are no more men and women. There is just 'It'!" Since the 2013 gay propaganda law, militant homophobic groups like Okkupay Pedofilyay have been abducting and torturing young gay men with apparent impunity. Less well known is the role of Russian anti-gay propaganda in the Ukraine crisis. Putin’s Ukrainian amigo Viktor Medvedchuk has been funding Ukrainian Choice, an organisation pumping out anti-EU propaganda with billboards saying “Association with the EU means same-sex marriage.” LGBT rights is being cast as a battle line between East and West. 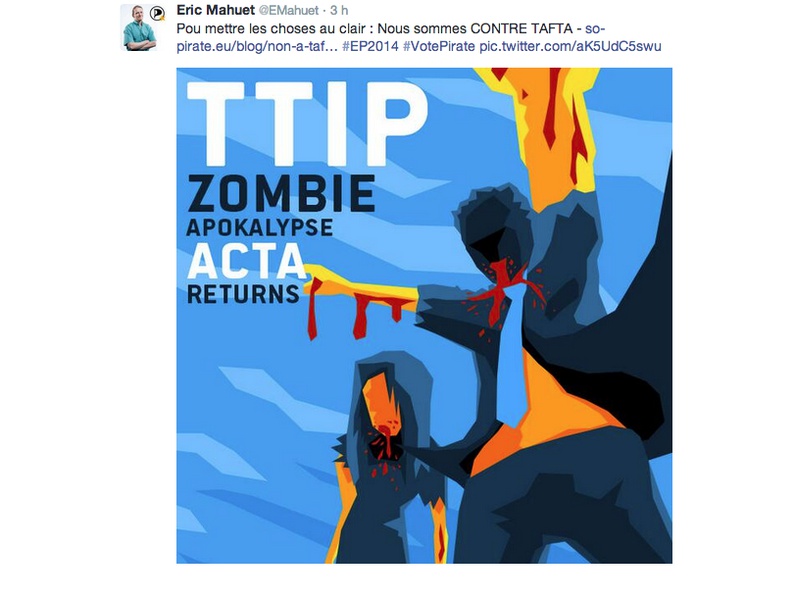 Translation: To make things clear : We are AGAINST TAFTA

Return of the zombies: the Transatlantic Trade and Investment Partnership (TTIP) incarnates the return of The Evil for small businesses and consumers. The Anti-Couterfeiting Trade Agreement (ACTA) signed by the EU but finally reneged on, already showed, in 2011, how lobbyists from the pharma multinationals and business alliances can influence policticans. The new zombie is the TTIP and it aims at harmonizing trade between the US and the EU by lowering health, labour and food standards. This helps big private investors to make profits at the expense of the environment and lovers of fair wages and good food and wine. A lot of people say that this agreement is worse than the ghost of liberal guru Milton Friedman. 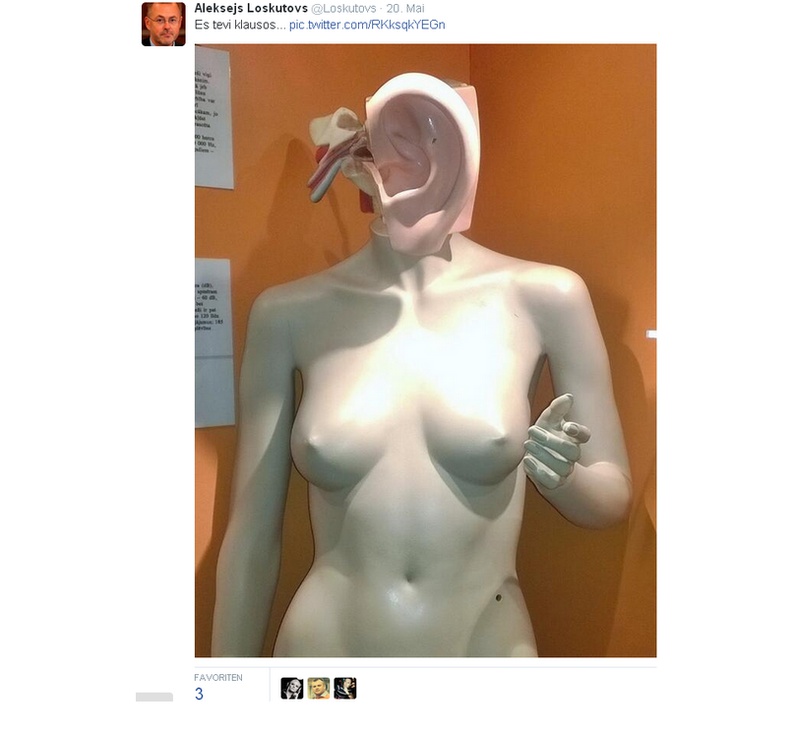 Translation: I want to hear …

Finally there is nothing more to say than: make your voices heard from 22 to 25 May!