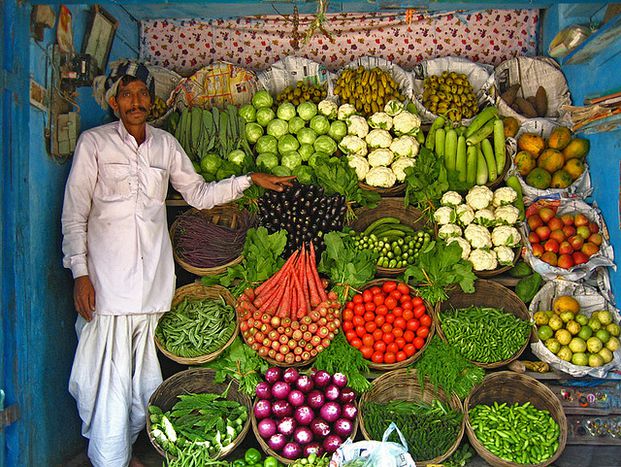 “You are vegetarian? Haha! Really?” Mukesh is sceptical and even a visit to the nearest restaurant where I order veg biryani (fried rice with spices and vegetables) cannot convince him. Most of the time Indians just won't believe that Europeans can completely abstain from eating meat, poultry or fish.

But they will still be extremely pleased at the thought of this voluntary and therefore odd vegetarianism. All this out of our own accord and not by law of religion! However, Western vegetarians sometimes uncomfortably remind Indians of their private vices.

Although according to international studies, almost 42% of the Indian population are shakahari or vegetarian, this is only ink on paper. Many young Hindus, who should normally not even go as far as to think of meat, often admit timidly that they sometimes sneakily indulge in chicken or lamb. Of course, this doesn't mean that they don't call themselves vegetarians any more or that they will question their dietary label. After all, they can't afford chicken korma all that often because it is far too expensive and would be the death of their grandmother – if she only knew. The following rule of thumb normally holds true: the older and poorer, the more steadfastly vegetarian. Geography comes into play as well because the further South you travel on the Indian Subcontinent, the more vegetarian is the fare. 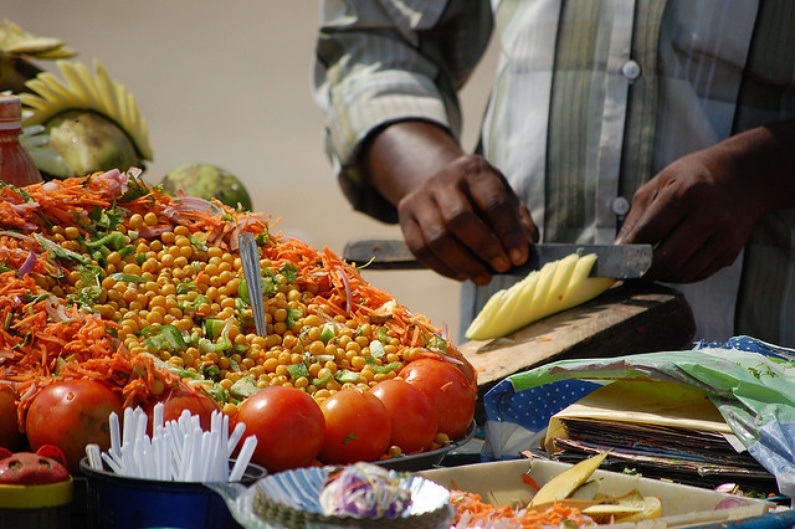 In the Northern States, you will find more meat dishes as most Indian Muslims and Sikhs live around Punjab, Rajasthan and Uttar Pradesh. Their religions don't ban meat from the menu and poultry and lamb are therefore regular items in restaurants and dhabas (snack bars). However, out of consideration for each other, most members of both faiths will steer clear of pork and beef. Western vegetarians who have ended up in the Muslim quarter of an Indian town should therefore be careful when they order their biryani as this normally vegetarian dish might well be served by a Muslim chef not very tasty pieces of goat's meat. In a country where 99% of all dishes on the menu are vegetarian, this is rare but not unheard of. At the other end of the scale, you will find the particularly strict pure vegetarians who don't only shun meat, but also eggs, onions and garlic. The logic of this choice must seem strange to a European as neither onions nor garlic are animal products. But as both bulbs can cause indigestion and body odour, higher caste Hindus and Jains consider them “impure” and prefer to exclude them from their menu.

While Western vegetarians will inevitably be congratulated in India and probably feel like they have hit the meatless cuisine jackpot, vegans will only encounter disbelief. The concept of completely banning milk and ghee (clarified butter) and therefore the basic products of the holy cow from one's diet, can only seem absurd to Indians. In any case, it is rather hard to talk about individual non-religious dietary choices in India as it eludes most people between the Himalayas and the Southern tip of the Subcontinent how seemingly rich and well-fed Europeans can be so picky. 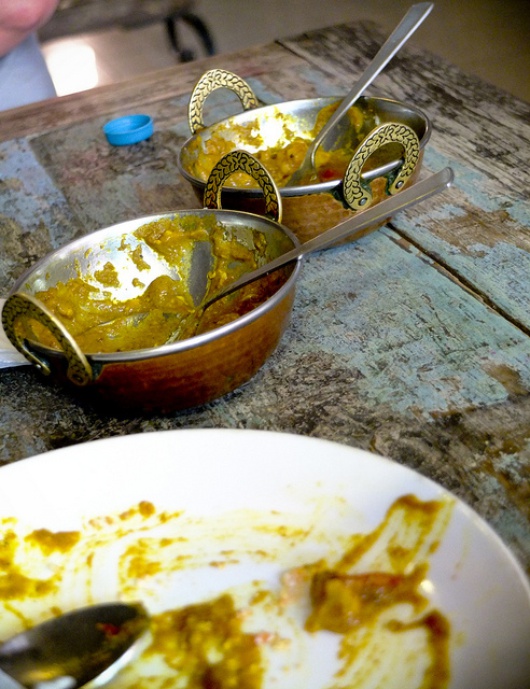 In any country and culture, culinary preferences are rather hard to explain. Determined to nevertheless apply some rationalist logic, I encourage Mukesh, a Hindu, and Sahil, a Muslim, to discuss their positions regarding meat: “You have tried beef? Oh my God, now I can't be your friend any more!” Mukesh looks terrified, but when he himself admits that pork is actually quite tasty, Samir looks like he is about to vomit: “You're crazy! You can't eat pigs, they're dirty!” While they prepare to end their yearlong friendship, I find myself caught in the vegetarian middle and guiltily try to end their quarrel. Shouldn't it be unimportant what we all eat, as long as everyone can have the food that causes them the least indigestion? In the end, we choose to share a veg biryani – at least one dish that everyone can eat, regardless of religion.

Translated from India: A Vegetarian Paradise?