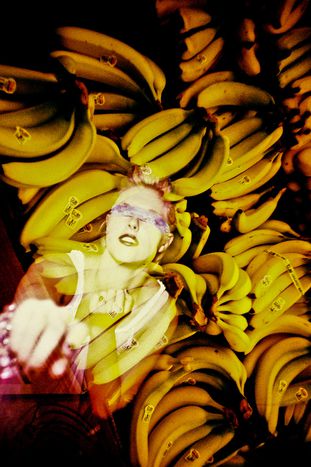 [TRANS] - Between Italy and Slovenia, Europe referendum conundrums in 2011

In the past a lack of information and lukewarm participation have turned a potentially powerful tool of public reform into a strenuous but futile exercise. The unexpected results of the referenda held in Italy on 12 and 13 June bring one of the oldest form of direct democracy to the fore

Low turnouts have often cast a doubt on the effectiveness of referenda as a means of exerting people’s sovereignty. In Italy, for instance, out of 62 referenda held to date, only half reached the quorum and had legal effect. Over the last fourteen years, the quorum was never reached. It was not the case between 12 and 13 June when 25 million Italians cast their vote to repeal four different norms. At least four times, they said ‘yes’ to mean ‘no’ to the set-up of new nuclear power plants. They said ‘no’ to the privatisation and commercialisation of water supplies. They said ‘no’ to the exemption of politicians from the duty of appearing before tribunal.

Why aren't you talking about my referendum?

Needless to say, these results are a blow in the face of the ruling power. In the run-up to the referendum in Italy, many ‘yes’ campaigners blamed the mainstream media for not having given sufficient coverage to the issues at hand. Some critics went the full length saying there was a deliberate plot by the establishment to sabotage this referendum. In spite of these adverse conditions, the final results went well beyond their expectations. In the wake of this unexpected success, referenda will likely enjoy renewed momentum. Often neglected as a long-standing tool for direct democracy, they may find new supporters among a wide range of interest groups, including the disingenuous ones. But referenda are hard work. Gathering the necessary signatures is not necessarily the biggest hurdle. The real challenge is getting enough people to vote, and helping them understand what they are voting for, or against. The actual formulation of the questions is so cryptic that without adequate information campaigns it is easy for anyone to get lost in legalese and end up answering ‘no’ for ‘yes’, or vice versa. Clearly, this opens the door to serious risks of manipulation.

The formulation of the questions is so cryptic that without adequate information campaigns it is easy for anyone to get lost in legalese and end up answering ‘no’ for ‘yes’, or vice versa

Referenda have marked important advances in the social and political history of countries such as Italy, often creating heated debates between the ‘yes’ and ‘no’ supporters. A case in point is the law on divorce, which shortly after being introduced was put to the test in a referendum in 1974 and eventually kept in civil law, with 59% of Italians against its abrogation. On one single weekend in June, Slovenian citizens suffered the fate of three referendums on topics from retirement age to to broadcasting, leading to criticism of the democratic tool which is actually maybe holding the country back from political change.

In other parts of Europe, referenda are rare but not unheard of. They often played an important role in the process of European integration, although not always a favourable one. Norway, for instance, held two referenda on EU membership (1972, 1994) with ‘no EU’ results. Referenda in France and the Netherlandsditched the EU constitutional treaty in 2005. In 2008, the Irish ‘no’ delayed the entry into force of the Lisbon treaty by over a year. No matter what their result is, referenda help close the gap between the political status quo and the civil society’s call for change. At a time when European citizens – particularly its youth – are feeling increasingly disconnected from the political class and the squares of Europe are filled with more and more indignant ones (‘indignados’) from all walks of life, referenda may still be the best institutional way to ensure wider participation and democracy. The Lisbon treaty provides for a new instrument called the European citizen’s initiative (ECI), which enables one million citizens gathered from any member state to call on the European commission to put forward a new legislative proposal on any EU matter. Up until now, this new option has never been enacted but a newly formed committee is already rallying European enthusiasts to take full advantage of this novel form of European referendum from 1 April 2012.

Translated from Between Italy and Slovenia, Europe referendum conundrums in 2011