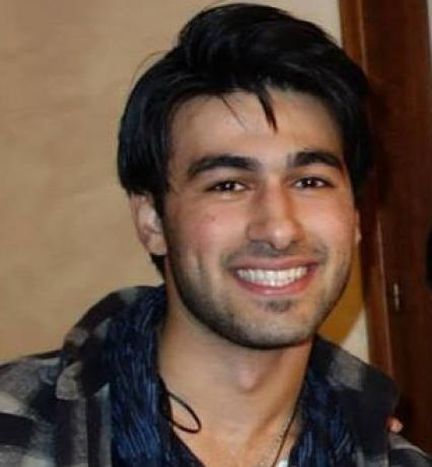 Yoav Hattab, 21, student and tireless worker in social movements, was one of the victims of the attack on a kosher market in Paris on 9 January 2015. I knew of him through our mutual involvement in the 2013 World Social Forum in Tunisia, the country in which he was born. Two years before that, he was a member of the Tunisian Human Rights Committee that went to the European Commission in Brussels. Yoav was in Paris to study marketing and was finishing up his shopping before Shabbat. He tried to use a cast-off weapon to subdue the heavily-armed gunman that Friday and save the lives of the other hostages, only to find the weapon jammed and to be killed in turn.

Yoav’s father, Benyamin Hattab, Grand Rabbi of Tunis, said that his son had expressed fear of wearing the kippah in Paris: “In Tunisia, we have respect. Even during the Revolution, there were no problems. We were respected by the State and by the people. Yes, by Arabs as well. All the schools were closed after the Revolution, but my school was open…. We have no problems with the Arabs. We grew up together.”

The Tunisian Association In Support of Minorities (the ATSM), however, quickly issued a press release decrying the lack of response on the part of the Tunisian government. The ATSM “condemns Tunisian authorities’ silence in the face of the death of young Tunisian Yoav Hattab, and reminds the Foreign Affairs Ministry of its duty to provide strong support in the case of an attack on a Tunisian citizen.” The Association’s president, Yamina Thabet, tweeted her disgust at the PM’s participation in the Paris march on Sunday.

Also on social media, Yoav himself had this to say in 2011 : 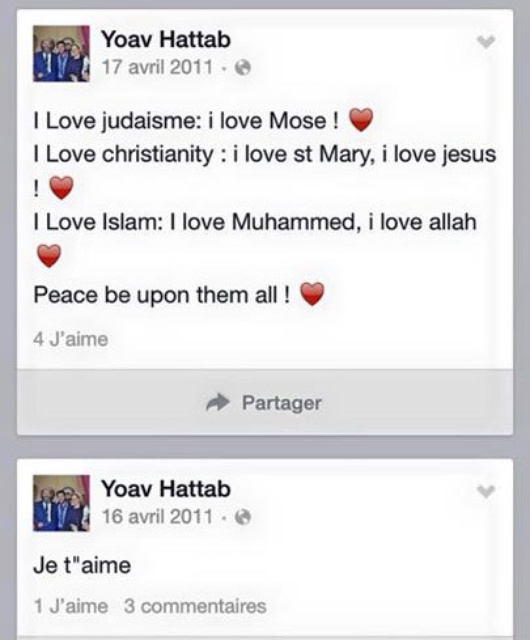 We hope to find some comfort in the rituals of our faiths, or in the words of our poets. “No man is an island… Any man’s death diminishes me.” John Donne, 1624.