First the Netherlands, then Belgium. Now Catholic Spain has legalised same-sex marriage. Slowly but surely, the EU is progressing towards equality for homosexual couples. 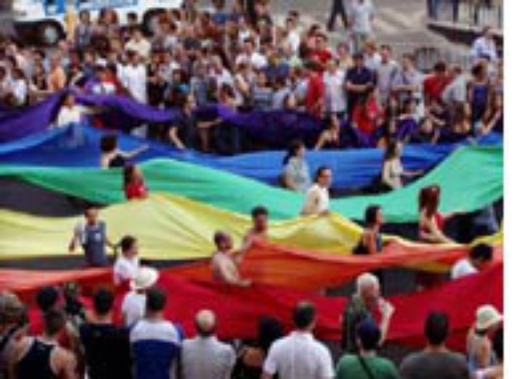 The Spanish lower parliamentary house has just approved gay marriage and adoption, overturning last week’s decision by the upper house and marking yet another step in the socio-cultural revolution that Spain has been undergoing since the death of General Franco in 1975 and the subsequent establishment of a democratic regime. Although there has been opposition to the bill, or this “virus upon the state” as certain prominent members of the Catholic Church have termed it, Spaniards seem, on the surface at least, generally accepting of the extension of the age-old institution of marriage to cover homosexual relationships, with reportedly 65% of the population in favour.

Such law reform is long overdue and Zapatero’s administration should be commended for placing gay marriage alongside euthanasia at the centre of its liberal mandate for social reform. However, considering Europe as a whole, such a step is not incredibly innovative. Civil partnership schemes are well established in Scandinavia, Germany and France where, despite the efforts of right-wing MPs such as Christine Boutin, the PACS came into force in 1999. Nor is the Spanish Government permitting gay marriage amazingly groundbreaking, for in doing so they are following in the footsteps of the likes of the Netherlands and Belgium. However, what is particularly significant, in many eyes, is that such reform in Spain dispels a widely held assumption that in such matters southern Europe lags behind Northern states. This slight is often levelled at Spain, having, as it does, such an orthodox religious heritage and tradition.

But what will be the wider implications of the Spanish Parliament’s decision to extend the institution of marriage beyond its traditional terms of reference? It is possible that just as the introduction of civil partnerships elsewhere helped push the matter of gay marriage onto the political agenda in Madrid, so too will Zapatero’s socially inclusive approach influence reform elsewhere in Europe. For example, the debate in Spain leading up to the approval of the act has seemingly had an indirect influence in the United Kingdom, where the House of Lords (the upper legislative house) has agreed to allow same-sex couples to enter into civil partnerships. It is particularly significant that the proposal to allow same-sex couples to register their relationship received cross-party support, even from the Conservatives who have traditionally followed policies emphasising the importance of traditional ‘family values’. Although it may be many years before countries such as the UK truly catch up with other European nations, the challenging of traditional notions of the family unit, lifestyle and sexual orientation should, in time, bring the ‘stragglers’ up to date.

Although Spain’s social reform shows that things are progressing, it is important that European society does not rest on its laurels, for there is still much more modernising to be done. For example, in member states such as the United Kingdom, steps are being taken to accommodate same-sex relationships but there is no such equivalent legislation in the pipeline to grant the same protection to non-married heterosexual couples. Whilst it is refreshing that European states are becoming more tuned to eliminating discrimination towards minority groups, certain member states would do well to remember that discrimination can be both negative and positive and should seek parity between groups whenever possible.