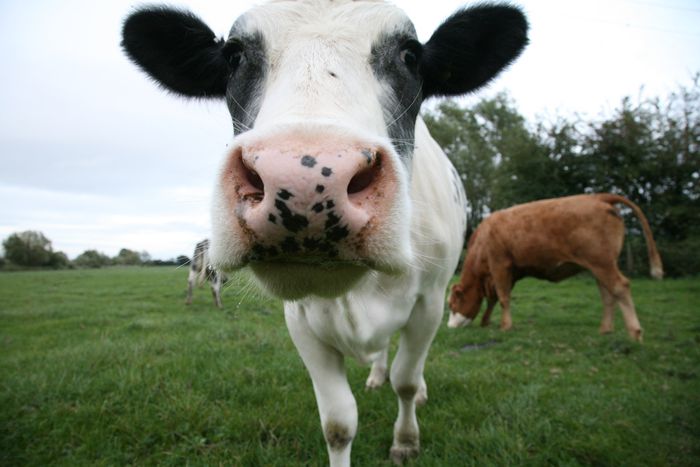 After closely escaping her fate at the slaughterhouse, Yvonne heroically wandered through the Bavarian countryside for 98 days. Caught on 2 September, the smart, headstrong animal was destined to be burned at the ‘stake’ like a certain famous maid of Orleans – until an animal sanctuary bought her for 600 euros

Everybody likes a nice, juicy sirloin steak, a tender filet mignon or some perfectly grilled chops, especially when served with a nice red wine. This past summer, however, some people might have found it difficult to enjoy these classic cookout staples. In fact, we all risked finding the loins of Jean of Arc in our plates.

Let’s not get ahead of ourselves. The hero always wins in all good fairytales, and Yvonne - the most famous cow in Germany - is the living example of this, for now. After a life of eating light, bearing babies and even producing milk for other people’s children, Yvonne is very much like a woman during menopause. This splendid bovine cannot produce milk or breed anymore. She has been deemed ‘useless’ to a man-centered society and destined to be turned into medium-rare steaks.

I am outta here!

That is what Yvonne must have thought once she sensed that her owner was about to take her to the slaughterhouse. In May she ran away from his farm in Aschau on the Inn in Bavaria, to live a life of freedom in the Bavarian countryside. A few hours after her escape hundreds of hunters and animal rights activists had rallied in the area in search of the cow, almost as if they were in a giant scavenger hunt. The hunters wanted to kill Yvonne: she had been branded a threat for the community after she crashed against a police car. Others wanted to save her. And even more wanted the 10, 000 euro bounty for her capture, as promised by the German tabloid Bild. 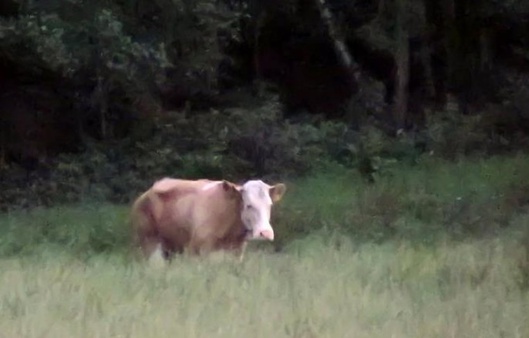 However, for more than three months nobody was able to catch her. Yvonne’s athletic abilities and her intelligence - well above average for a cow - had saved her. To survive, she had even changed her habits: she ate during the night, and moved from place to place during the day. Several attempts of luring Yvonne out had failed. Using her sister Waltraut and one of her own calves as baits had yielded no results. Even Ernst the bull, a notorious womaniser in the area, was unsuccessful. He had been brought out to entice Yvonne in a last glorious fling, but she resisted. Clearly, she was not keen on the idea of tying herself to another male, who would certainly curtain her hardly conquered freedom. It seems that our Yvonne is an independent female, perhaps even a little bit of a feminist! If only a single spark is necessary to start a revolution, could it be possible for other cows to follow Yvonne’s steps towards a life of freedom and emancipation?

Accordingly to the Italian news agency AGI, a small cattle herd (of four cows, a bull and four calves) fled into the woods of Franconia in August. Something similar happened again only a few days ago, with four cows fleeing from a farm in Thuringia. Is it possible, then, that Yvonne’s ‘heretical’ message has started to find followers amidst European cattle? She has plenty of followers on the internet. More than 28, 000 people are fans of the facebook page ‘Run Yvonne, run!’, dedicated to cow’s great adventure.

Is it possible that Yvonne’s ‘heretical’ message has started to find followers amidst European cattle?

The hunt for the Problemkuh ('troublesome cow') had been called off until at the end of October, after the corn harvest, when there would be fewer places for her to hide. However, Yvonne was not able to take advantage of this respite, and was located in a village near Ampfing just after the announcement was made public. A true rebel until the end, Yvonne fought against her capture. It took a tranquilizer gun, dozens of men and even a tractor to seize her. Fortunately, though, this tale has a happy ending. Yvonne, her calf, and sister have all been bought by a local animal activist and they live happily ever after on his farm. The threat of cooking this modern Jean of Arc on the grill has been avoided!

Wrap the virgin, who is still alive, in the long white dress. Chain her up to a pole. Put a great quantity of wood under her feet, at the base of the pole. Cook at high temperature until charred. Decorate with the two branches in the shape of a cross. Eat with a side of remorse.