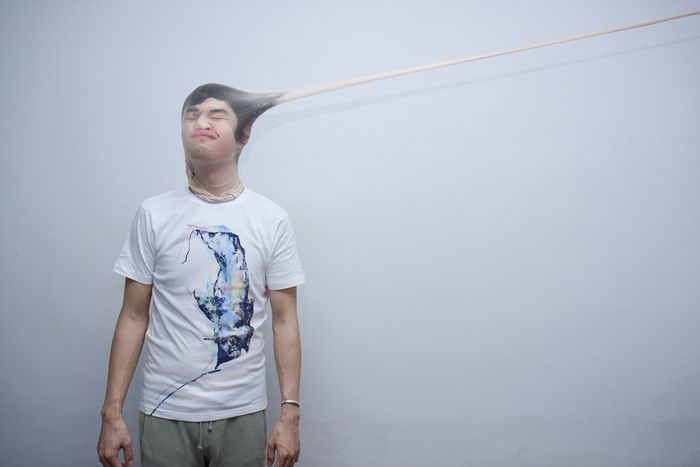 Youth in the Face of a Crisis: Childlike Belief

As part of its #YouthinMotion campaign, Cafébabel Brussels is giving the floor to young people, who are telling us about their difficulties in finding work, and how they have succeeded despite the current crisis.

For its second article on young people facing the crisis, Cafébabel met Stéphanie, a nursery teacher who is passionate about early childhood development. She supplements her income with several hours of babysitting.

Cafébabel: Hi Stéphanie, can you tell us a little about yourself?

Stéphanie: My name is Stéphanie and I’m 25 years old. I studied to become a primary school teacher at the ISPG in Brussels, but I wasn’t able to finish my course for family reasons. At the same time I was training to be a nursery teacher and a children’s nurse, and now I work as a teacher in a nursery.

Cafébabel: So to earn some extra money, you work as a babysitter?

Stéphanie: Yes, I look after some of the children I know through work, family, or friends. I’ve been babysitting since I was 16, and I was the oldest child in a big family so I’ve always been used to doing it.

Cafébabel: Why did you choose to do this, specifically?

I choose to do it firstly because I love children, but also because it allows me to earn extra money while still working in the childcare sector. But more than anything it’s because I enjoy it. I would agree to babysit even if I was really tired, or if I already had other plans, just because I know the child or the family, and I know I would have a good time with them!

Cafébabel: How many hours do you work generally? Are you flexible?

Stéphanie: I work 19 hours a week at the nursery and I do around 15 hours of babysitting. It’s quite a flexible job, as I can work during the day and organise my evening hours around the parents.

Cafébabel: Is there a lot of competition in this area? How much money can you earn?

Stéphanie: I work in collaboration with some other nursery teachers, so there isn’t really any competition between us. We help each other out and sometimes we stand in for each other. The remuneration depends on how qualified you are, and how much babysitting experience you have. The lowest rate I’ve been given was 8 Euros per hour. When I help out with homework, and do lots of activities with the children, the remuneration can go up to 13 Euros per hour. I don’t like to insist upon my rates; I start by asking the person how much they suggest, and then I adjust according to the family and the number of children. In general I keep it at around 10 Euros per hour.

Cafébabel: How would you describe the job market for primary school teachers in Brussels? Is it easy to find work? 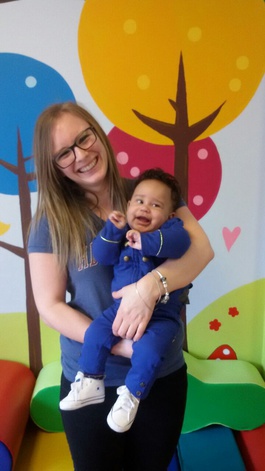 Stéphanie: No, not at all! In Brussels, it’s very, very narrow. Often I’m turned down for full time jobs as a nursery teacher because I studied to be a primary school teacher, so I’m over-qualified for the position. Sometimes you have to speak Dutch fluently; I speak French and English, so that doesn’t work either. If you want to work two part-time jobs, you end up paying a huge amount in tax, and often the hours of one part-time job aren’t compatible with the other. And if I found a full-time job in a nursery, I would have to start with a six-month temporary contract, so I would have to leave my current part-time, permanent job and run the risk of not being employed at the end of the six months. I’ve been looking for another nursery post to supplement my hours for four years now, but every time there’s something that doesn’t work out. That’s another reason why I do babysitting – so that I don’t have to rely on my parents financially.

Cafébabel: Have you chosen to live with your parents, or is it purely for economic reasons?

Stéphanie: I could live alone, but with my part-time income (between 900 and 1000 Euros a month) I would have to tighten my belt constantly, and I wouldn’t be able to put money aside to buy, for example, my own flat later on. Either I rent for life, or I stay with my parents for as long as possible to save up and buy a decent property one day. But getting a mortgage when you’re young is complicated: you have to provide payslips, prove that you have security, not to mention the fact that interest is higher at that age. I don’t think they are doing enough to help young people get on in life and be independent.

Cafébabel: What do you hope politicians will do to improve the situation for young people?

Stéphanie: We need more support for young people. There needs to be better reasoning behind the assistance that’s given according to your personal situation. For example, there is an unemployment supplement for people who work part time, but I’m not entitled to it because I still live with my parents. My dad’s salary is apparently “too high”, but in reality it’s not enough to provide for the whole family. One of my best friends was a student when her parents divorced. Her dad is a dentist and her mum is a lawyer, but she is entitled to a student bursary because her parents are separated. I’ve never been entitled to that bursary. So I want a fairer balance. Equally, politicians should do something for the young people who finish their studies but who can’t access the unemployment benefit for a year. There are internships, but it’s often extremely difficult to find your first job, because they ask for too much experience. That leads to some complicated situations for young graduates.

This article was published as part of cafébabel Bruxelles’ #YouthinMotion campaign which gives young people the chance to tell us about their difficulties in finding work, or how they have succeeded despite the crisis.