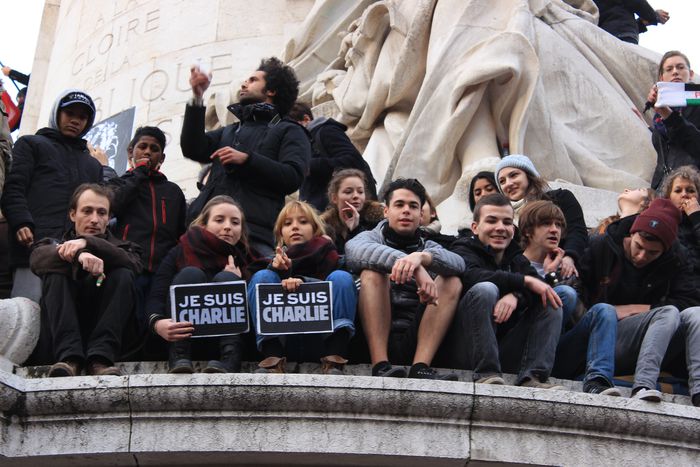 At the march on Sunday in Paris, nearly two million people gathered in the capital. A group of youths attended to show their disapproval of the terrorist attacks of the past few days.

Paris took to the streets with one clear objective: to defend expression and show unanimous disapproval of last week’s attack. “I am Charlie,” “I am Muslim and against violence,” or “Let me laugh” were some of the slogans that were featured on the signs. Close to two million people marched slowly through the capital, like a mass rush hour, moving stealthily. 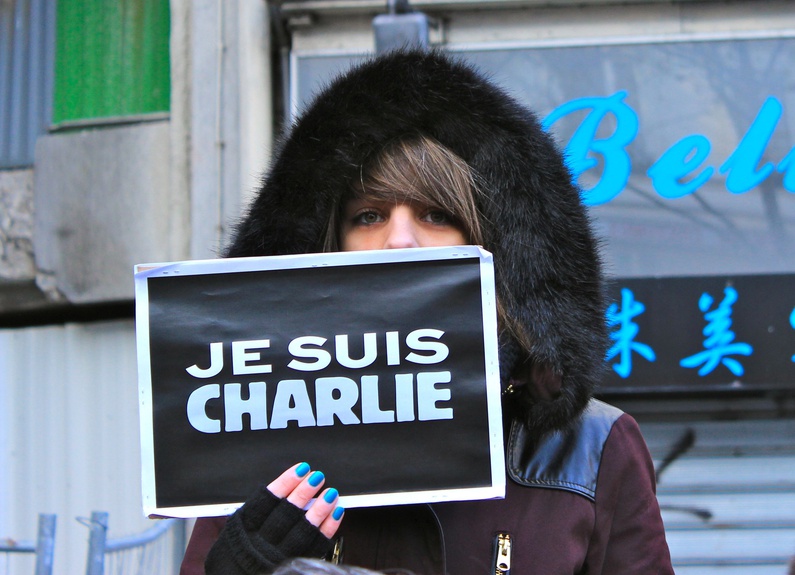 People of different denominations, nationalities, and origins gathered in the Place de la République and its surroundings to show solidarity for the victims. Among the participants, the presence of young people was visible. Youngsters like Julia, age 27, Florence, age 28, or Matthieu, 24, came together “for the liberty of expression.” “France is a country of liberty, it’s in our genes,” says Florence. “It’s something that we carry inside of us, and we are Charlie,” she adds. “What has happened affected us a lot, and being here is the only way we have to show that we don’t want it to happen again."

A few meters from the République statue, Idir, a 19 year old youth, tells Cafébabel that he wanted to approach the scene to “fight a battle” that goes beyond any creed. “I am of Muslim denomination, but that has nothing to do with this. They’ve attacked our values, and because of that we don’t defend a specific community, but our liberty,” Idir declares. 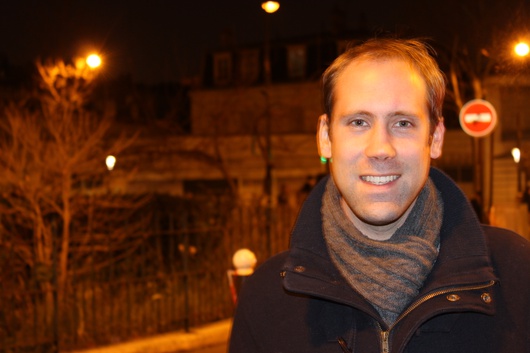 Among the people, the national sentiment makes itself known through the Republican flags and the chants, intoning the Marseillaise. The act of gathering becomes almost a duty. “For me it’s a sort of obligation to be here, we’re not going to surrender. ‘I’d rather die than live on my knees,’” Thomas exclaims, a young French man aged 26, recalling the words of Charb, the chief executive of Charlie Hebdo, who passed away last week.

“Who are you?” shouts a young man, perched on the skirt of the statue, in the middle of the square. “Charlie,” the people respond. Within the crowd, the people are not only French people. Students and workers that have resided in the capital for some time also joined the protest. 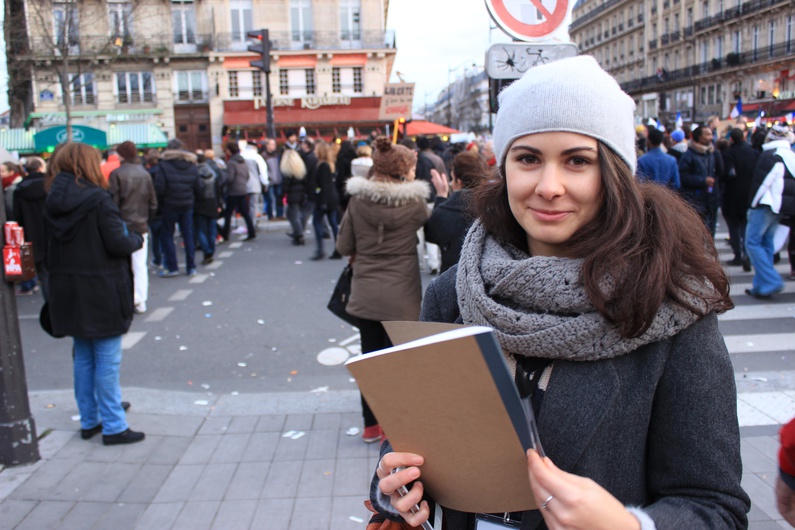 “As a journalist, I think that we have to defend the liberty of the press, and what has happened has been an attack on the possibility to express yourself,” comments Irene, a young woman 23 year old, that has been working in Paris for a few months. “We need to unite facing this type of assault that puts at risk not only our work but also the stability of a country in which, until now, there was equilibrium.”

The same feeling emanates from the words of Emilia, an 18-year-old British girl who studies in the capital. “It’s history being written, in this moment. What has happened has been a horrible tragedy, and I wanted to support the families of the victims, and the people who live here.” She says she “feels French for a day,” and wants to represent her country “as she can.” 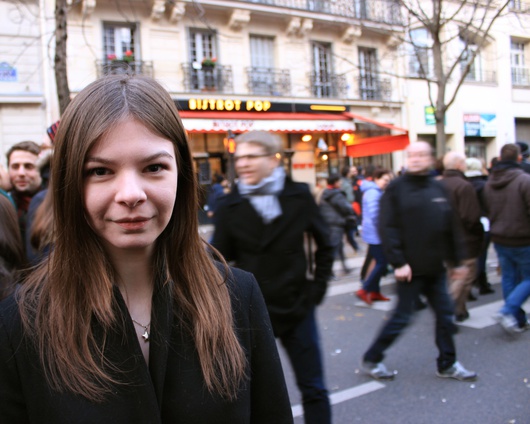 Meanwhile, Sandra, 26, from Portugal expresses a desire to protest something “that affects us all.” “In this case it’s been France, but the same could have happened in another country. The important thing isn’t so much nationality, but showing that we are against what has happened, and in favor of the liberty of expression,” Sandra summarizes.