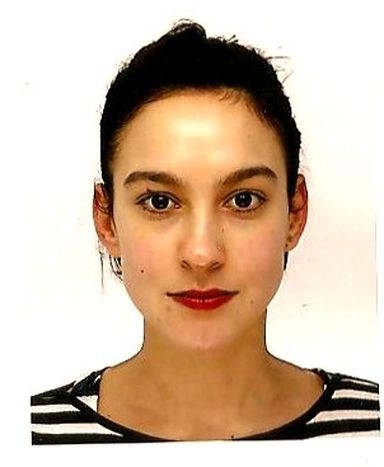 It all started 6 December 2008, when Alexis was killed by the police in the Exarchia neighbourhood in the heart of Athens. That was partly what really set off the social mobilisation of young Greeks.

But in addition to this tragic event, the decreasing value of the diplomas and purchasing power of the ‘’700 Euro Generation’’ were also being protested in the streets. Today, three years later, as Europe points its finger at Greece, blaming it for the financial crisis affecting the continent, what has happened to these young protestors and what is their present situation?

Julia Manuel, young Greek, studies in Brussels. Like many of her compatriots, she intends to remain in Belgium for the time being. The austerity measures imposed over the last few months have deteriorated Greeks’ living conditions to a point almost unimaginable. The minimum youth wage is now 595 euros, down from 700. “The unemployment rate has reached 16%, a 50% rise over 2010. For the young, it is twice that (about 30%),’’ according to The Figaro1. Also, overqualification among the young remains a major problem. Most students spend long periods studying abroad: Masters degrees in France or English, PhD’s in the United States. They all speak two or five languages, ending up overqualified for what the market can offer them in job prospects. They must resort to accumulating various ill-paying, part-time jobs.

I have friends in the Athens bar where I work as a student part-timer over the summer. They’re in their thirties. They work in the bar from 6pm until 4 in the morning, and then at 8am they work in a store until 5pm. They effectively work 19 out of 24 hours a day and still can’t pay the rent! It’s really a catastrophic situation,’’ explains Julia Manuel, a 22 year old of Greek origin. Presently living in Brussels, where she is pursuing an Executive Masters in communications and European affairs, she, like a good number of young Greeks, plans to stay for the time being in Belgium to work in European affairs. One solution for freshly diploma’d Greeks: emigration to a country less affected by the crisis, who can ‘’use’’ them and pay them what they are worth. But not all of them are flying off to better horizons. Some have decided to stay and get by through innovation. Associations of young Greeks have come about and are creating new ways to work and live together. ‘’Some decide to return to Greece after their studies to plant lavender and make essential oils. Others want to promote Greece’s riches to attract European tourists…,’’ Julia Manuel offers as examples. Social and/or agricultural entrepreneurship also bring considerable success.

In no way should one think that young Greeks have been defeated. They are of course faced with the crisis on a daily basis, but they are not immobilised victims. ‘’Many students defer their studies in order to take to the streets and fight for something other than their courses. They have demands, and they are not passively saying, ‘This is shit, there’s nothing we can do about it.’ The Greeks are not like that. They come out on the streets and strike,’’ explains Julia Manuel. And contrary to common thought, it’s not just the youth who are acting. People of all ages and backgrounds can be found among the protestors: the entire Greek population is protesting today.

Greece doesn’t have the same mobilisation culture as Northern Europe. Throughout their history, Greeks have been more politicised than other Europeans. Remember that less than 30 years ago, they were still under the military dictatorship of the colonels. After the coup d’état in 1967, the dictatorial regime tried to eliminate all forms of opposition. But that did not stop numerous protests from being organised against the régime. That is why, even today, many protestors can declare, ‘’My father was tortured during the dictatorship.’’ These facts naturally increase the politicisation of the Greek people, making mobilisation and asserting demands a part of the national culture. However, even if Greeks are not hesitant to take to the streets, the essential question is if they can really change things. According to some, the crisis is mostly European, and even international, rather than just Greek, and they don’t want Greece to be left out of a European recovery, or worse, to be further humiliated. Humiliation is the general feeling common among many young Greeks. They are humiliated by their government’s corrupt politics and apparent favouritism, and its seeming inability to understand the limits of its people’s patience. They are also humiliated by Europe’s attitude of casting stones at Greece while ignoring their collective responsibility.

The Solution: The Younger Generation

And yet, Europe seems to have reached a transitional moment in its development, where courage and alternative politics will prove to be necessary. And that’s where it seems the young have a role to play. As Julia Manuel confirms: ‘’The answer lies with our generation. There are a lot of Greek students who are also conscious of the need to find an alternative to the capitalist system, that we have to level it and rebuild something sound, something just.’’