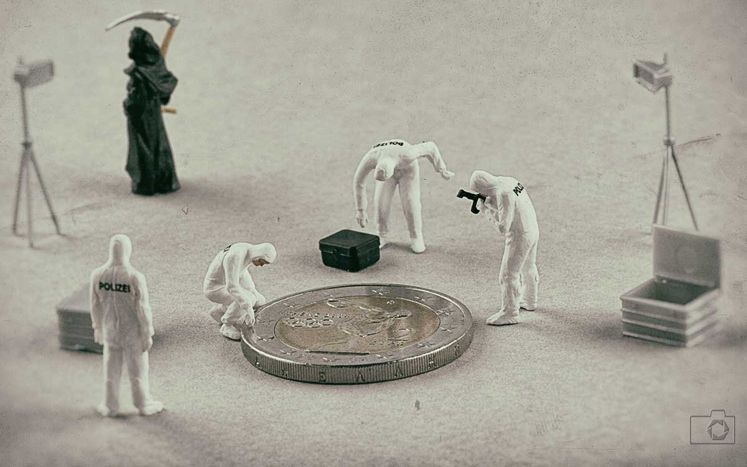 Young Greeks, how are you feeling today?

As the question of Greece leaving the eurozone becomes more topical than ever, we asked young Greeks how they are feeling today, facing closed ATMs and panic on the streets of Greek cities.

Today I feel disappointed, frustrated, perplexed and sad of course. Nobody knows how things will turn out tomorrow, let alone next week and that's a really weird feeling… Well, now, after all these years in crisis (economic, political and social) it's the first time that I'm really afraid of getting out Europe, not the Eurozone, but Europe!! C'est grave!

I feel that the situation is gradually becoming alarming. Above all it is because of the fact that despite the given referendum question on our acceptance of the obligations proposed by the institutions, Brussels and Berlin try to force another conclusion on us which is the one of staying or not inside the eurozone. Daily life in Athens seems tougher than life in the countryside. For example, yesterday I called a friend who lives on the island of Corfu and I’ve learnt that there are no queues in front of ATM machines. 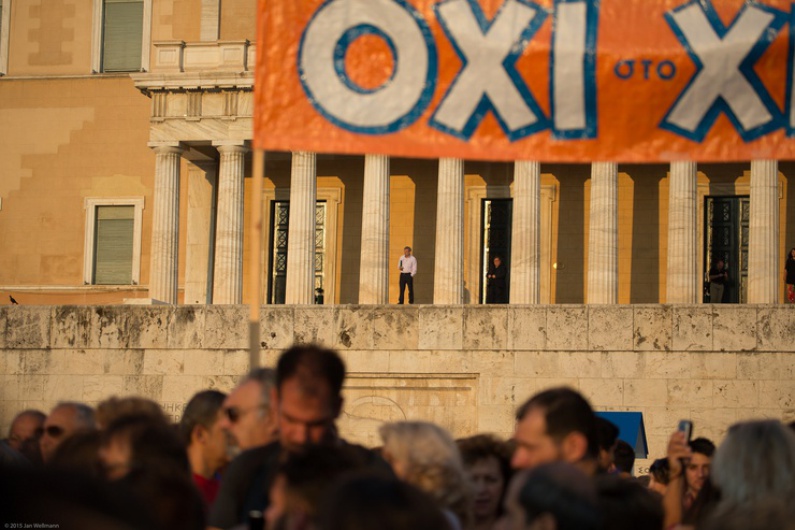 Since this weekend, when the referendum has been announced, we are all in a very bad mental situation. We are not worried about ourselves, who live abroad, but about our people who stay behind – parents, siblings… I am really depressed about this situation from which it seems there is no way back... I'm really worried about my people back in Greece. The whole day my mind is back there. I cannot concentrate on my work. I'm thinking of my home and my family all the time and I'm calling them like every 2-3 hours to see if there is something new.

I would have to say that it's a very stressful week in Athens. The TV news show images of people standing in the line in front of ATMs or gas stations. The media and many of the political parties are trying really hard to make people feel frightened and stressed. Of course, everything has almost stopped, meaning no one pays/buys anything etc. Personally, I'm not afraid. I'm checking the news, talking with other people and trying to remain calm. I'm going to vote no in the referendum. I prefer a very, very hard period even out of the eurozone than this endless economical war from the EU and the IMF. 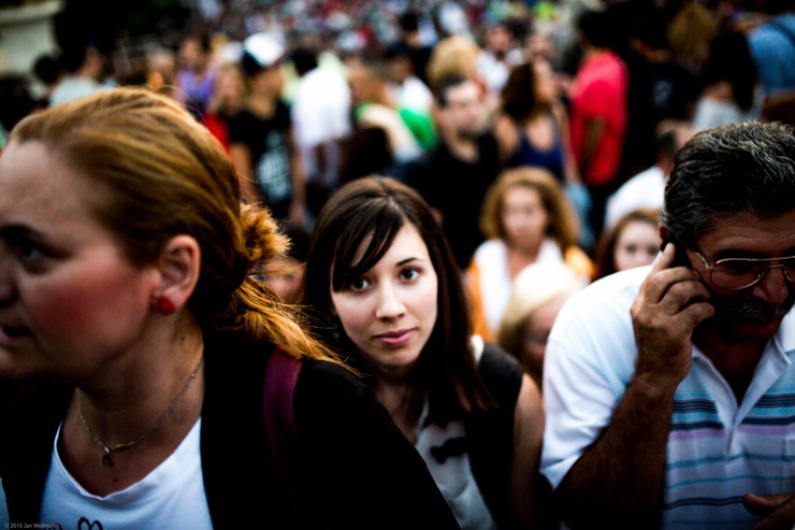 Since Friday night, when Tsipras announced the referendum, I am really excited as the Greeks will have the opportunity to choose their priorities.  NO means more social and national independence even if we have to sacrifice Greece's place in the eurozone, as Europe is dominated by conservative pro-austerity policies. YES means that we want to stay in the euro zone at any cost. There is no easy way out. I will vote for NO and keep on fighting against austerity. History is being written and I am happy to be part of it.

I am alarmed but definitely not in chaos. Cautious but not frightened. Nor is anyone in my family. The television drama of the Eurozone is trying hard to impose a political climate in favour of a Yes vote. Sadly I will probably not vote since I will be in Berlin, speaking at an architecture conference. This reminds me that, so far, culture is what makes us Europeans. No one yet feels like an European in a political sense. Luckily, Syriza's referendum does give us that chance of responding to Brussels directly, not through another puppet government. And we will firmly answer: the Euro must be shaped into a mechanism of solidarity between European peoples, not an instrument of capitalising the rivalry of national industries. A firm No should be our reaction to austerity measures, which hit the weak in favour of the strong.

My feelings are mixed. To make it more clear I would say, I feel: 50% angry , 40% proud and 10% disappointed. Don't ask me from where these feelings are coming from... it's a tough time for our Europe!

I feel sad because of the situation. From the one side the Union was created fast without the trust between its members, like a pact between strangers, with fresh memories of the mistakes from the last century. From the other side it's how we deal the present and make it better. I wouldn't like a Grexit for a lot of reasons. We'll have to swim to unknown waters, and insecurity is the sister of the fear - no one wants it. On Friday, when I heard about the referendum my first reaction came from the heart by voting no. After Monday with capital controls being enforced, I understood that something is wrong. This government and the people want a better deal with the institutions so as not to risk a Grexit. Up till now, the wider European and Greek economic crisis at least made me feel that we are in the same awful situation, but now, this isolation makes me feel more unstable and depressed with a lot of anxiety, not only for the long-term future but also for the present.

In my opinion there is a chaotic propaganda going on here from the media (i.e. private companies of billionaires). So as a result, many stupid greek people are thinking that this will be the end of the world so they're going and buying things from supermarkets and queuing in front of the banks to take out money. With a  60 euro per day limit from the banks, we see stupid people telling that it is impossible to live with such a limitation.

And whoever panics has moronic political thoughts or has bigger interests. In any case, I think that the European political class wanted this to happen. I think the goal is to bring down Syriza from governing. If the referendum ends with a Yes (in my opinion it will, cause Greek people are stupid), we will have elections which means a centre-right coalition goverment to say Yes to all the measures of the Eurogroup, making the country suffer even more.