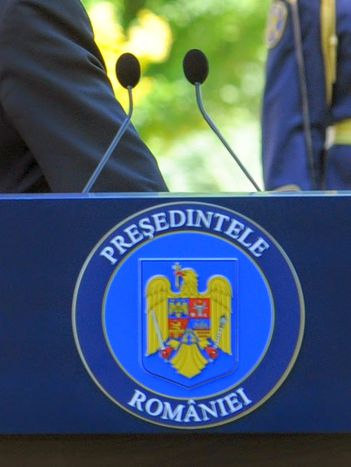 Young, German or a woman: a new type of President for Romania

18,3 million Romanian voters are invited on November 2 to choose from a number of fourteen, very different candidates, but polls show that only a few of them has real chances.

One of the latest political jokes referring to the Romanian presidential elections is that Klaus Iohannis, currently the second in polls, shuts fluently in three languages.

The fourth term mayor of Sibiu, a city of 147 000 located in Transylvania and former European Capital of Culture in 2007, is different from the type of mouthy politician the Romanian voters are used to and his style become subject of irony.

At the first democratic elections after the Communist regime, in May 1990 they were only three candidates for the highest office in the Romanian state. Two years later people were called again to choose from six candidates.

In 1996 sixteen politicians figured on the ballot, while at the last three presidential elections the number of the candidates was the same: twelve.

Depending on the results of the second round of elections on November 16, Romania could have its youngest president ever or the first head of state of ethnic minority. 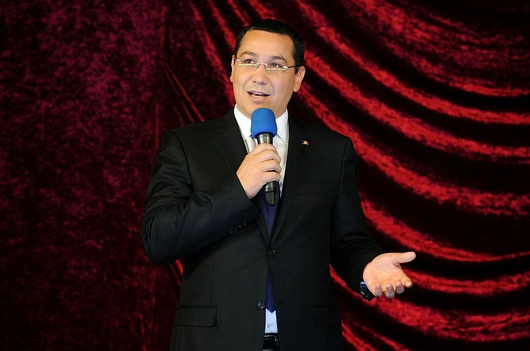 The 42 years old Prime Minister, central-left politician Victor Ponta entered the race as the candidate oft he coalition formed by the biggest Romanian party, the Social Democratic Party (PSD) and two minor formations. He angered some voters in August when he said will watch with “with popcorn and beverages” the debates from the first round of the elections. Later he said it was a bad joke and regrets it, but according to the latest polls he is still the most popular candidate.

As his campaign messages states, he wants to be “the president that unites”, “proud to be Romanian” appealing to the patriotic side of the electorate. 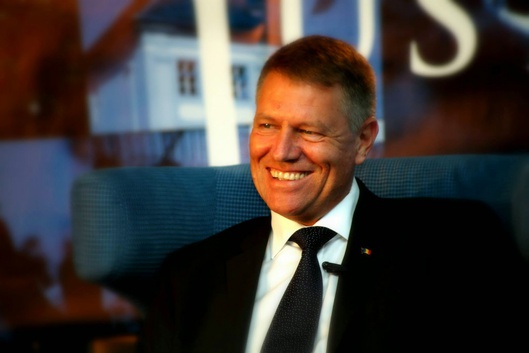 The candidate of the alliance of the two major opposition formations: the National Liberal Party (PNL) and the Democrat Liberal Party (PDL), Klaus Iohannis wants “a Romania of well done job”, with law instead of theft and “facts, not chatter”, using the good image that German ethnics have in the country, as hardworking and thrifty people. The spokeswomen of the Social Democratic Party called a “defect” that Iohannis has no children and resumed that the liberal candidate invested in real estate instead.

The case was reported to the National Council for Combating Discrimination who will pronounce later.

He also made headlines with his real estate properties in his native city of Sibiu, his opponents questioning how Iohannis and his wife afforded them. 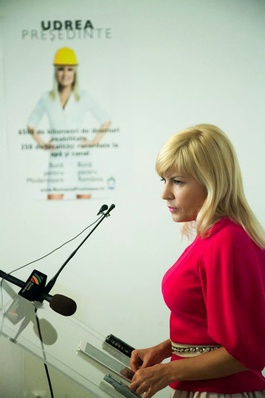 The former minister of Tourism, Elena Udrea, is backed in the campaign by the current president Traian Băsescu and represents the People’s Movement Party (PMP). As a young and ambitious woman, she uses her image to get votes, as her slogan “Beautiful Romania” suggests. She caused a debate when a photo of her arranging her bra while talking to a men during campaign tour gone viral. “I understand that after the misfortune of high heels, comes another one: the bra. Another reason why a woman can not be President!” she wrote ironically on her Facebook account.                                                                    The other female candidate, former minister of Justice and a second term member of the European Parliament, Monica Macovei assumed the role of an independent candidate who fights with political parties and it’s “better than them” as she states. Known for her battle against corruption while she was a minister, she wants Romania to continue in the Western direction.

Senate president Călin Popescu Tăriceanu promises in his slogan “welfare and respect”, a reminder of the period of economic welfare from his mandate as prime minister between 2004 and 2008.

A businessman who is “on your side”, he thinks Romania needs a country project in order to develop.

The biggest ethnic minority group of the country, Hungarians make only 6,5% of the population, but they have two candidates representing different approaches.

The president of the Democratic Alliance of Hungarians in Romania (UDMR), former deputy prime minister and minister of Culture in the ruling government, Kelemen Hunor said he thinks Romania is ready for a minority president and campaigns for respect between the citizens of the country.

Szilágyi Zsolt, the candidate of the Hungarian People’s Party of Transylvania (PPMT) proposes the “Transylvanization” of Romania by spreading tolerance, diversity, efficiency and launched the idea of a federal state.

Nationalist politicians and former party colleagues Corneliu Vadim Tudor and Gheorghe Funar are now rivals in the presidential campaign. Vadim represents the Great Romania Party for the fifth time as a presidential candidate and says that Romania is “in a state of catastrophe”, while Funar is competing as an independent to end “the dictatorship of the political parties against the Romanian nation”.

The head of the Foreign Intelligence Service (SIE) joined the race for presidency in the last minute. Teodor Meleşcanu candidates as an independent and wants to be the competent president Romania needs.