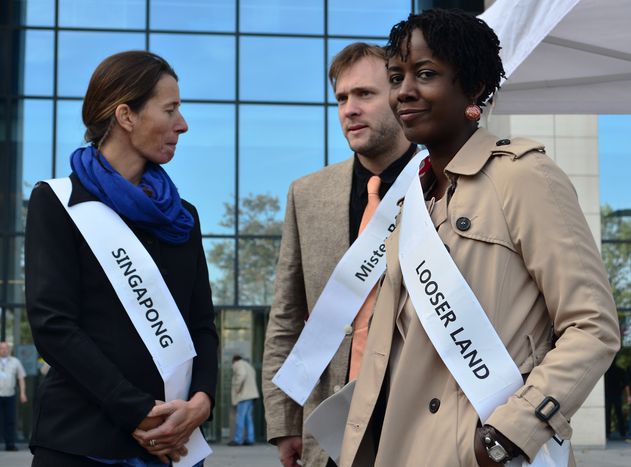 World vs. Bank: The Business of Agriculture and the Podium of Inequality

We are the Champions is playing and the people at SOS Faim are getting ready. The show starts. Three countries with made-up names step up to the podium. What’s their claim to fame? They’ve all facilitated large-scale foreign investments in their agriculture sector.

October 10 has become a day of international protest. It’s become a day that marks ‘World vs. Bank’, when 235 organisations from around the world carry out demonstrations in 10 cities to support the ‘Our Land, Our Business’ campaign. 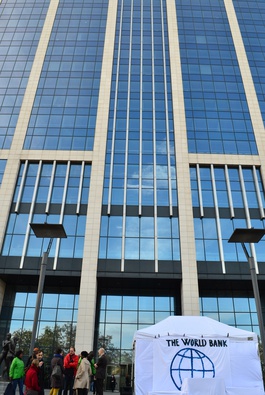 In Brussels, the European capital, around 30 people gathered in front of Finance Tower to protest against the classification project ‘Benchmarking the Business of Agriculture’, or BBA, which was set in motion by the World Bank. Virginie Pissoort from SOS Faim, the NGO that organised the protest, explained to us how symbolic the place they’d chosen was, given that in Belgium “relations with the World Bank are carried out by the Ministry of Finance, which doesn’t make sense, as it should be the Ministry of Economic Cooperation and Development”. Virginie’s criticism of the Belgian government also pertains to its role in the World Bank itself, because “contributing money isn’t enough; Belgium must involve itself in and influence this institution’s strategies, such as by condemning land grabbing practices”.

The indicator will benchmark 80 countries in 2015. The protest that took place on October 10 staged a satirical awards ceremony for the countries that managed to reach the top of the index. The three winning countries, all with made-up names, were presented with their awards, accompanied by a speech in which they were rewarded for their malpractices that had benefitted big private companies and had been detrimental to the local population’s rights and needs.

The ‘Our Land, Our Business’ campaign warns that the BBA classification, where countries are ranked according to how easy it is to do business in their agriculture sector, promotes land grabbing by large private investors in developing countries. SOS Faim states that the negative effect on agriculture in the local communities is a fact. The Belgian NGO provides specific examples, like the case of the Democratic Republic of Congo after being subsidised by the World Bank as part of a programme which facilitated foreign investment. 2.7 million hectares of land have been leased to big companies in the space of eight years. And the outcome has certainly not been beneficial to the local community, who have been deprived of access to fertile land and have suffered grave human rights violations. Another representative from SOS Faim said, “The BBA is an indicator which focuses on agricultural investment, but this is a business like no other”.

The global initiative of ‘World vs. Bank’ attempts to debunk the myths surrounding the support given to agriculture and development. Furthermore, the protest demands that the governments of the World Bank’s member states participate in the decision making process and take care of the food security of the most vulnerable countries, not of the large economic interests. 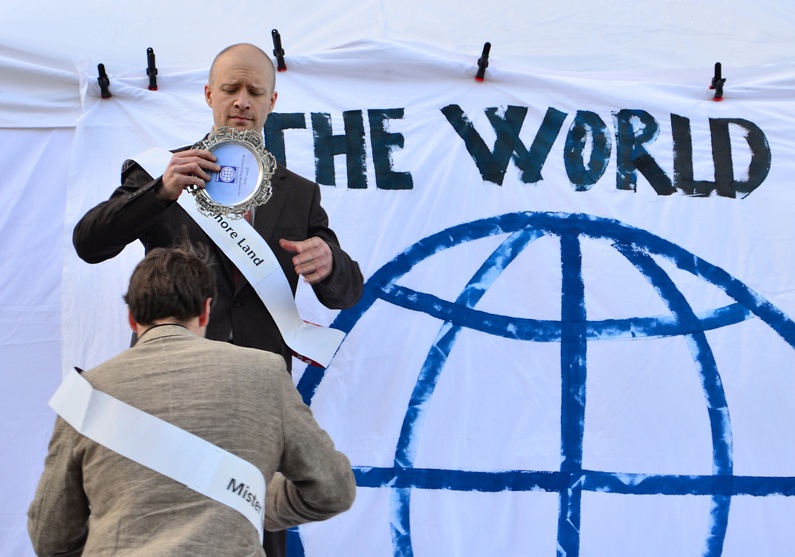 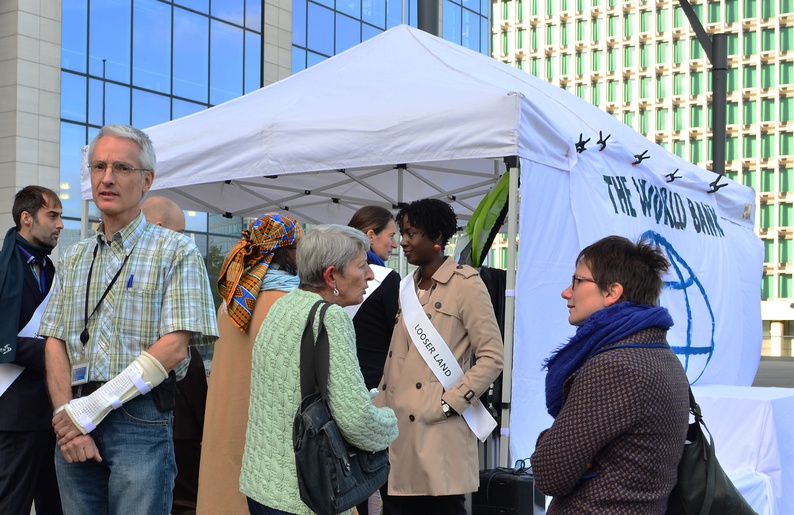