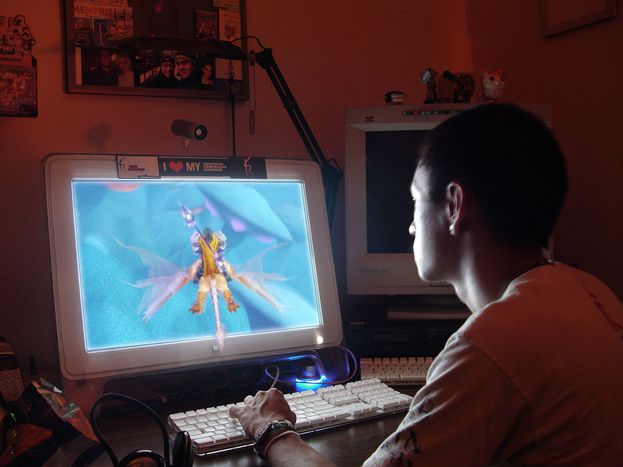 Launched by an American company in 2004, the critically acclaimed computer game has 12 million monthly fee-paying subscribers across the globe. As World of Warcraft: The Magazine comes out in English, French, German and Spanish, a British former player explains the online fantasy phenomenon

Half-way through an encounter with one of the Old Gods, a thousand-eyed, teeth gnashing, tentacle spawning fiend, I face away from his glare to avoid turning insane while cleansing diseases from my fellow players. Fifteen players are beating his minions down. A few more are taking on the boss himself. Heals are flying everywhere and an unimaginable amount of damage is being done. Back in the real world I break the silence in my living room: 'Ibuprofen constricted West side, dps focus on crusher, portals to brain room opens in 5, don't forget to dispel magic'. My dog looks puzzled. My girlfriend sits there, infuriated that a grown man has spent the past three hours ignoring her, manically shift/alt/ctrl-clicking his mouse ad infinitum. In terms of an escape from reality, few computer games can compare to World of Warcraft (WoW). But it was after nights like these that I decided to leave WoW behind, no matter how fun, and give real life a chance. 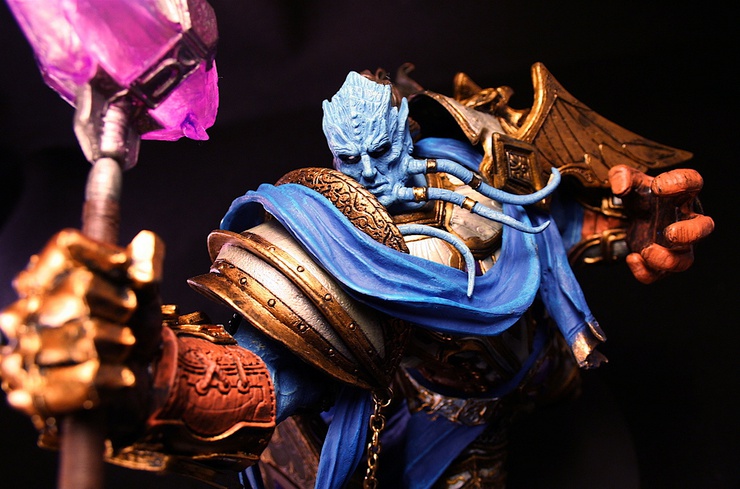 WoW is run by an American company, Blizzard Entertainment, which is a part asset of the French media conglomerate, Vivendi. It has an about equal amount of players in Europe; at the time of writing the best 'guild', or group of players, is European. Translated into eleven languages, WoW has polarised opinion from those who see it as the best game ever to others who view it as a strange and depressing obsession. It attracts all sorts of people from the mid-teens through to graduates and parents. It also transcends many economic demographics; the guild I was in saw investment bankers playing alongside US soldiers stationed in Iraq, as well as the more stereotypical computer programmers. Most games really struggle to build on a player base outside of the male 15-30 bracket, but WoW understands consumer culture better than any think tank in existence. A future advertising campaign is rumoured to be featuring French singer Olivia Ruiz in it, in a bid to make the game more gender-friendly.

People become consumed by their need to have things no one else in the game has, and devote weeks of their lives for a virtual reward just so they can show it off. WoW works by constantly making you feel inferior to the possibilities of what you could achieve if you just played more and so it is hard to leave. Honestly, if the developers said run in concentric circles for three hours a day for a week to get a new weapon, people would do it unquestionably. The list of things available to do within the game is startling. This appeals to the casual gamer who works in the week while catering to those who have time to work out formulas like Armor = (467.5 x Enemy Level - 22167.5 ) / ( 100 / %Reduction – 1).

On 21 August, an American 'addict' to the game became the first user to enter a rehabilitation centre, which opened in Seattle in July. ‘Internet addiction’ has been a global phenomenon since 1983, according to TIME magazine. In 2003, one million were said to have internet addiction disorder (IAD), according to Deutsche Welle, who were reporting on a summer camp in the seaside town of Boltenhagen, northern Germany. WoW's success has made the subject an issue: to have such a term levelled at any video game seems absurd when you compare it to the damage done by alcoholism or hard drugs. Frankly if you have a deadline to meet or an obligation to someone you do it; WoW takes a back seat. There will always be isolated cases, but in the main the saying 'out of sight out of mind' really does apply. Add to that the fact that the only centre which exists in Europe - The Smith & Jones Centre, which opened its doors in Amsterdam in 2006 - uses the term' compulsive video gaming' as opposed to 'addictive'.

In 2003, one million were said to have internet addiction disorder

Two things of note; firstly people play Warcraft because of its sheer enjoyment factor. Real life, for the vast majority, is inherently dull whether they are stuck in a job they don't like or at a school they regard as useless (hello chemistry, I'm talking to you). WoW is a better use of free time than television, where you wallow disconnected from reality doing nothing, or all those inane networks like twitter or the apps on facebook. Secondly, video games have developed a stigma whereby any extended amount of time spent playing is perceived as a problem. If I spent as much time binging on the violin or painting, no-one would bat an eyelid, even though they are equally as solitary activities.

Religion in the corner

WoW allows players to leave their real life selves be for a few hours and is a highly secular game with absolutely no political overtones at all. Even though there are churches and cathedrals in the game, the 'Light' is worshipped and there is no mention of God in any form. If someone does start preaching they are quickly shut down by fellow players: 'please don't bring religion into my hobby.' There are of course political messages from players imploring others to vote if there is an election in their country but in general, only the largest world events are given any time in-game. When London suffered its worst terrorist attack in July 2005, one player asked 'Is Blair Soulstoned?' - referring to a spell that instantly restores you to life if killed. Humorous comments and quick wit are the staple of WoW and a new lexicon has been created by gamers. It allowed me to meet so many people and have such a great time and it really is something those who haven't played will never know.

Check out Outside World of Warcraft Achievements, a site that the author made to get over WoW: 'stuff to do in real life away from the PC'

World of Warcraft: The Magazine will run in November 2009 for four issues in Europe, and is published simultaneously in English, French, German and Spanish