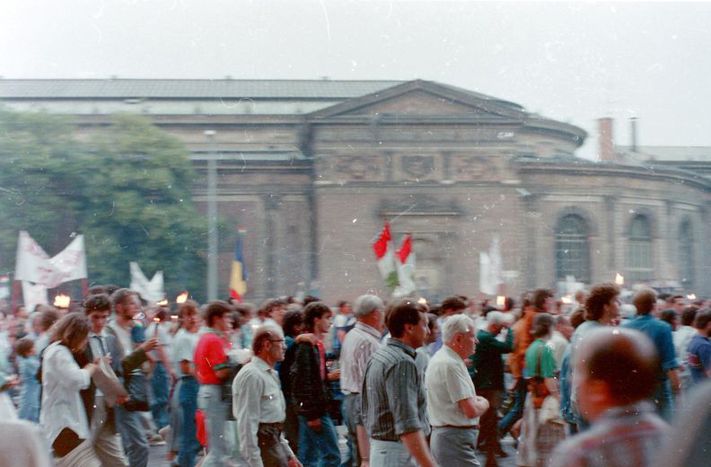 Working men of all countries, unite!

I was conceived in the heat of the end of communism in Hungary in August 1989. Right after the Pan-European Picnic opened the Iron Curtain for three hours, and a bit earlier than the Hungarian government declared that they wouldn't stop the thousands of East Germans fleeing to Austria.

While the new system was always more than natural for me, the fall of the Iron Curtain had a very symbolic meaning to my parents. In a few months, all the history that they had known before changed completely, which was kind of incomprehensible. Young adults, such as my Mom at that time, were to break down their own walls inside them while the Iron Curtain fell down — their invisible walls built by the previous generation. 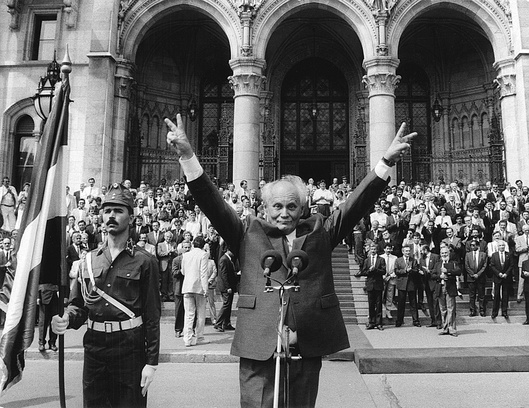 For my grandmother, who had always been a faithful communist, it was hard to realise what was happening around her, and as a history teacher, she found it almost impossible to get used to the changes in Hungarian history as well. She was happy under the communist regime: she could study at university in spite of the fact that she was a child of a poor family, she could fullfill her dream to become a teacher, and she received a flat in a panel building in Zugló, where she still lives. She didn’t know what to expect from this unknown future. Nevertheless, she was glad to see the disappearance of the Iron Curtain as all of my family, because they had relatives and friends who lived an isolated life behind the Berlin Wall. My family often went to Lake Balaton during the summer, which wasn’t the same place after these events. It wasn’t the famous meeting point of the people from East and West Germany anymore, so the beaches weren’t so full of German words, and the trading system around the lake stopped functioning. 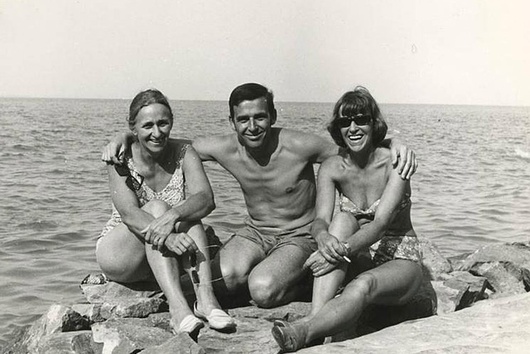 Before the change, the East Germans always arrived at the lake with a few quality products (like Salamander shoes or barbecues) to sell, even though the state made some restrictions to not let them have too much "pocket money” during their holidays. The Hungarian holidaymakers made a deal with the maids of the guesthouses to save the thrown away West-European newspapers for them. Some Hungarians lived a better life before the fall of the Iron Curtain, because they could make a good living from selling German products in Hungary and exporting Hungarian-made sweaters with Norwegian patterns to Eastern Germany. 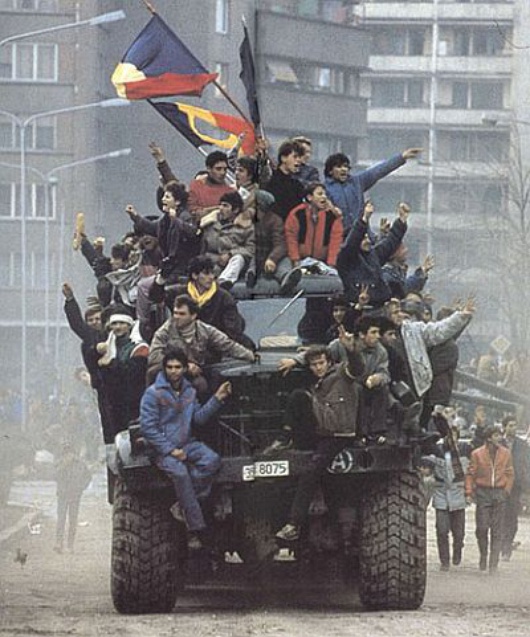 In the year when the Iron Curtain fell, another event was even more important for all Hungarians: the revolution against the dictatorship of Ceausescu (23-25th December, 1989). Our country had a stake in it because Transylvania was part of the Austrian-Hungarian Empire until is disintegration in 1918, so many Hungarians still felt strongly about the region. Romania was the only country behind the Iron Curtain where the transition between the two systems was violent, and where some of the ex-communist leaders ended up executed. A lot of people, including my Mom’s high school friends, went to Romania to record the situation with alternative television called Black Box. It was dangerous, because the member of the Romanian Security had been shooting the revolutionists for a long time. By then, almost all the Russian soldiers had left Hungary, but we could still find their traces everywhere. That’s how the ghost town near Szentkirályszabadja was formed. The Russian and Ukranian soldiers lived in empty panel buildings built in the 60’s and 70’s. 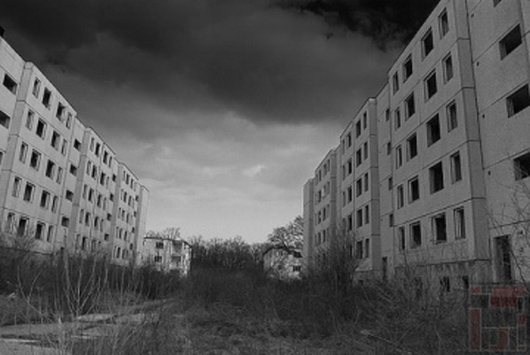 Before, there was a working nursery school, a primary school, a high school, a gym, a theatre, a cinema and a lot of other places to live too, but after 1988, the soldiers and their families left the town to return home. By 1990, the buildings were almost empty. After that, people started to raid the houses, and now it’s just the dead town of Szentkirályszabadja with its ruined and creepy buildings where a lot of teenagers and adventurous people visit hoping for exciting experiences.

25 years ago the Iron Curtain fell. Ten years ago, eight post-communist States joined the EU. But what do we really know about our neighbor on the other side of the border? Send your thoughts to berlin(at)cafebabel.com to become a part of the team or reporters!