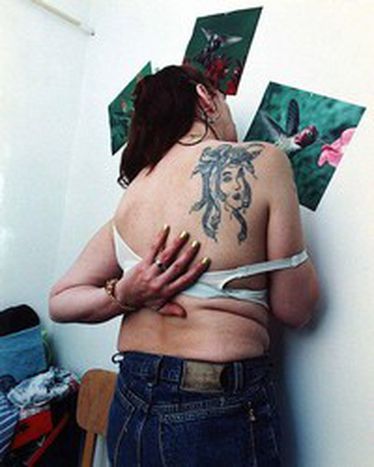 Women living in the shadows of the bars

If prisons are a taboo, then transgression by women is even more of a taboo. For the female population behind bars, discrimination and inequality are flagrant

‘Most of the time, women go to prison already broken by years – if not lifetimes – of physical and sexual abuse exerted on them by men.’ These words belong to Jane Evelyn Atwood, an American photographer who, for nine years, met and immortalised prisoners across Europe and America.

Another distrubing reality lurks behind the shadow of clichés of a 'masculine gangster'. After a 2001 European report on detention conditions, women represent a weak proportion of the prisoner population (4% in France and Italy, 4.5% in Greece, 5% in the United Kingdom, 8% in Spain). Numbers are rising; America's 400% of prisoners is almost twice as much higher than the rise in the number of male inmates.

Women largely committ the majority of non-violent crimes. 89% are locked up for consecutive misdemeanours which are family-related, or for falling by the economic wayside (thefts, cheque fraud, the use of false credit cards or selling narcotics).

Oftentimes precarious, their situations full of emotional and intellectual misery, these women tend to commit more and more crimes related to sustenance. Their stories are characterised first of all by a progressive desocialisation, brought into sharp focus by leaving a job or family.

According to the data from the International Observatory of Prisons (OIP), 20% of prisoners are illiterate, whilst some 50% have only received the basic educational key skills. Another important characteristic is that three quarters of imprisoned women have at least one child.

We are forced to consider that the new vigorous laws used to combat drug consumption and trafficking has in fact risen, and rejuvenated the female prisoner population. In the United Kingdom, twice as many women as men are 'banged up'.

At the same time, there are very few women-only prisons, as the penal code does not consider any 'special treatment'. Female prisoners are generally incarcerated in a reserved wing within male-dominated prisons. This implies a partial or total absence of adaptation in the infrastructure. Additionally, the extensive aggravated state in which women live in the outer world is already fragile: health problems, self-harm and and ever increasing suicide rate.

The European penal rules are very clear on education and employment: ‘women must have access to diverse types of jobs, and their choices should not be limited to jobs which are traditionally considered ‘feminine’’. It makes it clear that no discrimination should be used on the basis of a detainee's sex.

The reality itself is very different. The division between the sexes in prison imitates that outside of prison. Furthermore, proposed employment is often confined to work such as dressmaking. Italy, notably, has a glaring gap in the salaries it provides between men and women in the very same positions.

The principal consequence is that female stereotypes are preserved in their rigid stecutures, forced to work in monotonous jobs. No chance of prisoners re-gaining any self-esteem. Lump in the lack of freedom, intimacy and identity, and it’s rarer for female prisoners to gain access to any real programme of education, in amongst this so-called process of 'rehabilitation'.