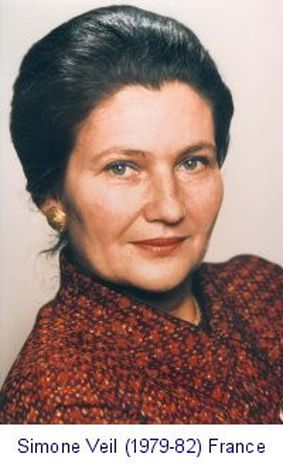 Women represent 52% of the world population and yet they do not carry the same political weight as men. But this does not mean the European Parliament should encourage positive discrimination.

The first directly elected European Parliament of 1979 featured a female representation of only 16.5%. Now, following the 2004 elections, 222 of the 732 MEPs (or 30.2%) are women. It is a fairly significant increase, but one which is unevenly distributed among the member states. With women constituting 57.9% of its MEPs, Sweden is at the top of the class. Luxembourg and Holland complete the leading trio with 50% and 44.4% respectively. France follows close behind with 43.5% whilst the majority hover around the 35% mark, including a mixed bag that constitutes Denmark, Lithuania, Spain and Hungary. On the honours list of ‘macho’ nations are Poland (13% women), Italy (19.2%) and Cyprus, the overall winner with an improbable 0%.

What’s behind these numbers?

These disparities in the number of female MEPs can essentially be explained by two factors. Firstly, there is the cultural-social aspect whereby Nordic and protestant countries naturally tend to grant more space in politics to women than Latin nations. Secondly, the method of designating representatives in the European Parliament is also significant. Indeed, since 1979 members have been elected by universal suffrage in accordance with the terms decided upon by the member states responsible for their own voting system. And the consequence of this? A huge diversity in electoral systems, depending on each state and its own guidelines on the representation and protection of minorities.

And so, to look at the French example, if the number of French women with seats in the European Parliament is so high, it is undoubtedly not due to any recent change in the French attitude vis-à-vis the role or electoral behaviour of women. Rather, it is due to law no. 2000-493, passed on 6 June 2000, which favours the equal access of women and men to electoral terms of office. It is these kinds of laws on political parity that lie at the root of the gender balance in the European Parliament; laws based on the principal of positive discrimination and the protection of minorities.

Positive discrimination, such as laws on electoral parity, could be understood as the translation into law of the inability assigned to women, by men, to present themselves as a representative and decision-making force in political life. Male-female parity is therefore the idea that women, much like species in danger of extinction, should be protected and treated differently to other citizens solely because their gender constitutes a handicap in itself; a paternalistic good deed for a society that is not evolving rapidly enough in the eyes of the precepts of good governance.

Have women themselves demanded the implementation of this system of parity? No, because the system is triply unfair! Unfair firstly because the laws on parity lead to a woman being granted a post not because she possesses the required skills but because she is not a man. In this way she is taking a post from a man who may be more competent or prepared. Secondly, because the laws on parity are the most perfidious and malicious form of domination of women, with the introduction of a discriminatory measure affecting 50% of any given population … And lastly because they prevent the search for other ways of integrating women into political life and propagate the idea that masculine benevolence is the only way of allowing women access to these higher echelons.

In search of Girl Power

Whilst positive discrimination and the search for political equality at whatever price can seem to be, on the face of it, a good solution for female integration into the political world, this argument should be qualified. The emancipation of women and their rise to political power should surely count as an affirmation of their rights, both within society and at the heart of the economic structure; a situation that will only be achieved with patience and certainly not with the violation of electoral power. Let us start by agreeing to recognise the competences of women as being at the very least equal to those of men. And by paying them equally!