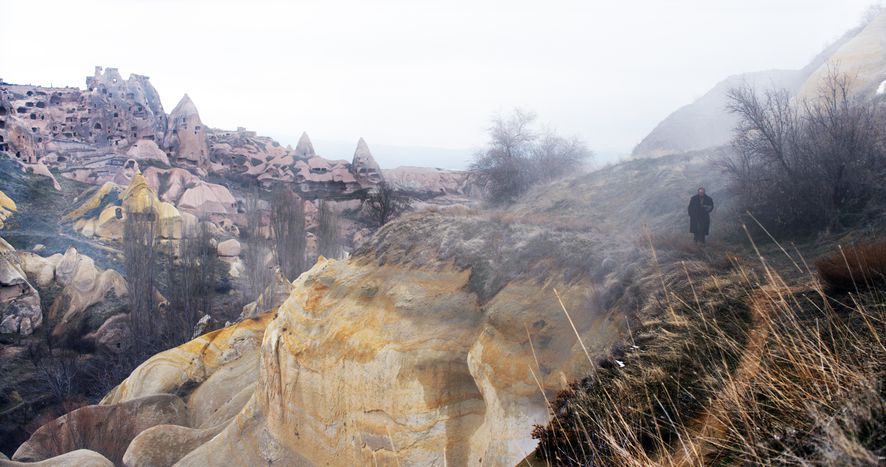 Winter Sleep: Children of the Cold

Winter Sleep (2014), directed by Nuri Bilge Ceylan and winner of the Palme d’Or for best film at Cannes, will premiere in the UK on November 21. It’s not just another movie. It engages in a dialogue with a whole European tradition best observed from the outside. Winter Sleep deals with the obsession with one’s image and gestures, depicting a winter’s myth and European iconography.

There’s something hidden in the hands of the Italian quattrocento and cinquecento paintings. It was always there in reality, but it was with the Italian maestros that it found the grace of God. These subtle hands express everything: They hold a child, accept an order, glorify the earth, pardon sins, doubt, agree and disagree. Gestures are immortalised with grace; and not only that, for the story of the painting is told through these hands. Here you can see the Virgin Mary accepting the annunciation in Leonardo da Vinci’s painting. In Bronzino’s scene, Venus is exalted, Cupid fondles mischievously, Time throws his cloak over all things and Folly is anxious in the shadows. Beauty and its transcendence are in these hands.

Nuri Bilge Ceylan (Istanbul, 1959) is obsessed with gestures, which extend from the hands to the body, from the body to the facial expression and silence, to thoughts and feelings. It is difficult to let private obsessions enter one’s cinematography without falling into some kind of trap. For example, a good photograph is often branded ‘affected’, and this adjective is meant disdainfully. Such is Ceylan’s cinema: affected. He’s sensitive to gestures, particularly in his latest film, Winter Sleep (2014), which won the Palme d’Or for best film at this year’s Cannes Film Festival. At 196 minutes long, The Guardian even compares it to Ingmar Bergman. It’s no surprise, since this sensitivity is present in both directors’ work, with the importance being placed completely on conversation. Both of them have managed to follow the old adage ‘a picture is worth a thousand words’ and simultaneously create more parallel or superimposed pictures with those thousand words, purely through dialogue. Just like Bergman, Ceylan resurrects Europe’s ghosts, as many Russian authors did before him; he’s inspired by these authors, especially Chekhov. We could say that these introspections from European cinema seem better when they come from its peripheries, from the border regions. The Swedes and the Turks have become some of the most lucid thinkers of their era.

Anatolia closes in around Ceylan’s work. Everything is an extreme which is quite easily perceived as an oddity in a natural environment of magnificence and emptiness. This emptiness makes its presence felt throughout the entire film. The region has made use of its small caves to build houses. They live embedded in nature and surrounded by a desolation which is felt from the very first moment of the film. There is emptiness as well, because Ceylan introduces us almost literally into the head of Aydin, the protagonist, a former theatre actor who runs a successful hotel in the country. He is one of the richest men in the area, a sort of modern-day petty king, meaning that the movie also discusses power. The responsibility that Aydin delegates to himself is for the pleasure of writing, of keeping up his facet as an artist and intelligent man. In short, as an intellectual. This is where the first question comes in. Is there any point in intellectualism in the middle of nowhere? 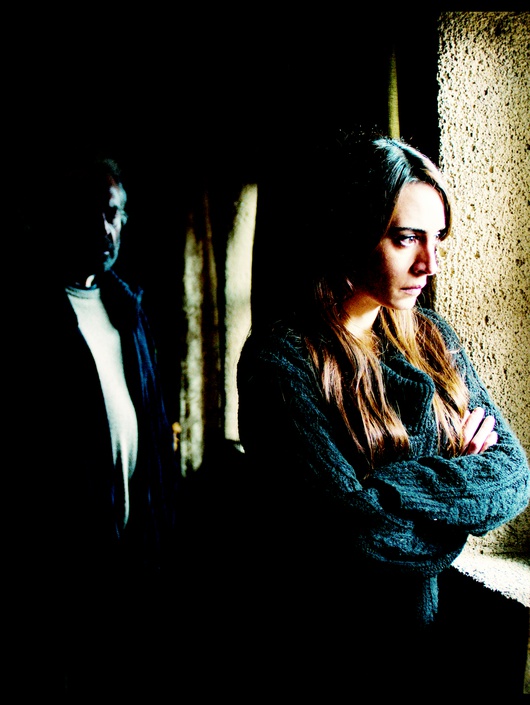 Winter is closing in on this landscape of such magnificence and emptiness, and it’s not just the harshest time of the year; the winter gives context to the film, it’s a (somewhat) blank canvas which encourages the development of the characters. The hotel has hardly any guests in winter, and they find themselves trapped in their own solitude with no other shapes, colours or characters to distort them. The characters naturally appear to have been taken from Russian literature. The protagonist is the intellectual, a man who prides himself on his possessions, engulfed in a certain solitude, a certain inability to act. His sister, very similar to him, but a woman – which is important, because it is hard to break tradition – clashes with her brother. She has to. It is her role, and she shows him another side to the truth, because she can see above him. There are some scenes in which the two siblings are in Aydin’s study. These are moments of intimacy when it is already gone dark and they are on their own, him typing away on his computer and her behind him, glossing through a magazine and fixing her gaze on the back of the man’s neck, starting the conversation like somebody firing the first bullet. And yet both represent the same thing: the engrossed individual incapable of keeping his feet on the ground.

Another character is Aydin’s wife, a beautiful and intelligent young woman who is trying to find a meaning to her life. The three of them are trapped inside themselves and in their roles, all of them lost, expectant and lonely, surrounded by the winter. It’s worth adding that the hotel is located high up in the landscape from where they can look out upon the territory inhabited by people who are, in some ways, their subjects. And not only that, but their position distances them from reality. The minor characters are more or less directly affected by these three protagonists: not only by their decisions, but also by their failure to take action. As the movie starts, a boy throws a rock at the window of Aydin’s car, which is a response borne out of violence, a violence provoked by the protagonist’s attitude. Difficult to comprehend, perhaps…

The transcendence of gestures

But we were talking about gestures, and this triad of protagonists revolves around its obsession with them. Why do something and how? This contrasts with the more unfortunate minor characters who act without focusing on the ‘how’, out of necessity and a simple moral obligation which is just twisted by Aydin and his sister. They’re examples of the modern man, wealthy and obsessed with the aesthetic side of the world. Aydin’s sister searches for a gesture to save herself. His wife, closer to the real world, looks for a way to find herself in those who don’t have a choice, and getting closer to them will be what saves her or not. Aydin, for his part, remains quiet and expectant, embarking on clumsy ventures in a more or less capricious way. None of the three are heroes; they’re humans with exaggerated shadows. However, Ceylan doesn’t succumb to being a do-gooder; his poor characters will not “inherit the earth” as it says in the scriptures, for they are neither heroes nor victims. The director simply portrays the interrelationship between those that can and those that cannot.

Amongst the works of Pierre Michon, born 1945 in Creuse, there’s a book called Mythologies d’hiver (Verdier, 1997). If Michon and Ceylan ever spoke to one another, they’d be on the same page, because their works certainly are. In Mythologies d’hiver, the French author, one of the country’s best writers who was awarded the Grand Prix du Roman de l'Académie Française in 2009, depicts small scenes of a more or less historical nature and transforms them into myths, the protagonists of which become patrons or archetypes of things. Michon’s prose is epic, it comes back down to earth, even if on the tip of his pen he may have found the grace or glory of God. It’s the magnificence of the evident, what’s beyond the simple things and is common to everything. We could say the same about Winter Sleep, underlying the work is the transcendence of gestures. It creates a winter’s myth about the modern man, an individual full of absurdities, caught up in his ideas and fearing life’s simplicity, perhaps because there’s something in it that he doesn’t wish to see: a true reflection of himself.