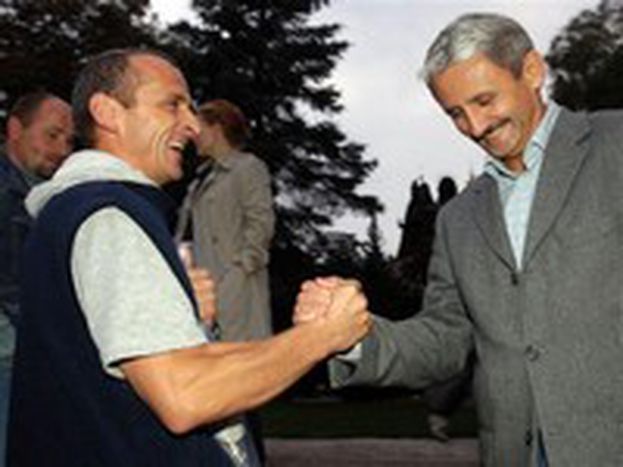 June 17 sees Slovakia go to the polls with the expectation that the outcome will mean change in the government. Current Prime Minister Dzurinda may be popular abroad, but at home reform-weary citizens are looking in another direction

Ten years ago, the world worried about Slovakia. The government of autocratic Prime Minister Vladimir Meciar was considered to be authoritarian, corrupt, and the country was closed to foreign investment. Slovakia seemed to be heading in the direction of downward-spiraling Belarus and the EU reacted by temporarily keeping Slovakia out of the enlargement negotiations.

Since then significant political and economic changes have taken place that have reversed the country’s outlook. Things began to change in 1998 with the election of a reform-minded coalition, led by Prime Minister Mikulas Dzurinda. This coalition began the country’s climb out of the “black hole” created by Mr. Meciar, the ousted leader. October 2002 and another re-election for Mr. Dzurinda saw the Slovak government kick economic reform into high gear. They haven’t looked back since.

With the country’s strong economic successes – including reform of its tax and pension system, and strong incentives to encourage foreign investment – Dzurinda’s reputation abroad could not be higher. The man who pushed through ambitious reforms in an impressively short period of time has certainly been part of the reason Slovakia was invited to join the EU and NATO in 2004 and why foreign direct investment (FDI) to Slovakia has increased substantially in these last few years.

Many Slovaks, however, are not happy with how things have progressed. Unemployment is still high, with regions in the center and east of the country still hovering at around 20% unemployment. Cutting social benefits has affected many by reducing unemployment benefits and pensions, and introducing co-payments for doctor visits. The average Slovak is reform weary, especially when most of the reforms, particularly the 19% flat VAT and income tax, seem to benefit the rich, and many feel there are few results to show for the sacrifices they continue to make on a daily basis.

Two steps forward, one step back?

The right-leaning, pro-business government looks to lose ground to leftwing parties this election. In all likelihood the results from Saturday’s election will mean the end of the Dzurinda era. Does this mean that the path of economic reform, which has propelled Slovakia to economic and political success, will be altered or worse, reversed? It’s not likely.

Though reforms that are viewed as painful may not be popular, in large part people recognize they are necessary. Many Slovaks are looking to slow down the reform process, not to reverse it. Secondly, the coalition parties that comprise the next government will temper each other’s arguments for changing major policies. The 19% flat tax for example, may not be popular with the major left party looking to make ground this election, but the majority of parties are not interested in altering it.

With the election change will come, but due to good governance over the past eight years, there is little fear Slovakia will veer too far off its forward course.