Why Poland and Belarus are brothers in arms

Belarus is a small country in which all that awaits its political dissidents is prison. 'Public enemy number one' Alexander Lukashenko has been at the head of the state since 1994. If the so-called parliamentary elections in late September showed one thing, it was that there is nothing democratic about Belarus.

However, political activists can carry on with their fight for freedom thanks to the support of a neighbouring country

Poland is like a breath of fresh air for the Belarusian people who are being repressed by Alexander Lukashenko's regime. In the wake of Belarus' parliamentary elections in September, the opposition held its press conference four hours away by train in Warsaw instead of Minsk, where freedom of speech is virtually silent. At the Polish news agency, activists, prisoners' wives, Belarusian journalists and experts take it in turns to speak out in front of the media. Backstage and striking a pose in front of a banner, some people are wishing Ales Bialiatski, a known activist and who's been detained, a happy birthday. More often than not, the Belarusian activists travel to Poland in order to talk to the Polish and foreign media. Not only is Poland what you would call a genuine friend but the two nations are also on friendly and brotherly terms.

Independent journalists are routinely harassed and are on the top of Lukashenko's blacklist. There is no freedom of expression nor freedom of the media. Being intimidated and controlled by the Belarusian KGB (secret services) is what the media get in the end. Prisons are full of political opponents and journalists living side by side. Natalia Radzina, editor for the pro-democracy news website Charter 97, was detained because she took a huge part in the mass protest against the results of the 19 December presidential elections that gave Lukashenko another term. This was the beginning of the end for many free thinkers. After being released from prison, Natalia sought refuge in Poland and Lithuania, where she is now carrying her action from. 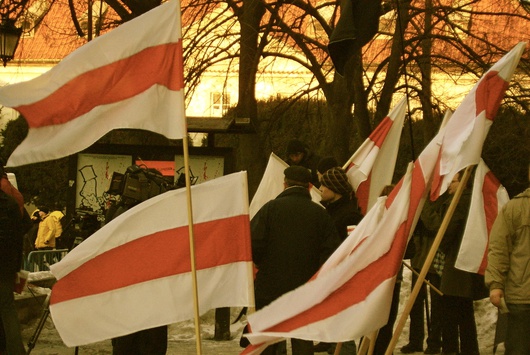 But silencing the media is far from enough for Lukashenko. He's now trying to get to the Polish ethnic minority living in Belarus. The Poles of Belarus number about 400, 000 out of the 10 million of the country's inhabitants. Voluntary organizations have been targeted. The government is cutting back their funding and put them under pressure. No wonder that the Poles take an instant dislike to Belarussian opponents' enemy. And who doesn't know the old adage: 'my enemy's friend is my enemy'. That's the reason why whenever Poland and its people can help the Belarusian opponents they do. In Warsaw, groups like Solidarity with Belarus organise meetings with activists on a regular basis, but also huge events like fundraising concerts. 'The Solidarity with Belarus information office based in Warsaw was created in January 2011, following the mass protest against the results of the 19 December presidential election,' says director Yuliya Slutskaya. 'Its role is to try to build a bridge between Belarus and the international community and to bring the situation in Belarus in the spotlight, so that everybody in the world knows what's going on in Belarus.'

Whenever Poland has a chance to stand with the Belarusian opposition, it will do as its support is first and foremost political. From July to December 2011 Poland was at the six-month rotating head of the council of the European union. It was up to Donald Tusk and his government to engineer the second eastern partnership. An agreement was reached between the EU and six countries in eastern Europe and the southern Caucasus: Armenia, Azerbaijan, Georgia, Moldova, Ukraine and Belarus. On 29-30 September in Warsaw, Donald Tusk and foreign affairs minister Radoslaw Sikorski took matters into their own hands. They did not invite Lukashenko, labelled Europe's last dictator, along with his European counterparts. While Lukashenko was shunned as a persona non grata, the Polish prime minister and the president of the European council in Brussels,Herman Van Rompuy, met with the Belarusian opposition, outside of the eastern partnership summit. Poland 1-Belarus 0. 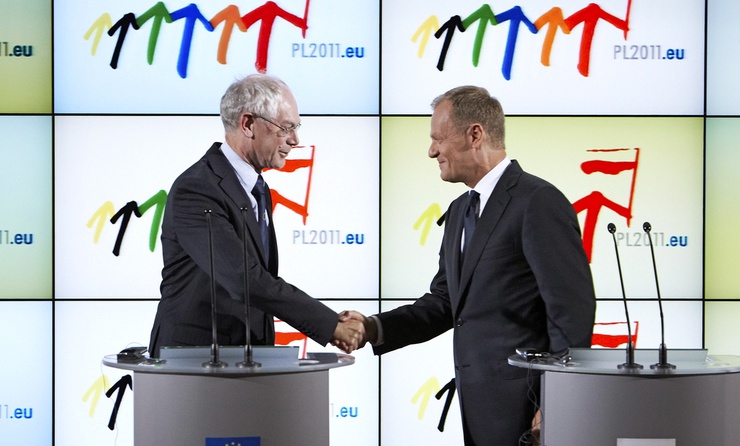 The political oppositionist Ales Bialiatski, who was sentenced to four years in prison for having taken part in the mass protest against the results of the 19 December presidential election, was honoured with the Lech Walesa award for his human rights work (and a 2012 Sakharov prize for freedom of though finalist from the European parliament - ed). As he is still serving his sentence, his wife Natalia Pinczuk received the award in his name. Being honoured with the award, named after the long time leader of the Polish trade union Solidarnosc is also a sign of how supportive Poland is of the Belarusian political opposition. Poland 2-Belarus 0.

Thanks to its past as a communist country, Poland doesn't approve of anything to do with Russia

Of all Lukashenko's weak points his eternal dedication towards Russia is the one which doesn't sit well with the Polish people. Thanks to its past as a communist country, Poland doesn't approve of anything to do with Russia. The strong public reaction following the Smolensk air disaster was proof of that. Suspicions and conspiracy are have come to light. Since 'my friend's enemy is my enemy', therefore 'my enemy's friend is also my enemy'. Their shared past has forever scelled their fate. As in Poland, Belarus was torn between taking sides with the nazis or the Russians. Again, Belarus fought for its independence when the soviet bloc collapsed. Brothers in arms - apart from the fact that today one is a democracy and the other is a dictatorship.