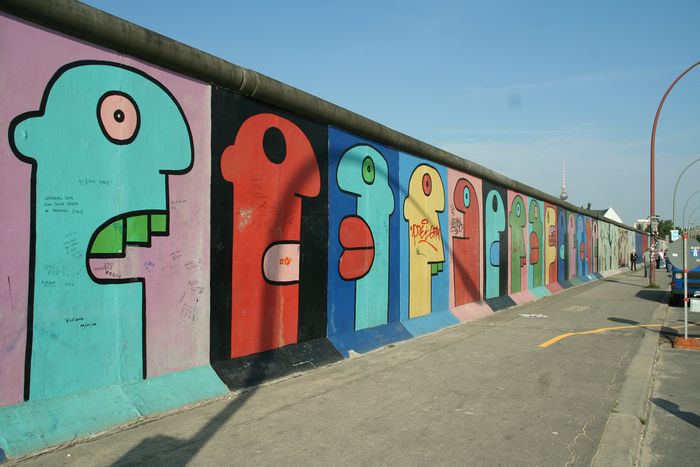 I’ve been living in Germany for a year now. So far, the closest I have come to being chatted up was when, out of the blue, I found myself at the receiving end of a stream of lager-fuelled verbal abuse. I only hope that this wasn’t supposed to be a chat-up line.

Of course, I’d be willing to accept that the problem lies with me – I’m no Angelina Jolie, after all, and I don’t even own a push-up bra. Indeed, I did assume the fault was my own, until I realised I wasn’t the only one to have experienced such blatant indifference to my feminine charms. For, as it turns out, every girl I know in this city has suffered the same disinterest. Fiona*, who’s been living here for 2 years, wasn’t at all surprised when I suggested that it was difficult to get to know men in Berlin: “Oh absolutely, you have to be really pushy here – German men never make the first move.” And Carola told me that in all her life, she had never once been chatted up by a German man: she is a native Berliner. Men here simply do not approach strangers.

And I’m not even being very demanding here. After all, my standards are based on the charming yet mostly hopeless British / Irish culture, where flirting mostly consists of clumsily sidling up to a girl at the bar and stuttering something incomprehensible, or later on, perhaps, drunkenly lunging at her on the dance floor. My flirtatious encounters to date have been mostly unmemorable and rarely romantic. (The low point would have to be: “I like the way your hair blows in the breeze”. We were sitting in the living room at the time.) But even those goofy lines or leery gestures, cringe-worthy as they are, give you something to work with, and at least let you know where you stand. In Germany, that serious-looking man sitting just over there may be passionately in love with you, and you would never know.

So what is actually going on here? Is it that German men don’t want to flirt – or is it a matter of being physically unable to do so? Some kind of genetic thing, much in the way white people can’t rap and Europeans can’t dance? Did the emergence of the Italian Stallion and French charmer all those centuries ago cause the German species to evolve in the other direction – nature’s way of balancing things out for the women of Europe?

The evidence of a German incapacity to flirt is rife, at least on an anecdotal level. The numerous “flirt schools” and flirting workshops across the country would barely survive the close of a business day somewhere in the Med. And recently, an article that appeared in several publications compared flirting habits across cultures. German men, it found, “see the conquest of German women as an extreme sport…. The charm thing doesn’t really come into it”. Clearly German men aren’t much into their high-risk sports; according to the author, they may even be victims of “Venustraphobia” – the fear of chatting up beautiful women. Some see this fear as having been provoked by an excessively emancipated female population, who have now taken over the predator role in the sexual hunting game.

But could it simply be a matter of men behaving in the way that society expects them to? German women, it is claimed, expect their menfolk to show restraint. The Spiegel Online, in the run-up to the German World Cup in 2006, provided some guidelines for foreign fans looking to “score a German” after the game. Would-be seducers should be cautious, it warned, since saying hello to a German lady “comes across as overly forward”. Saying hello? What is this, the 19th century? The Deutsche Welle, offering advice to international students on the subject of flirting, also advises caution. Apparently, “eye contact and good manners” will get you much further than “exaggerated macho posturing”. It seems the definition of flirting auf Deutsch is still limited to a stony-faced stare from across the room.

So why don’t men here flirt? Partly it’s about conforming to standards: getting a wolf whistle as you walked down Unter den Linden would be a bit much. But I don’t believe any German woman could justifiably be offended by being approached by a friendly stranger – that’s just an excuse. Basically, men are afraid to make fools of themselves, because that’s precisely the risk that flirting entails, and Germans don’t go in for risks. They like to do things properly and thoroughly, not spontaneously or irrationally. Forget genetic predisposition, or even cultural conditioning. Germans just aren’t into extreme sports. Although, come to think of it, I’ve never been one for the adrenalin rush either. Perhaps it’s time I checked out one of those flirting seminars?

*Names have been changed