Who converts, doesn’t have fun!

Living in Europe is not an easy task for those who earn their money in currencies which are very weak compared to Euro and, besides, for those who live in countries where the cost of living is (very) cheap compared to that of European countries. Who most suffer this problem are Latin American students, as is my case (I’m Brazilian) and that of thousands of persons more.

For those who don’t know, Brazilian currency is the “Real”, which is approximately equivalent to 0.38 Euros. Or, in other words, to buy 1 euro, we need 2,57 “reais”.

What can be done with 2,57 in Brazil? Or, better yet, with 1 euro? Well, to begin with, the canteen at the public university in my area (Santa Catarina) costs 1,50 ( 0,58 euros). You have still got 1,07 left( or 0,42 euros) with which you can have an ice-cream cone for dessert, or have 20 pages photocopied at the university photocopier’s. Looks like a dream, doesn’t it? And if you can spend a little more, there is the possibility to eat at the seaside, at one of the best restaurants on the most famous and hectic beaches in Southern Brazil ( Balneario Camborjú) for 30 reais (at the most!) or, approximately 11,70 euros. 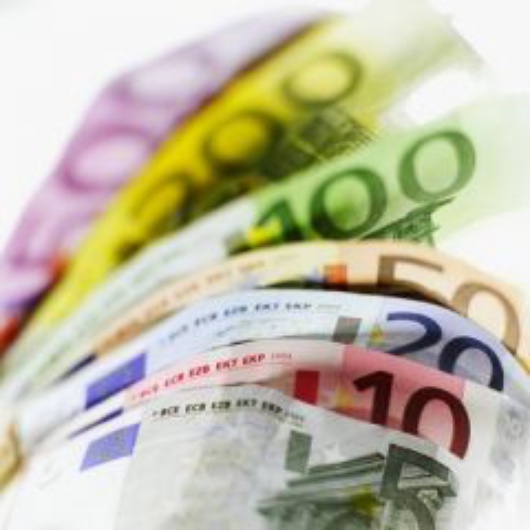 Seems cheap? Well, it doesn’t seem, it really is. However, for people working there and getting their salaries in “” eating at the seaside is a real privilege (unless you work a lot during the year, to save money for the holidays…), but for those who arrive with their powerful euros, it’s like being in paradise. Now, imagine what happens with a student who comes from Brazil and has to pay 6,50 euros for a drink at some disco in Seville. He or she simply goes nuts when imagining all the things he could do in Brazil with these 16,70 . Well, the same student could go 4 times to the cinema (using the student’s card) and he/she still would have 2,70 left to buy two small packets of popcorn.

Well, I want to be fair. Not all the discos in Seville charge 6,50 euros a drink, do they? There are some which charge 8,50 euros a drink, too! And that really hurts a foreigner’s pocket! These 21,84 pay for 3 of my meals at the restaurant I usually eat in Brazil ( dessert and soft drink/juice/beer included!). Look at that! Let’s move on from meals to something wider. Let’s talk about housing.

I’ve already been told that housing in Seville isn’t expensive compared to Madrid, Barcelona, Milan o Rome, for example. Let’s see, sharing an apartment near the Cathedral with 3 more people, costs approximately 300 euros (771 ). With the same 300 euros, on the same beach I mentioned before, I could rent a two- bedroom apartment (or even three bedrooms!), furnished, with a land line phone, broadband Internet, with community included and another detail: everything just for me! As nobody rents something that big just for themselves, it is usually shared. Let’s suppose that two people share an apartment like this, they’ve got 385,5 (150 euros) still left to spend during the month. Well, you can eat 64 times at the “daily” restaurant I mentioned before (or three times at the seaside), or buy two new jeans, or two pairs of new trainers (and good ones!), or three new imported perfumes, or pay the transport to university during seven months, or simply do the monthly shopping at the supermarket and there would be approximately 150 still left for next month shopping. There are a lot of options…

It is for these and other reasons that when I spend six euros on tickets for the cinema, 6,50 euros on a drink, 300 euros on the rent, 30 euros monthly on transport, almost 40 euros on the weekly shopping, 35 euros monthly on Internet and some other “fixed” expenses, I don’t calculate how much this would be in . Who is in Europe has to make the most of it and besides, he/she knew from the arrival that they were going to spend more money. So, I prefer to think in euros, because if I convert…I don’t have fun!