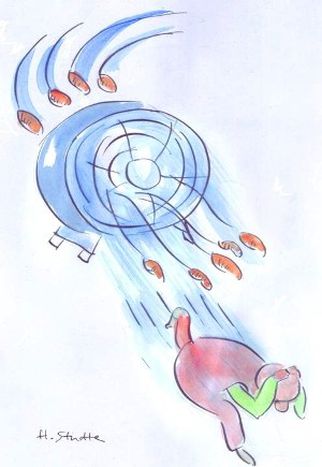 When the shit hits the fan

It's not just the last century - Europe has a long history of getting into problems. Thus, it is not surprising we have a rich tradition of expressions that warn us to get out 'before the shit hits the fan' as the English would say. The Hungarians have also understood that trouble is bad news

Ha baj van, szar van, echo the Hungarians - when there is trouble, there is shit. As all good Europeans know, getting out of trouble normally just means getting into more of it. The Bulgarians move 'from a thorn to a hawthorn'(Ot tran ta na glog), while the Hungarians opt for the less painful route 'from a pail to a bucket', cseberbõl vederbe. The Dutch go 'from rain into the drip', van de regen in de drup. The masochistically inclined English prefer to get out of the frying pan into the fire. Given we know this; you might think we would have more success in avoiding trouble.

First published on cafebabel.com on July 2006