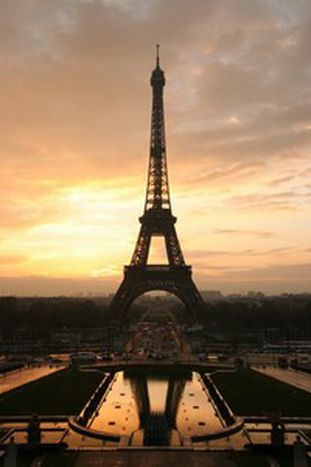 When “scum” take politics into their own hands

More than 6,400 cars burnt, 1,600 people arrested, nearly 100 public building set on fire, imposition of a curfew in volatile areas…for two weeks, France has felt the full force of its failed integration policy. A warning for Europe?

It seems that the Republic’s mechanism for integrating immigrant populations has been derailed and now produces nothing but inequalities. In 1999, almost 4.3 million immigrants were living in France. And if French nationality is automatically granted to everyone born in France, a veritable segregation reigns in the homeland of human rights. The vast majority of French citizens of “foreign extraction” live apart from the rest of the population in suburban ghettos, which constitute a belt of misery around so many of France’s larger cities.

For the young off-spring of France’s “third world,” the Republic’s model of ‘assimilation’ is a bitter pill to swallow. While their parents provided cheap unskilled labour during the Trentes Glorieuses, the thirty years of economic prosperity after the Second World War, today they find themselves hit with an endemic rate of unemployment, as much as twice the national average. For them, the future holds little but instability, under-paid jobs and delinquency. This injustice is made all the more outrageous by the fact that there is no political representation for this population with faraway roots: there is not a single senator or member of parliament of either Sub-Saharan or North African origin.

France is way behind other European countries in this regard. There are four members of parliament of Turkish origin in the German Bundestag, and 15 members of parliament of Pakistani, Antiguan, or African origin in the United Kingdom. Whether among politicians, magistrates or senior civil servants, minorities are virtually absent from all positions of authority in France. Add to this the political weakness of President Chirac, plagued by corruption allegations, and a government paralysed by internal struggle, which oscillates between presidential silence on the riots and provocative little statements from the Interior Minister, Nicolas Sarkozy, who has labelled the rioters “scum”. It did not take long for the “scum”, deprived of all means of expression, to take politics into their own hands after the accidental death of two disadvantaged youths in an electricity substation when allegedly fleeing from the police.

The failure to integrate immigrant populations is not the preserve of France alone. The UK’s multicultural model (as opposed to the ‘colour-blind’ French one) has also seen some reverses. Though ethnic diversity may be well reflected in the British institutions, the terrorist attacks in July and the race riots in Birmingham in October show the limits of the system. It appears that many communities do not actually mix and that interethnic racism grows worse.

In the Netherlands, the popularity of Pim Fortuyn's anti-immigration rhetoric (who was assasinated by an animal rights campaigner) and the murder of Theo Van Gogh, the community integration model has begun to be questioned. In the suburbs of Rotterdam and Amsterdam, the living conditions for Moroccan and Surinamese minorities are identical to those in the suburbs of Paris. Economically disadvantaged, their relations with Dutch society, until recently quite tolerant, are becoming more and more strained.

If the revolts in disadvantaged inner city areas of France do not force governments across Europe to acknowledge there is a problem, then these riots may be just the beginning.