When ECOSOC communicates for and on Europe

What is ECOSOC? In the Brussels Euroxpat language it stands for the European Economic and Social Committee, a consultative body where European representatives of civil society, trade unions and employers share a platform to put forward opinions on decisions made by the European Commission, the European Council or the European Parliament. 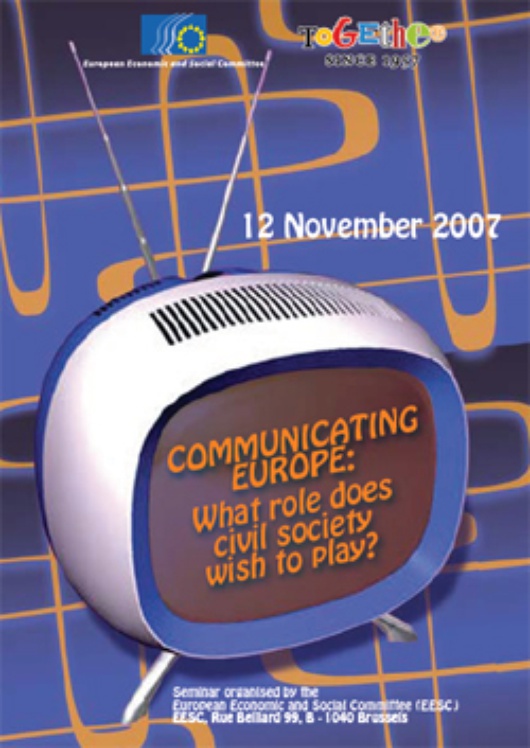 On 12th Nov ECOSOC organised a one day seminar on "Communicating Europe: what role does civil society wish to play?" which gathered around 150 communicators from across Europe.

Daniel Feher (Dialog 09) and I moderated a workshop on "How to better reach the European Public? The Role of the Internet in communicating and consulting civil society organisations". I always enjoy these types of events because 1. you meet new people 2. you share ideas. The objective of the workshop was to find ways to improve communication towards European citizens and provide communication channels for European citizens to use when seeking to connect with EU Institutions. The web 2.0 can open these channels (let's not get into the whole debate of whether 2.0 is for real or not :-) ). And given the fact that ECOSOC works directly with civil society, it has a key role to play in making them available.

This was the idea Daniel and I tried to convey during our seminar. I was surprised to see, however, the general skepticism 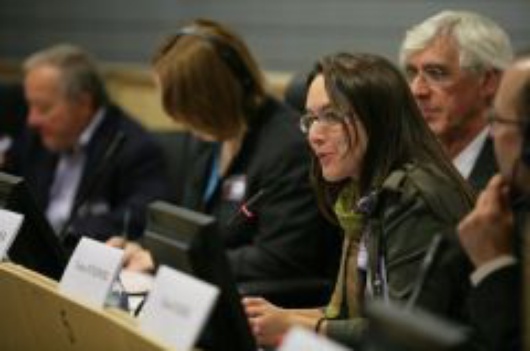 towards the blogosphere: what legitimacy does it have? How can we control the information? Does it really have the power to influence? I thought it was even quite difficult to stick to 2.0 topics at times.

Nonetheless, some valuable examples were given such as, the "Our Europe- Our Debate - Our Contribution", which published videos of people randomly interviewed about Europe,  or the Interactive Ideas blog animated by a young Greek participant. For some, like Willy de Backer, former chief Editor of Euractiv, blogging on environmental issues is now part of his daily professional activities (see 3E Intelligence). In the end, we all agreed that new media tools should be used to provide information in all languages and gather consultations for civil society. "How" remains to be determined. What's important is that communicators continue to share their ideas. Beacause as Yochai Benkler says, there's no point in trying to analyse too much "popular tools of communication", since "these will undoubtebly be supplented by new ones". This is why Daniel and I have created a facebook group called "Communicating Europe", a group to share ideas and best practices- so feel free to join.

In fact, should the new Treaty of Lisbon be ratified, civil society will have its word to say so figuring out how is extremely relevant. During the morning session, one of the participants suggested the idea of launching a "European Civil Society" wiki tool, based on the wikipedia model (see also Adriano's eurogeneration article on "Inside Wikipedia and more"). One of the panelists suggested to create a sense of European belonging with simple means: first day of school under a Greek theme or a Spanish day at the canteen. And why not see the Erasmus programme extended to apprentice students and teaching bodies?

I'm fairly convinced that many of these brilliant ideas had already found a fertile ground at MEP Gérard Onesta's "Citizens' Agora" organised the week before at the European Parliament and which was mentioned here and there throughout the day. But the best place for inspiration remains in cafés (hence café 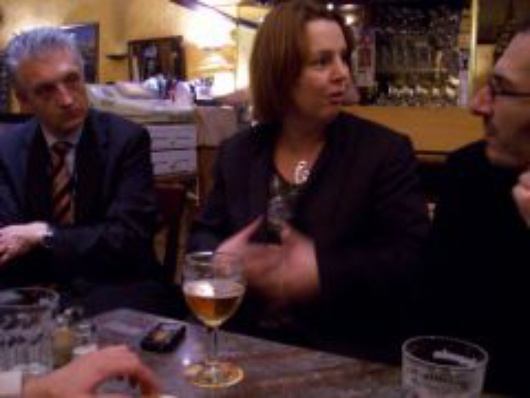 babel... get it? :-). After an intense day of listening, brainstorming, networking and communicating (!), a nice drink with Mrs Jillian Van Tournhout, Vice-President of ECOSOC (and former business woman who converted 2 years ago to the non-profit sector), her team and other participants gave new impetus to our common objectives.